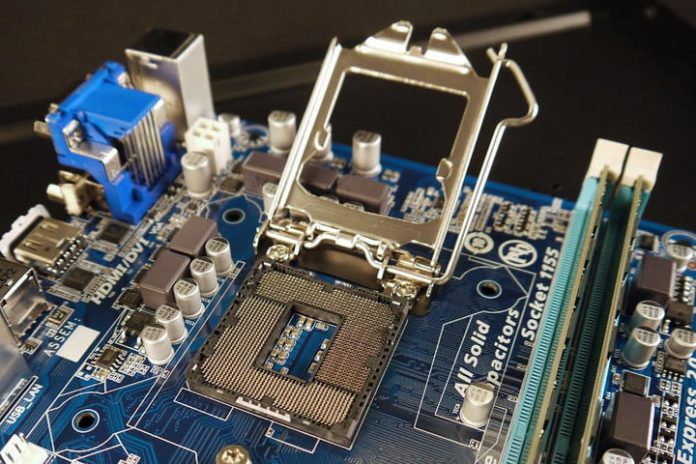 Computers have used socketed processors for most of the PC’s lifespan, with a few notable exceptions like Intel’s cartridge-based Pentium II and III aside. These sockets change every few processor generations to cater to new chip pin layouts and to take advantage of the new enhancements in performance and features.

The skinny on sockets

The socket is the physical interface a processor connects to. In the case of an LGA socket, it consists of a series of pins that correspond to flat connectors on the bottom of the processor. When new processors require a different array of pins due to their design or improved functionality, a new socket is born. Since Intel is a primary creator of processors, the sockets the company designs are particularly important, so knowing the LGA that your new hardware is compatible with is important. If you’re curious, the other big manufacturer, AMD, uses its own equivalent, called PGA sockets.

Physically, sockets are always located on a computer’s motherboard. They can’t be upgraded without changing the motherboard entirely, so upgrading to a new generation of processor can require a complete system rebuild — though other components like the PSU, memory, and graphics card can usually be ported over.

The latest socket upgrade from Intel is the LGA 1200. This is the new socket design on 400-series motherboards that were released in 2020 specifically for Intel’s 10th-generation processors, and they have 49 more pins than before. These Comet Lake-S processors are more efficient than the previous generation and have the ability to support up to 10 cores. They also support a variety of additional tech, including HEVC, HDR, and VP9 10-bit encoding. This socket represents a key design shift, and they are not backward compatible with the older 300-series chipset.

The LGA 2066 was released in 2017 as part of Skylake-X and Kaby Lake-X processors and was designed primarily for higher-end desktop computers. It was made to directly replace the LGA 2011-3 socket.

LGA 3647 is a special type of socket specifically made in 2016 to be used on Xeon and Skylake-SP processors, with support for a six-channel memory controller, non-volatile 3D XPoint memory, and Intel’s UPI. There are a couple of different designs depending on if the chip was made for a Skylake or Xeon processor. You’ll see these primarily in server setups.

LGA 1151 was released 2015, designed to accept the new Skylake class of 14-nanometer processors, the sixth-gen Core designs with product names in the 6000 series.

The design supports six different chipsets, from lowest power to highest: H110, B150, Q150, H170, Q170, and the most performance-oriented, Z170. Compared to the equivalent chipsets on the slightly older LGA 1150 line, all of them support more USB 3.0 connections, faster DDR4 RAM DIMMs (though some motherboards can also be equipped with older and cheaper DDR3 RAM), and for the low-end chipsets, more SATA 3.0 connections.

All LGA 1151 compatible chipsets, except for Z170, restrict overclocking to the GPU only — if you want to overclock your CPU or RAM, you’ll have to opt for the high-end chipset. SATA RAID support is included only on the H170, Q170, and Z170 chipsets, and only the Q170 adds support for Intel Active Management, Trusted Execution, VT-d, and Vpro. Support for these technologies is contingent upon a compatible sixth-gen Core processor.

Like other Intel sockets, it can be found on six different chipsets; H81, B85, Q85, Q87, H87, and Z87. The first trio (H81, B85, and Q85) can be considered the entry-level line. None of them offer support for Intel’s more advanced features, like Intel Rapid Storage and Smart Response.

We’ve rounded up all the LGA 1150 processors on Newegg for a closer look. These chips also include Devil’s Canyon processors, a line that has now been discontinued (which is why you don’t hear it discussed in the same way as Skylake, etc.).

The oldest socket we’ll cover in this guide, Intel’s LGA 1155 arrived alongside the second generation of Intel Core processors. The socket served as the mainstream option, so most of Intel’s Sandy Bridge line of CPUs is compatible with it. High-end processors, like Intel’s six-core models (called Sandy Bridge-E), are the exception; we’ll talk about their socket next.

LGA 1155 is a cross-generation socket. Though built for Sandy Bridge (Intel Core second-gen), it also accepts Ivy Bridge (Intel Core third-gen) processors, which means that owners of an old LGA 1155 motherboard absolutely have some upgrade options available. Upgrading from an old Sandy Bridge dual-core to an Ivy Bridge quad (like the Core i5-3450, for example) can provide a major boost in performance.

Twelve motherboard chipsets have this socket. The older line of chipsets includes B65, H61, Q67, H67, P67, and Z68, and all were released alongside the Sandy Bridge processors. The launch of Ivy Bridge brought the B75, Q75, Q77, H77, Z75, and Z77. All of these chipsets have the same socket, but some features are disabled on the low-end chipsets.

Note, though, that old LGA 1155 motherboards often won’t work with new processors unless you upgrade the BIOS. You can usually find a compatibility list on the manufacturer’s support site. Check it before you make a purchase.

Intel’s LGA 2011 socket arrived after 1155 and served as Intel’s extreme high-end chipset for Sandy Bridge-E/EP and Ivy Bridge-E/EP processors. The socket is designed for six-core processors and for Intel’s full line of enterprise chips (the Xeon series).

There are actually six chipsets for this socket, too, but only one is relevant to consumers: X79. This is the chipset built for Sandy Bridge-E and Ivy Bridge-E processors. The other chipsets are intended for Xeon processors, which are almost always a waste of money for home users.

Other sockets to note

Here are a few other Intel sockets that some readers may still have, but that are probably too old to upgrade.

LGA 775: This socket is ancient. It was used for a wide variety of Intel Pentium 4, Intel Core 2 Duo, Intel Core 2 Quad, and other CPUs from 2006 until the release of LGA 1366. These systems will need a serious upgrade because, in addition to the outdated socket, chipsets compatible with LGA 775 mostly used DDR2 RAM, though a few late-model motherboards were DDR3 compatible.

LGA 1156: Intel released this socket to handle the company’s new line of Intel Core processors in 2008. Though only six years old, the LGA 1156 socket lacks any viable upgrade path.

Intel’s CPU socket lineup won’t become less confusing anytime soon, largely due to how technology progresses. As processors gain new abilities or are redesigned to offer more speed or take more power, the physical design of the hardware needs to change — and that often means new sockets. Intel continues to create a new socket every few years or more often for specific processor applications. As you’ve seen, understanding the latest socket options is important not only for computer maintenance but for making the right choice when you upgrade.

Google Pixel 5 unboxing and hands-on: The premium Pixel for 2020

The Pixel 5 is Google's flagship for the year, offering some premium features over the Pixel 4a and Pixel 4a
Read more

In an early Prime Day 2020 deal, Amazon has discounted one of the cheapest Chromebooks, the HP Chromebook 11, by 11%.
Read more

From the Editor’s Desk: Weird phones are the future

Phones like the LG Wing aren't great buys for the here and now, but they'll pave the way for the
Read more