Home News HTC’s coming back with a new smartphone, launching on June 16
News

HTC’s coming back with a new smartphone, launching on June 16 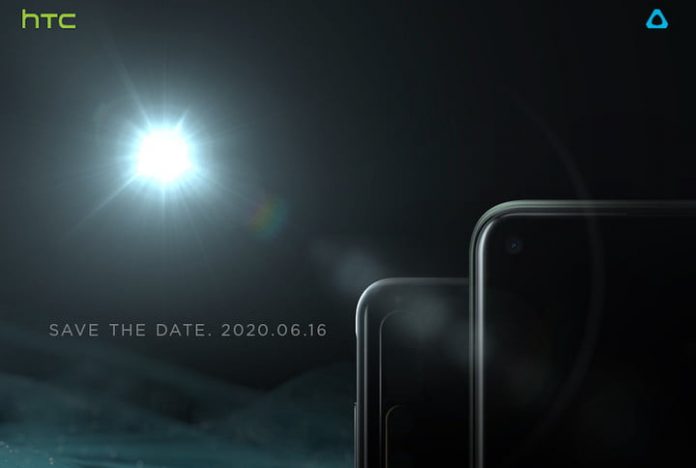 HTC will announce a new smartphone on June 16, the company has announced on its official Facebook page. While it has not revealed any information about the name or the specification yet, rumors have already spread about a model named the Desire Pro 20, and it may be this phone the company plans to launch. The teaser images shows the corner of two devices, but it’s not known yet whether HTC will launch more than one version.

The HTC brand will be familiar to many phone fans, due to its exciting track record releasing phones like the One M8, and older phones like the HTC Sensation. However, the company couldn’t compete with Samsung, Apple, and OnePlus over the past few years, and recent releases didn’t gain much attention. Its once prolific output has slowed to a trickle of localized smartphone releases.

Whether the new phone will change that isn’t clear yet, and the teaser for the device has only shown up on the Taiwanese HTC Facebook page, suggesting it also may not receive a wide release. However, this is not certain. What do we know about HTC’s new phone? Not much from HTC, apart from a hint in the teaser image that it will have a hole-punch camera on the front. Previously, a mockup of the phone leaked, showing what was said to be the Desire 20 Pro with a four-sensor camera on the back, and also a physical fingerprint sensor too.

The pictured device also has a hole-punch camera in the top corner of the screen, which appears to be completely flat here. The four camera sensors may not mean a quad-lens camera though, as the lowest sensor looks a little too small, and may end up being used for focusing rather than photographic duties. This, along with the unusual choice of a rear-mounted fingerprint sensor, does indicate the Desire 20 Pro will be a mid-range smartphone at best, and won’t be taking on the Galaxy S20 Plus or the OnePlus 8 Pro.

However, with affordable phones becoming more popular than ever, thanks to models like the Google Pixel 3a and the iPhone SE (2020), plus HTC’s established history, it’s still one to look forward to. HTC will reveal its new phone through an online event on June 16.

You don't have to choose between becoming a premier creator, editor or producer.Learn to do all three, become savvy in
Read more

Every Target shopper needs to sign up for Target Circle immediately. The old days of paper coupons are gone, and
Read more

Sharing Stadia Pro games could make potentially save families a lot of money.What you need to knowMonths after its launch,
Read more