Home How to How to watch UFC 250 Nunes vs. Spencer live stream
How to 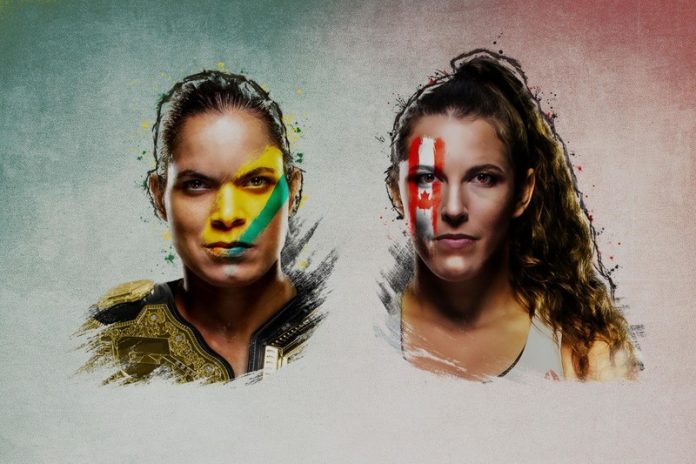 After holding several of its past events in Jacksonville, Florida, the UFC is finally returning to Las Vegas for UFC 250 which will be held at the promotion’s UFC APEX. There won’t be any fans in the crowd though as the event is closed to the public but once again the UFC is delivering a stacked card at a time when most other professional sports have yet to resume operations.

At UFC 250, Amanda “The Lioness” Nunes will attempt to be the first UFC fighter ever to successfully defend world titles in two weight classes while holding both belts at the same time when she defends her women’s featherweight title. Her opponent, Felicia “Feenom” Spencer is one of the UFC’s top women’s featherweight fighters despite the fact that this is only her fourth fight in the promotion. While still somewhat new to the UFC, Spencer previously held the Invicta FC title for the women’s featherweight division. 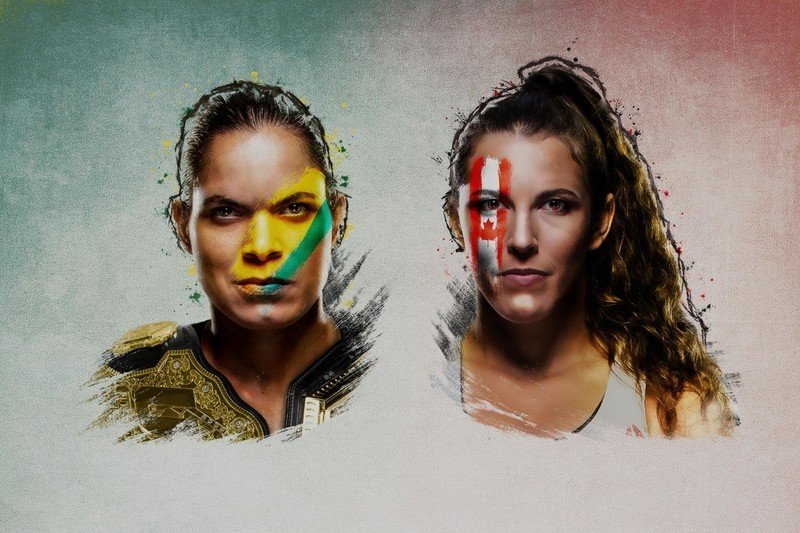 The odds for UFC 250’s main event are clearly in Nunes’ favor as many consider her to be the greatest female mixed martial artist of all time but will Spencer be able to defeat her and claim the women’s featherweight title as her own?

Whether you’re a long-time UFC fan or are just looking to catch all the action as the promotion returns to Las Vegas for the first time in months, keep reading to find out exactly how to watch UFC 250 online or on TV in the U.S., Canada, UK and Australia.

UFC 250 will be held at the UFC Apex in Las Vegas, Nevada on Saturday, June 6. Once again there will be no fans in attendance and the event will be closed to the public. The Early Prelims will kick off at 6pm ET / 3pm PT, the Prelims will follow after at 8pm ET / 5pm PT and the Main Card will start at 10pm / 7pm PT.

How to watch UFC 250 online in the U.S. exclusively on ESPN

As the UFC has entered into an exclusive agreement with ESPN until 2025 ESPN+ is the only place where you’ll be able to watch the UFC 250 PPV in the US. If you already have an ESPN+ subscription, then you will be able to purchase access to the PPV for $65 and this price is for both monthly and annual subscribers.

However, if you haven’t signed up for the service yet, ESPN is currently running a promotion where you can get the UFC 250 PPV and an annual subscription to the streaming service for just $84.98. Although this may seem expensive at first, an annual ESPN+ subscription normally costs $50 by itself.

The best avenue for streaming this fight is with an ESPN+ subscription. You can sign up for a monthly or annual membership, and this event does require an additional Pay Per View package to stream it.

MMA fans in Canada have quite a few options to watch UFC 250 as the PPV is available from BELL, Rogers, Shaw, SaskTel, VideoTron, Telus, Eastlink and UFC Fight Pass. UFC Fight Pass is your only option to watch the Early Prelims at 6pm ET / 3pm PT but you can watch the Prelims on either TSN or RDS beginning at 8pm ET / 5pm PT. Once you purchase access to the PPV, you’ll be able to watch the Main Card at 10pm ET / 7pm PT.

If you have a cable subscription, then ordering the PPV from your cable provider might be the easiest way to watch it. However, if you’ve already cut the cord, then UFC Fight Pass makes a great deal of sense as it will give you access to both the Early Prelims and the Main Card.

Just like UFC events in the past, UFC 250 will be available exclusively through BT Sport in the UK. Good news for existing BT Sport subscribers as you’ll be able to watch the Main Card for free beginning at 3am GMT early Sunday morning. In addition to offering UFC events for free to subscribers, the network also has a spoiler-free replay page so you can watch the Main Card at your convenience. You will also be able to stream UFC 250 via the BT Sport app and on its webpage.

Facebook
Twitter
Pinterest
WhatsApp
Previous articleApple iPad 10.2, Apple Watch Series 5 back down to lowest-ever prices
Next articleBest NordVPN deals: Here’s how to save 70% for a limited time only

Calling all fans of eccentric animated series: Here's how to watch Cartoon Network's Steven Universe online.
Read more
How to