Home How to How to watch Futurama online: stream all 10 seasons for free
How to 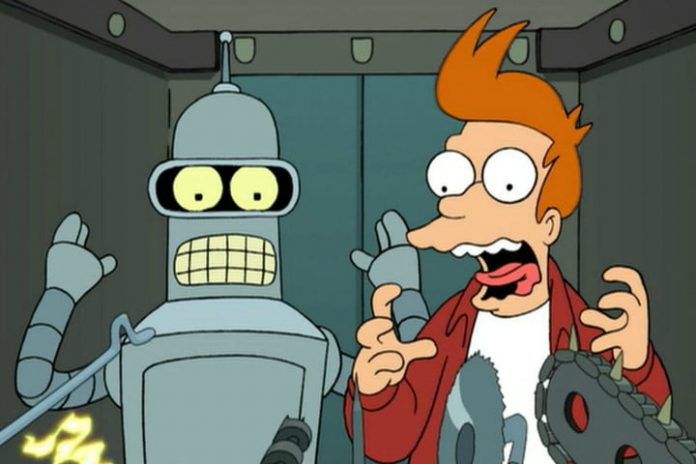 Matt Groening’s second animated series, Futurama, may not have lasted nearly as long as its earthbound older sibling The Simpsons, but to be fair nothing has. The Simpsons has been running steady since 1989, but Futurama, which launched a decade later, did enjoy a healthy total run of seven years on Fox and Comedy Central and possesses its fair share of loyal, lasting followers. (The tireless Groening currently has a third show, the fantasy Disenchantment, currently active on Netflix.)

While the animated sci-fi comedy has been off the air for seven years now, thanks to the abundance of today’s streaming platform options, it’s easier than ever for viewers to gain continued access to television shows from the past — which fortunately includes being able to watch Futurama online.

The series takes place in 31st-century New New York, where Fry, an orange-haired pizza delivery boy wakes up after being cryogenically frozen à la Han Solo for 1,000 years. Futurama follows his adventures navigating a strange new world while now working for a different kind of delivery service called Planet Express. Not long after the show’s cancellation, it was memorialized in a 2014 Simpsons episode called “Simpsorama;” both shows are popular fixtures in today’s increasingly vast streaming realm.

How To Watch Futurama Online In The U.S.

As of now, Hulu is the best destination for streaming Futurama. All 140 episodes, running 21-23 minutes each, and organized as seven seasons, can be viewed on the Disney-owned platform. For users new to the service, Hulu offers a generous 30-day free trial, allowing plenty of time to decide if the service is worth the $6 0r $12 a month it would cost after the complimentary period.

The $6 Basic service comes with limited ads, while the $12, much preferable, Premium option is ad-free. Hulu also offers a test period for their packages that comes with Hulu Live TV ($55 with ads or $61 without), and have assorted bundles with Disney+ and ESPN that do not currently come with trial offers.

At the end of May, Hulu added a Watch Party feature where subscribers can invite friends (over age 18) to view and chat about movies and television shows together, so why not try to make an event of it, instead of bingeing Futurama alone?

Additional alternatives for watching Futurama online include heading directly over to Comedy Central, where cable subscribers can either log in using their provider’s info to access assorted episodes, or opt for a little free 24-hour sampling via Comedy Central’s website. Additionally, select episodes from the first two seasons are available through FuboTV, a sports and live TV focused service, which offers a free weekly trial, and DirecTV (no trial).

Purchase-to-download options are always worth considering too. Customers can take their pick from iTunes, Google Play Movies, Vudu, Amazon Prime Video, and FandangoNOW for $5-$10 per season and $1-$3 per episode. And for a bargain seemingly priced for the past, not the future, iTunes and Google Play also offer the entire series of Futurama for just $50.