Home How to How to watch 90 Day Fiancé online: Stream the reality series for...
How to

How to watch 90 Day Fiancé online: Stream the reality series for free 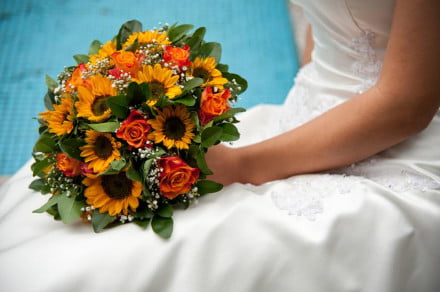 There’s nothing quite as entertaining to pass the time in quarantine like a high-stakes and even higher drama reality show, and TLC’s 90 Day Fiancé offers just that. The series tracks the relationships between couples who have applied for or have already received a K-1 visa — a visa specifically designed for foreign fiancés of U.S. citizens. Thus, these couples have 90 days to plan their weddings and, ultimately, commit to one another until death do them part. Does that sound dramatic enough for your reality TV fix? Then here’s how to watch 90 Day Fiancé online.

How to watch 90 Day Fiancé online in the U.S.

Hulu’s streaming service houses the first five seasons of 90 Day Fiancé. The platform’s free trial lasts an entire month and gives customers full access to its library of popular movies and TV shows. Cancellation is just a few easy clicks away once the trial expires, but if you’d like to continue with the subscription the fee comes out to only $6 per month. Alternatively, if you’d like to continue with the subscription and watch shows like 90 Day Fiancé without ad interruptions, the monthly subscription costs $12 instead. Whether or not you commit to the ad-free subscription, Hulu definitely offers the cheapest deal for those interested in watching the reality show.

Additionally, a smattering of full episodes from the series are available on TLC’s network site. When prompted, you simply log in to your TV provider account and start streaming the episodes that have been made available.

The seventh season of the show finished airing in February, but TLC has yet to renew it for an eighth. Luckily, there have been seven spinoffs of the series (such as 90 Day Fiancé: Before the 90 Days), so once you catch up on all the original series’ juicy drama, there is plenty more content left to binge.