How to make a lead in Minecraft 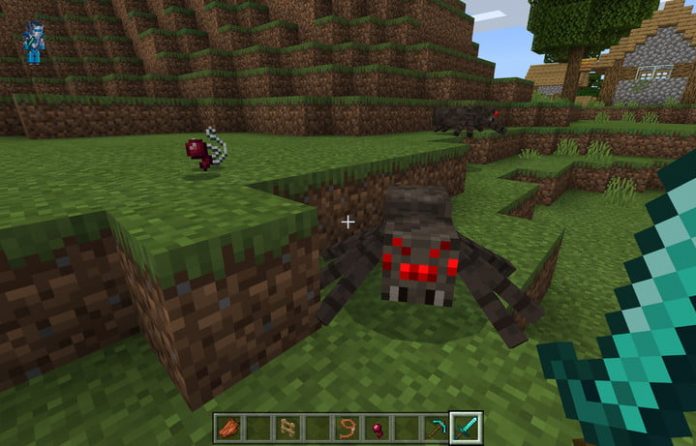 You journey far beyond your typical stomping grounds in search of a swamp and slime. You dismount from your horse and slither into the marshes. Eventually, you emerge with slimeballs in hand, but your horse is nowhere to be found. We show you how to make a lead in Minecraft so your favorite mount doesn’t leave you stranded.

Technically, leads (or leashes) aren’t specific to horses. You can use a lead with any passive “mob,” or mobile creature, so you can keep sheep, cats, dogs, and more in check using a lead. Throw in a fencepost and you can tie up any mob wherever your Minecraft journey takes you.

To learn how to make a fence (and related post), check out our guide. For other horse-related guides, check out these articles:

String – You need four of these to make two leads. They’re dropped by fallen spiders, found in chests, and crafted in the Crafting Table using one cobweb.

Slimeball – You need one of these to make a lead. They’re dropped by fallen slimes, which you can find bouncing around in the dark within Swampland biomes. Here we merely created a slime farm to watch them grow and dance across the water like bouncy pool floats.

A horse (or some other passive mob) – Horses are typically found in herds of two to six eating grass in Plains and Savanna biomes. A horse doesn’t need to be tamed to use a lead. Again, you can leash any passive mob, but we chose to use a horse for this specific guide.

You’ll need to insert the ingredients into the crafting grid exactly as shown. Note that the pattern creates a weird arrow that points to the top left corner of your screen.

Step 2: Place one string each in the top and middle square in the left column.

Step 3: Place one string into the top square in the middle column.

Step 4: Place one slimeball into the middle square in the middle column.

Step 5: Place one string into the bottom square in the right column.

Step 6: Drag the resulting two leads down into your inventory.

Tethering a mob is quick and easy.

Step 1: Drag the lead from your inventory down into the Hotbar and select it.

Step 3: To leash your mob, perform the following:

Tie a lead to a fence

With one end of the lead connected to the mob and the other end in your hand (selected), perform the following:

Alternatively, if you’re far away from a bed and you don’t want your horse wandering around your current location, you can always plant a fencepost and tether your mount.

With one end of the lead connected to the mob and the other end in your hand (selected), perform the following:

The lead falls to the ground like any other item drop.