Home How to How Technology is Changing Sport
How to

How Technology is Changing Sport 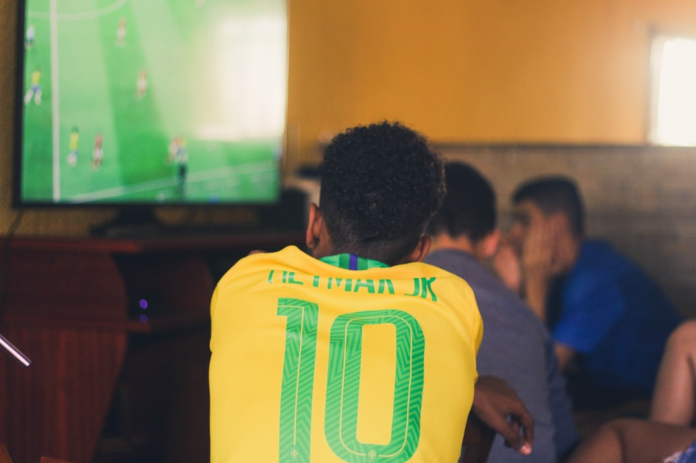 Supporting your favourite team today is a very different experience to how it was a few decades ago. Looking back further, how we watched sports a century ago is completely unrecognisable to modern sports fandom.

When you look at why this is, the obvious answer is money. The ever-growing commercialisation of sport has transformed it from a pastime enjoyed by amateurs and semi-professionals to a hyper-professional environment where billions are made each year.

But money alone hasn’t been enough to cause the changes; increased funds are often a symptom of an underlying driver – technology. Since the mid 20th century, technical innovation has revolutionised the way we consume sports, the way that athletes train, and the way fans can interact with the sport, teams and athletes. These changes are continuing to take place today, and here are the key areas.

Before the mid-20th century, watching a sports game meant donning your best suit and heading to the stadium in person. It was sometimes possible to listen to updates of a match on the radio, but with fewer stations back then, dedicated sports stations were hard to come by.

Then came television broadcasting, making it possible to watch games without attending in person. Attempts to broadcast games go as far back as the 19th century when Canadian hockey fans followed the action of the 1896 Stanley Cup via telegraph. It wasn’t until the 1950s that fans could watch the games on the small screen at home.

TV companies buying the rights to broadcast games on their channels became a new source of income for leagues and clubs. In the UK though, it was feared that airing all football games on TV would reduce the number of people attending in person, so a ban on airing matches that start at 3 PM was put in place. This ban remains in place to this day.

This technical revolution had a side effect that few had predicted at the time and many fought against. Since more eyes were trained on sports games than had been possible before, sponsors began wanting to associate themselves with sports.

South American football clubs were some of the first to place sponsors’ logos on their jerseys, with European teams soon following suit. After some initial apprehension, sponsorship deals were eventually signed in every sport and across almost every level. Today, billions are spent on sports sponsorship, including the naming rights of stadiums, jersey sponsorship, “official partner” status, and the placing of logos around the edge of pitches.

A new revolution is underway too. While for decades, sports leagues have sold the rights to broadcast games to third party companies, many are now beginning to launch their own streaming services. Known as Over The Top (OTT) services, these allow leagues and teams to have direct relationships with fans that want to watch games. Instead of receiving one large fee from a TV network, leagues receive a small subscription fee from millions of fans who want to watch.

The success of services like Netflix, Amazon and Disney+ in changing the way the public consumes TV and movies has proven the concept. The NFL, English Football League, Formula 1 and the NBA have all launched their own streaming services in certain markets. It is also believed that the English Premier League is working on its own “Premflix” service.

Humans have enjoyed betting on sports for about as long as they’ve been playing sports. Historians have even found evidence of Romans regularly wagering on events like chariot and horse racing.

For decades, placing a bet on a sporting event required you to visit a betting shop in person, often filling out a printed slip and handing over cash. Over the last decade, technology has radically changed this.

Today, fans can place bets from wherever they are using their smartphone or computer. This means that it’s possible to watch a game on TV at home and place bets at the same time. This type of betting is particularly popular for big championship final games like the Super Bowl, with hardcore and casual fans both going online to compare the best odds ahead of the big game.

This convenience has also helped to popularise proposition (prop) bets, where fans can bet on events like which player will score next, or whether there will be a penalty awarded.

Until recently, fair play was achieved in two ways. The first was the reliance on honesty and good sportspersonship and the second being referees, umpires and/or stewards who watched the game closely to spot infringements.

For the most part, these systems worked (and still work) well. Except, occasionally teams and players are found to intentionally cheat and referees sometimes make the wrong calls. Such events can be quite controversial and leave many fans angry and upset, particularly since leagues tend to stay away from changing results of games retrospectively.

Technology is now being used to try and improve this. Cameras and sensors are being employed by many sports around the world to make more accurate decisions. In football, goal-line technology and VAR can reduce incorrect decisions, although they have their critics.

Similarly, the Hawk-Eye system is used in tennis to more accurately detect whether a ball has crossed a line, while Formula 1 uses a whole arsenal of systems to detect drivers exceeding track limits, jump starts, pit-lane speed infringements, and where technical regulations are breached.

The same cameras and sensor systems are being used to help improve athletic performance too. Athletes in sports like cricket and baseball use them to detect and track batting technique.

They can then use it to make minor improvements that could see better aim, increased power, and fewer mistakes.

This approach is taken in motorsports too, where telemetry data is taken from the cars to see how the driver applies the brake and throttle and how smooth their steering input is. Teams will typically compare their drivers against one another to see if improvements can be made by learning which techniques work best for each.

Together, all of these applications of technology have helped to create the improved spectacle that we enjoy today. Without them, it would be more difficult to watch and bet on sports, and the games we did watch would be played by less skilled athletes and plagued with poor refereeing decisions.