Here’s everything you need to know about AT&T 5G 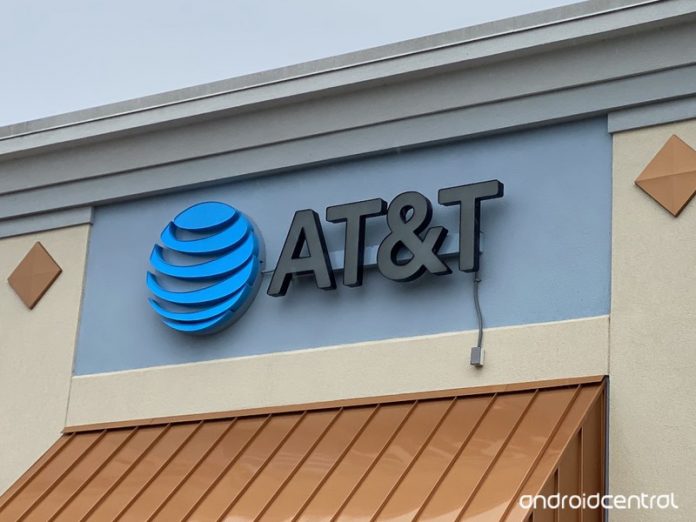 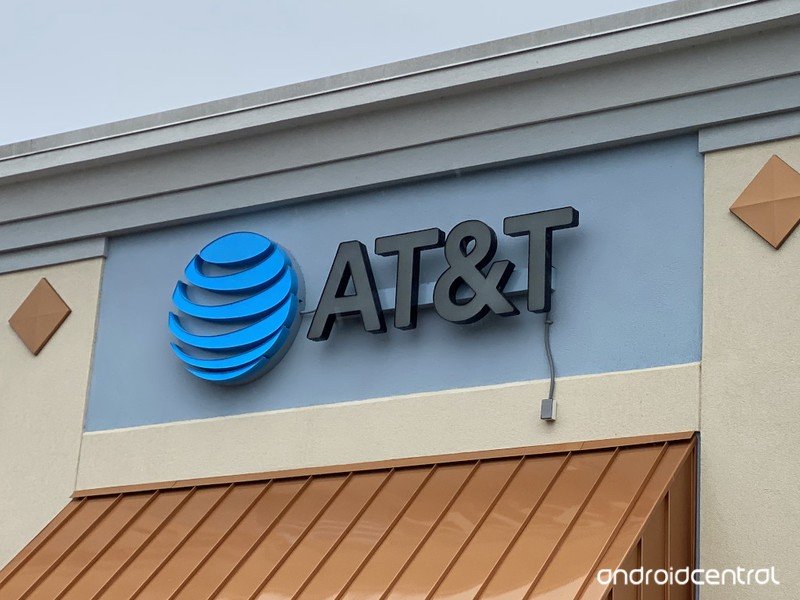 AT&T has one of the most developed 5G networks out right now with millimeter-wave coverage alongside low-band coverage in several cities. Both networks are available to customers with phones capable of connecting to both networks. AT&T has been aggressively expanding its 5G network and now approximates coverage for 120 million people with 190 markets. 80 Million are covered by the more accessible low-band network. Here’s what you need to know if you are considering switching to, or upgrading your phone on AT&T.

When will my area get 5G?

As far as true 5G goes, AT&T is building two networks. One network is a low-band sub-6 5G deployment at 850Mhz. The majority of customers will see 5G on this network. The other network is a high-band mmWave network that is capable of very fast speeds but has a much more limited range. Currently only the Samsung Galaxy S20+ and S20 Ultra can connect to both networks with most phones using the 850MHz network exclusively.

Dynamic Spectrum Sharing, or DSS, is a technique that reuses spectrum currently used for 4G with both 4G and 5G as the need grows. Unlike the refarming spectrum from LTE and simply moving capacity from one network to the other, DSS is able to keep both networks active and allocate portions of that spectrum as needed to either 4G or 5G. On June 5, 2020, AT&T began deploying DSS to improve connectivity for 5G customers without reducing capacity on the older 4G network. While currently only live in northern Texas, this type of deployment should be seen much wider use later in the year.

AT&T began preparing its towers for a 5G network with LTE upgrades it called 5GE. This essentially added the network capacity on the backend for 5G including upgraded fiber network connections. If you see 5GE on your older AT&T phone, this is not actually 5G and is actually 4G LTE with tower upgrades that make the most of LTE technology.

True 5G is now shown on AT&T’s standard coverage maps which makes it easier than ever to see how far this coverage has made it. It does take a while for these maps to get updated so check out the entire list for the most up-to-date locations.

AT&T has started to bring some 5G experiences to some sports stadiums including the AT&T Stadium in Arlington, Texas. AT&T is also working with the NBA and WNBA to demonstrate the power of 5G. While these are basically just tech demos, it can be a way to see what lies ahead for 5G.

Which phones work with 5G? 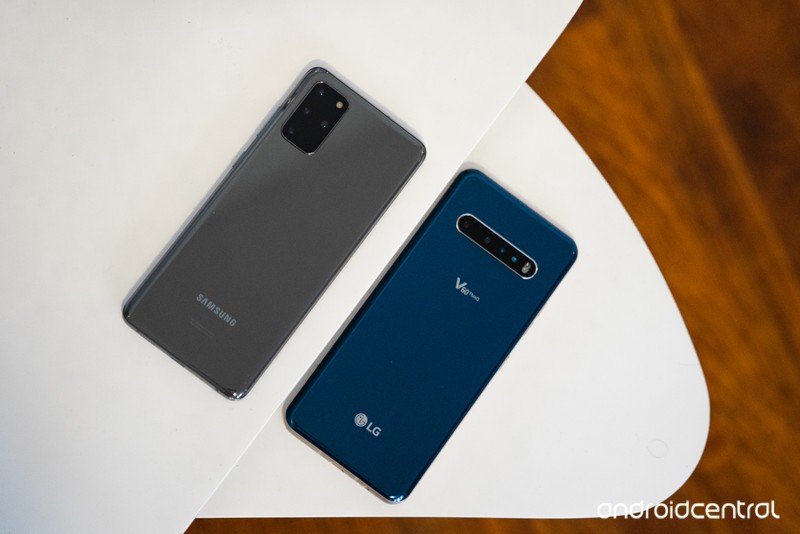 AT&T now has several devices capable of 5G including the Samsung Galaxy S20 series as well as the Galaxy Note 10+ 5G. The LG V60 ThinQ 5G also works with 5G on AT&T. Some business customers were able to get the Samsung Galaxy S10 5G in 2019 however this phone only connects to the mmWave network.

Which plan do I need? 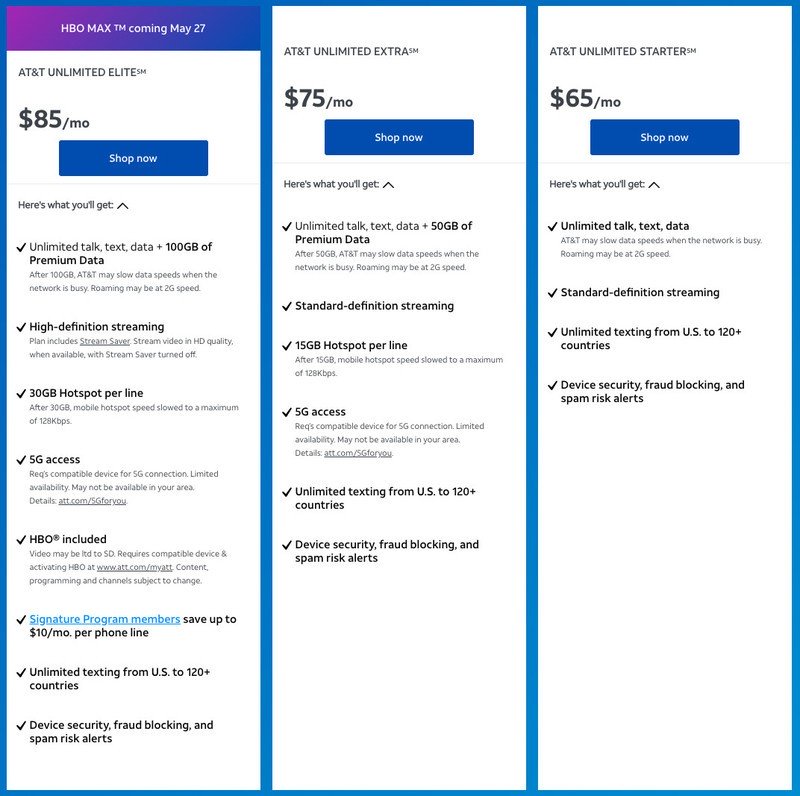 With AT&T Prepaid, you can only get 5G with the most expensive Unlimited Data Plus plan which comes in at $75 per month for one line. 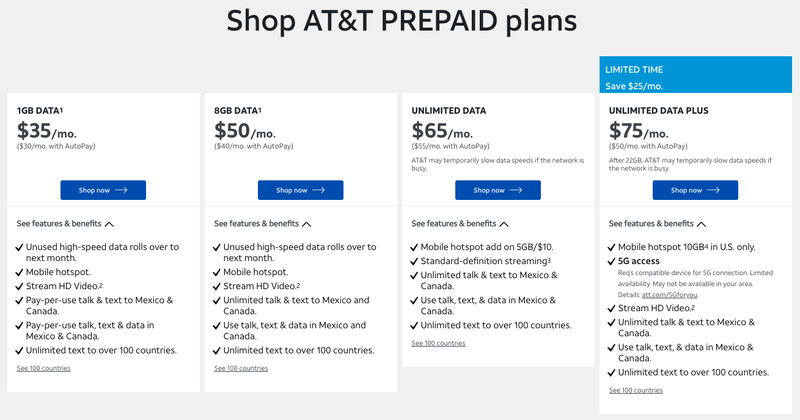 What tech is AT&T using for 5G?

AT&T is using mmWave technology to deliver fast 5G service. This uses high-band spectrum above 24 GHz for coverage. This spectrum is available in large chunks allowing for enormous speeds of over 2 Gbps in ideal conditions. It remains to be seen how this will hold up under a true public load, but the early prospects are good.

AT&T has also launched a low-band sub-6 5G network at 850MHZ. This is the network that the majority of customers will be able to connect to since it has much better coverage than mmWave. This service is much more in line with what we’ve seen from Sprint and T-Mobile as far as speed and coverage. Typically, this means speeds faster than those that LTE can deliver but not by as much as you would expect. Still, some of the other benefits of 5G such as better traffic management and capacity will be worth the trade once the network is built out.

AT&T has also started reusing some of its LTE spectrum for 5G with Dynamic Spectrum Sharing (DSS) which will perform much like its existing low-band 5G network. The main difference is that this spectrum will be able to be used on the 4G LTE network or the 5G network as needed without taking either fully offline. This will help AT&T smoothly transition use of its large amounts of spectrum currently dedicated to its 4G LTE network to 5G customers.

With the Samsung Galaxy S20+ and S20 Ultra capable of connecting to both networks, consumers finally have access to the entire network. Most 5G phones only use the sub-6 network due to a smaller and simpler antenna setup and lower cost.

5G in the U.S.: How each carrier will deploy 5G on phones

Is 5G dangerous or is it safe?

Does 5G use more battery than LTE?

LTE isn’t the same today as it was on day one. Periodic upgrades to the underlying technology have made LTE more efficient and faster over time. The most modern version of this is called LTE Advanced. This tech offers the best consumer wireless technology outside of 5G and can produce some very strong speeds that are more than enough for almost any application. This isn’t abnormal since LTE stands for long term evolution and was designed to evolve and grow as technology improved.

AT&T is moving its LTE Advanced towers along a path towards 5G coverage thanks to these towers having high-speed backhauls that can support 5G speeds. This is why they have renamed their 4G LTE Advanced service to 5Ge with a software update. Short for 5G Evolution, this is framed as the first step towards an actual 5G network, though, not everyone agrees.

The fact of the matter is that this 5Ge network is the best of LTE and if you are using an older phone that is unusably slow in crowded areas, it may be worth it to get a phone that supports these enhancements. Don’t expect speeds to be a huge difference but latency and connection quality can be improved.

In ideal conditions, 4G LTE is fast enough for most people. One problem is that these good speeds lead to data usage that is constantly increasing as the quality of media improves and download sizes grow. With LTE technology, there will be a hard ceiling on the amount of data one tower can deliver and the user experience will start to suffer.

Currently, you need one of AT&T’s more expensive unlimited plans to even access 5G so it’s really only worth it to the heaviest data users.

It’s OK not to be hyped about 5G

5G on both of AT&T’s networks

The Samsung Galaxy S20+ 5G is one of the fastest phones available with a gorgeous screen and great cameras. It can also connect to both of AT&T’s 5G networks making it one of the best ways to experience 5G.

Get the Galaxy S20 5G at Samsung