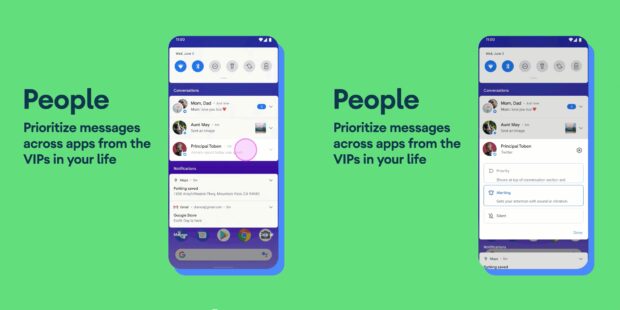 Without a big revelation or an exuberant party, Google released the first public beta of Android 11. Developments in the world didn’t allow that. Still, the press release contains enough to make us happy.

It’s not the first glimpse we see of Android 11. Google has already released some early developer previews. These were specifically intended for developers to test their existing apps against the new Android 11. The fact that Google is now releasing the first official beta is an important step towards its actual launch. It will follow sometime in the autumn of 2020, possibly at the same time as the launch of the Pixel 5.

As always, Google’s new Android version focuses on a few essentials. This year these are ‘contacts’, ‘control’, ‘privacy’ and ‘developer friendly’. For daily users, only the first 3 are interesting. For example, Android has 11 conversation notifications. You will see an icon of the contact in the status bar instead of the app. From now on, notifications will also be grouped into ‘conversations’, ‘alerting notifications’ and ‘silent notifications’ instead of crisscrossing each other. Something else are ‘Bubbles’ that float above the screen and in this respect resemble what Facebook Messenger did earlier. Now other messaging apps can use that functionality as well. 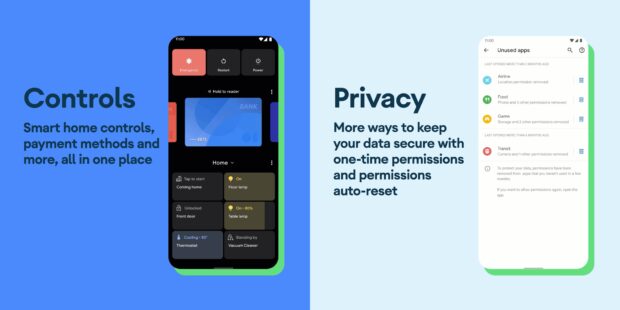 Google continues with Android 11 to give you easier access to your controls. For example, your lights and payment cards can now be accessed by long pressing the power button. Previously you had to go to an app to do that. You’ll also be able to control your music more easily, directly from the notification window. New to privacy is that you can now give apps one-time access to use your location, microphone or camera. Previously, the choice was limited to always, never and only when the app is open.

Just because the first beta has been released doesn’t mean you can start using Android 11 right away. The beta is available for a select group of phones, of course first for existing Pixel phones including the Pixel 4 and 4XL up to and including the Pixel 2. Meanwhile, manufacturers such as Oppo, Xiaomi and OnePlus have also announced to roll out Android 11 beta to their devices. The question is whether you should want to; betas contain bugs and are therefore not recommended for phones that you use as your daily driver.