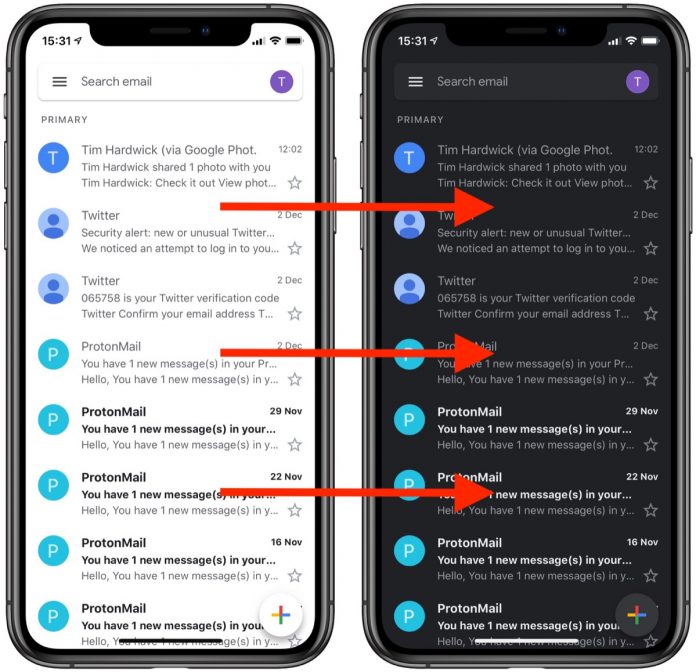 After months of delay and inconsistent functionality, the rollout of Google’s long-awaited dark mode for Gmail appears to have finally completed on iPhone and iPad.

Version 6.0.200519 of Gmail, which propagated through the App Store overnight, includes the following release notes:

Pro Tip (if you haven’t noticed): You can now switch between dark or light theme after upgrading to iOS 13. Or you can use the system theme set by default.

Google announced dark mode for its Gmail app back in September 2019, but rollout since then has been patchy on iOS to say the least, with some users managing to activate dark mode in the app, only for it to vanish on the next restart. Others haven’t been able to access the feature at all.

With a bit of luck, today’s update should bring an end to months of waiting for a large segment of users. To enable dark mode in Gmail on ‌iPhone‌ and ‌iPad‌, update the app on your device, then follow these steps.

Launch the Gmail app.
Tap the Menu icon (the three lines) in the top-left corner of the screen.
Scroll down and tap Settings. 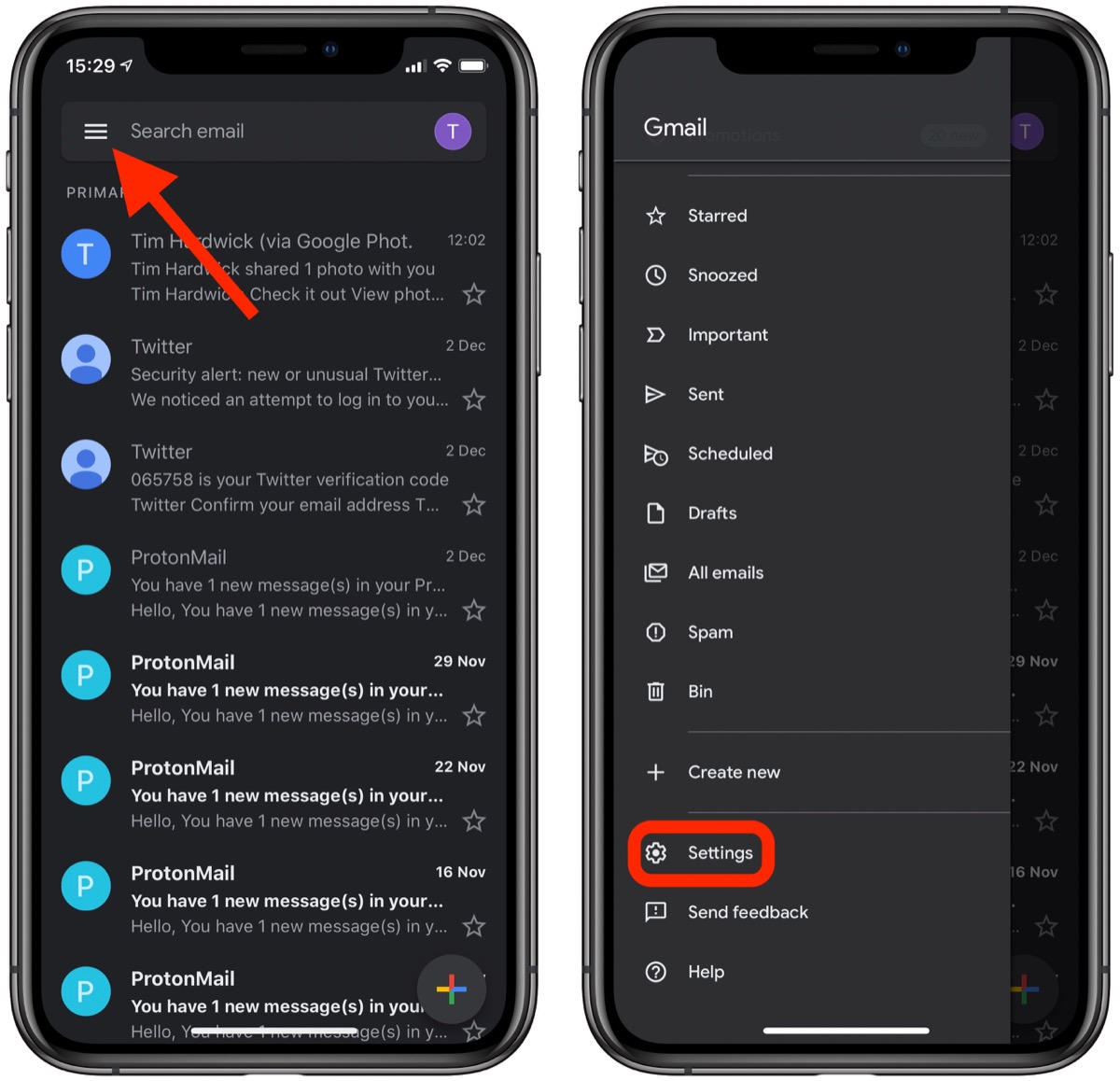 Tap Theme. (If you don’t see the option, try force-quitting and then relaunching the app.)
Select Light, Dark, or System default. The latter option makes Gmail’s theme default to your device’s system settings, which is a useful option if you’ve set the appearance of iOS to change automatically depending on the time of day. 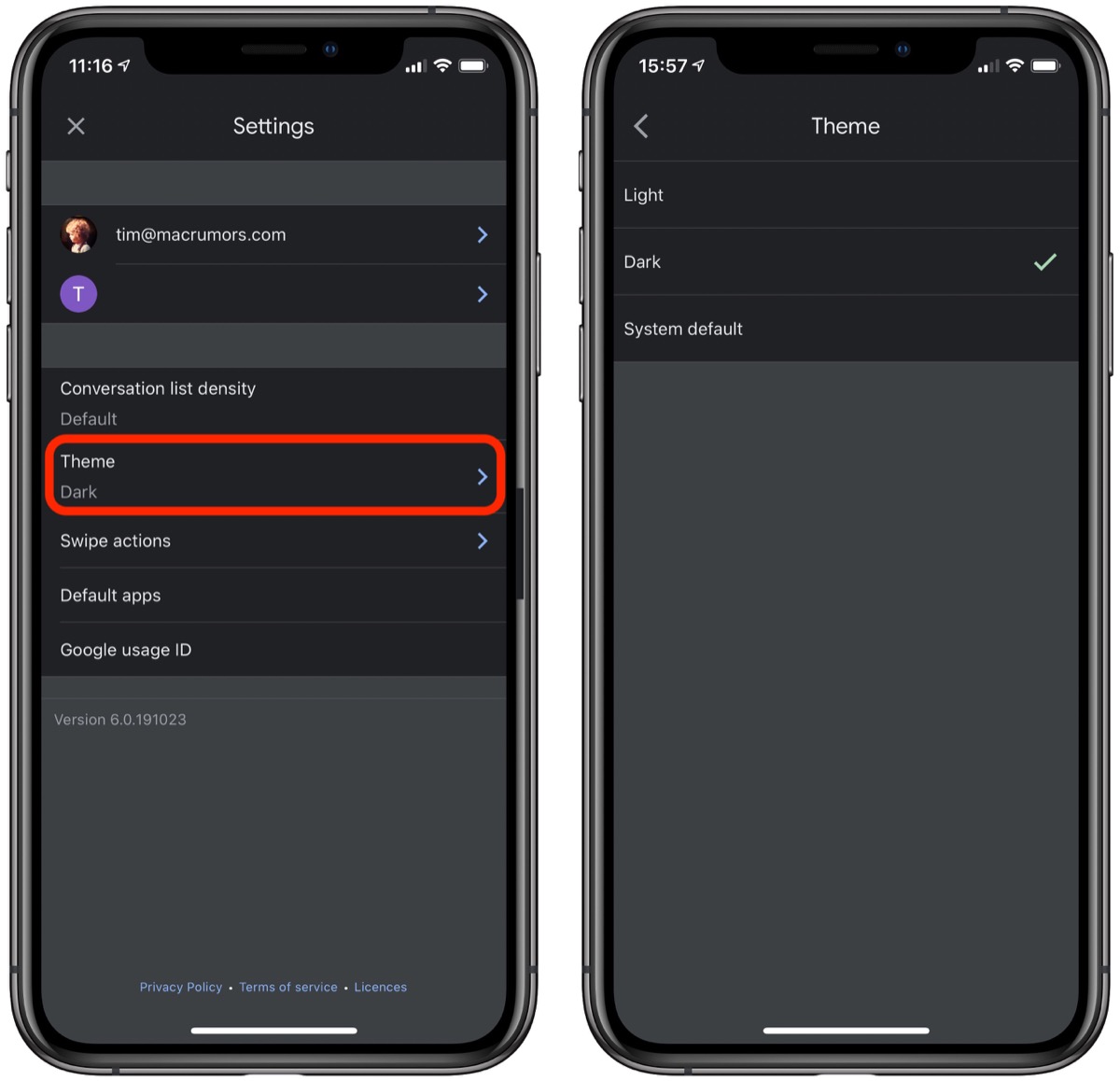 Note that if your device is running iOS 11 or iOS 12, you’ll see a Dark theme toggle instead of a Theme submenu in the Settings screen.Tags: Gmail, Dark Mode
This article, “Gmail App’s Dark Mode Finally Completes Rollout on iPhone and iPad” first appeared on MacRumors.com

These predictions are not based on insider pricing knowledge, nor are they set in stone
Read more
News