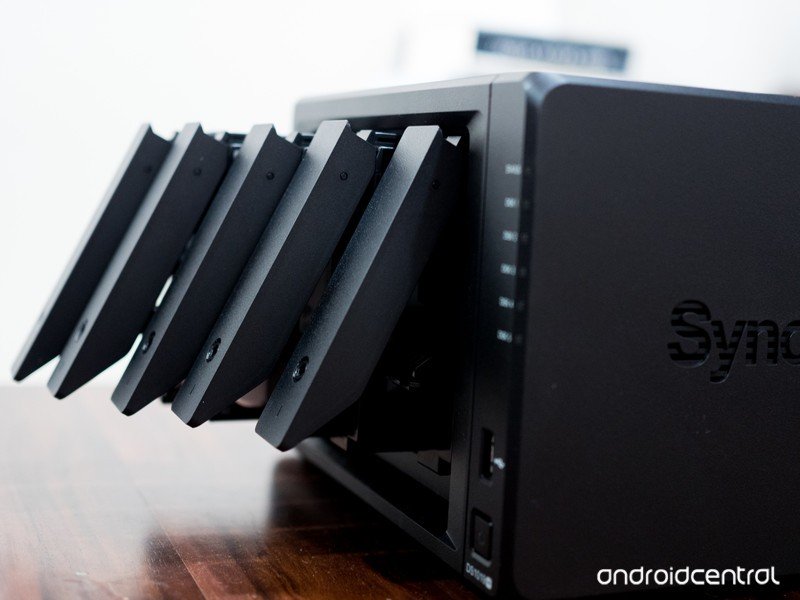 If you’re in the market for a new network attached storage (NAS) enclosure, Synology is the ideal place to start. The brand offers everything from budget options aimed at home users to enthusiast models designed for small businesses, and now Synology has unveiled its 2020 portfolio.

The brand is launching new variants of four models in the Plus series, with the DS220+ a particularly great option for first-time buyers, and the DS720+, DS420+, and DS920+ targeted at the enthusiast segment. All models include upgraded connectivity options and huge performance upgrades, so if you already have a NAS enclosure and are looking to upgrade or are interested in getting started with your own media server, let’s take a look at Synology’s latest products. 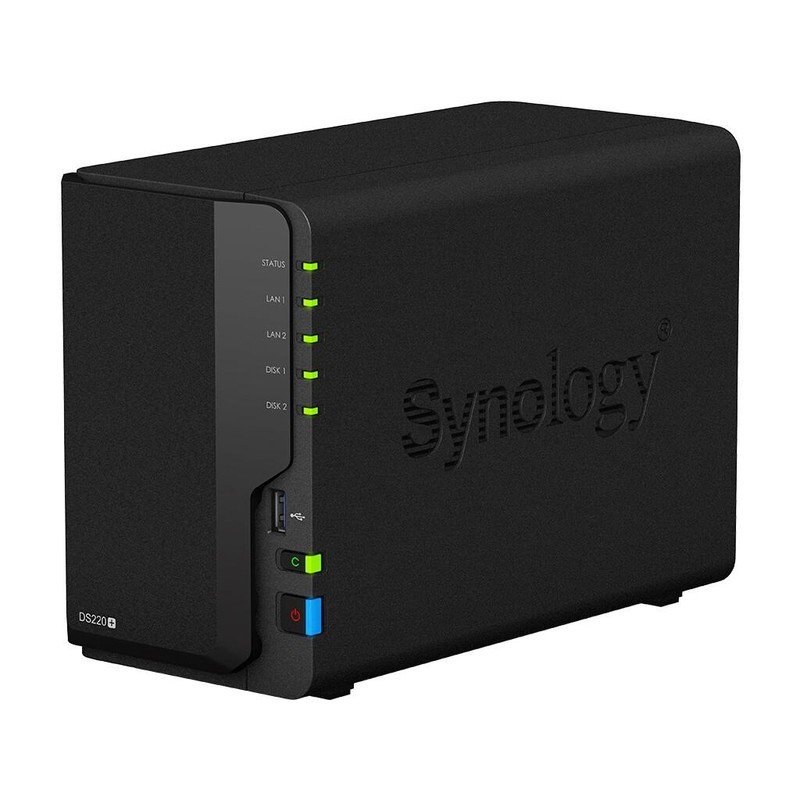 The DiskStation DS218+ turned out to be a best-seller in Synology’s portfolio for its affordability, and the DS220+ retains that particular trait. The two-bay NAS is available for $299, and you’re getting upgraded hardware in the form of an Intel Celeron J4025 chipset with 2GB of DDR4 RAM (the DS218+ had a Celeron J3355 chip and DDR3 memory).

You can add a further 4GB of memory to the NAS, and each drive bay can facilitate up to a 16TB drive — with total storage up to 32TB. Another key change with the DS220+ is the addition of a secondary Gigabit Ethernet port that offers link aggregation and failover. You also get two USB 3.0 ports at the back.

The hardware is just one part of the story here; Synology’s excellent DiskStation Manager (DSM) web-based OS has an exhaustive list of features, and you can set up your own media server and access it from anywhere in the world. Synology Drive also makes it incredibly easy to sync files across various platforms and machines, including Windows, macOS, Linux, Android, and iOS.

The DS220+ is the ideal option if you’re new to the world of NAS enclosures. With two Gigabit Ethernet ports and upgraded internals, the DS220+ will handle anything you throw at it, and it is the easiest way to build a reliable media server in your home. 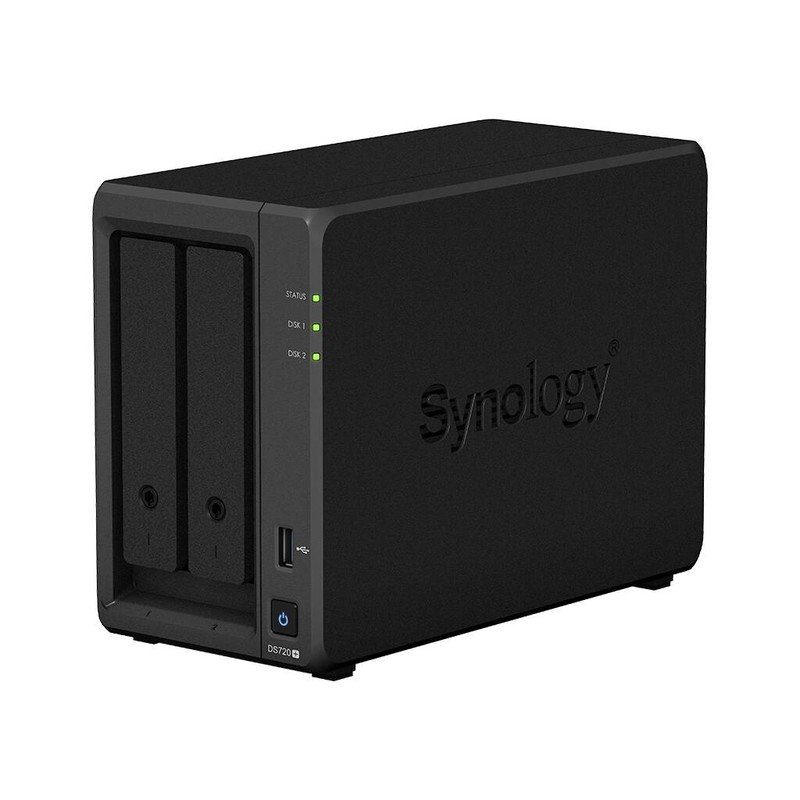 The DiskStation 720+ is also a two-bay NAS — like the DS220+ — but you get a beefier Intel Celeron J4125 chipset. There’s 2GB of DDR4 RAM that can be upgraded to a maximum of 6GB, two Gigabit Ethernet ports, and the NAS can slot in up to 16TB drives in each bay. There’s also two USB 3.0 ports at the back along with an eSATA port.

Interestingly, the DS720+ has two M.2 slots for SSD caching, so if you use a lot of I/O intensive tasks, the feature is going to be handy. There’s also the option of attaching Synology’s DX517 expansion bay and adding five additional drive bays to the NAS.

The DS720+ is now up for pre-order for $400, and the NAS is slated to debut on June 23. The $100 differential between the DS220+ is down to the extensibility and SSD caching. If you’re interested in either of those features, the DS720+ is a great option to consider.

The DS720+ shares the same foundation as the DS220+, but you get the ability to expand the drive bays to seven via the DX517. There’s also SSD caching via two M.2 slots, making the NAS a decent option for small businesses that rely on real-time collaboration.

Synology DiskStation DS420+: A great option for a four-bay NAS 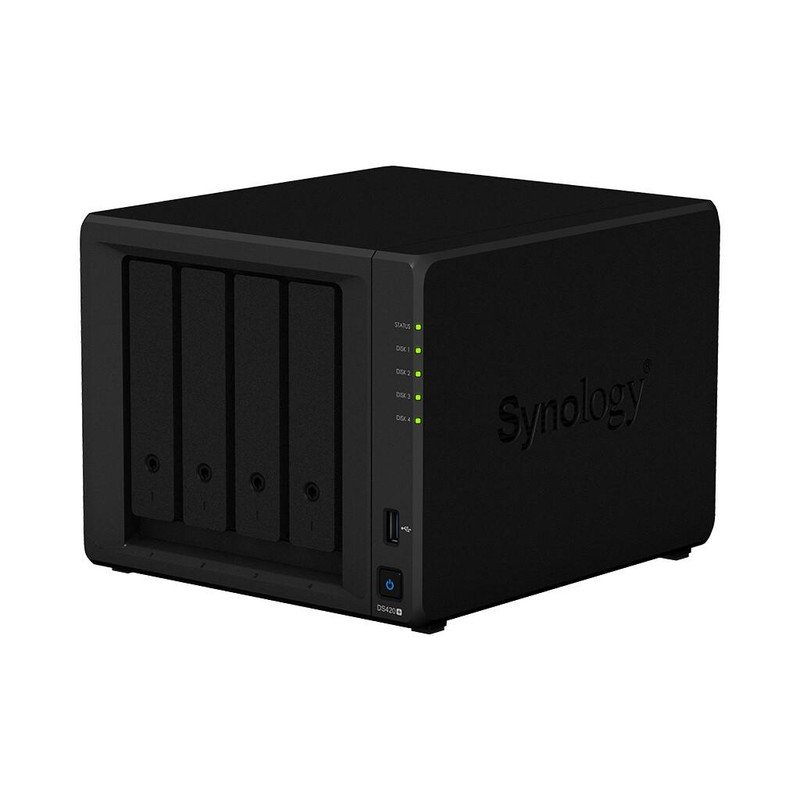 The DiskStation DS420+ has the same set of features as the DS220+, but with double the number of drive bays and M.2 slots for SSD caching. The NAS is powered by an Intel Celeron J4025 chip and comes with 2GB of DDR4 RAM (with a DIMM slot to add 4GB more), two Gigabit Ethernet ports, two M.2 slots, and two USB 3.0 ports.

With four drive bays that can each accommodate a 16TB drive, the DS420+ is a great way to future-proof your investment, particularly if you want to build your own media server. I started out with a four-bay DS414 five years ago, and it has served me very well for over four years, after which I switched to a DS918+.

The DS420+ has the same internals as the DS220+, but you get four drive bays that let you add up to 64TB of storage. You also get two M.2 slots for SSD caching and two Gigabit Ethernet ports with link aggregation. 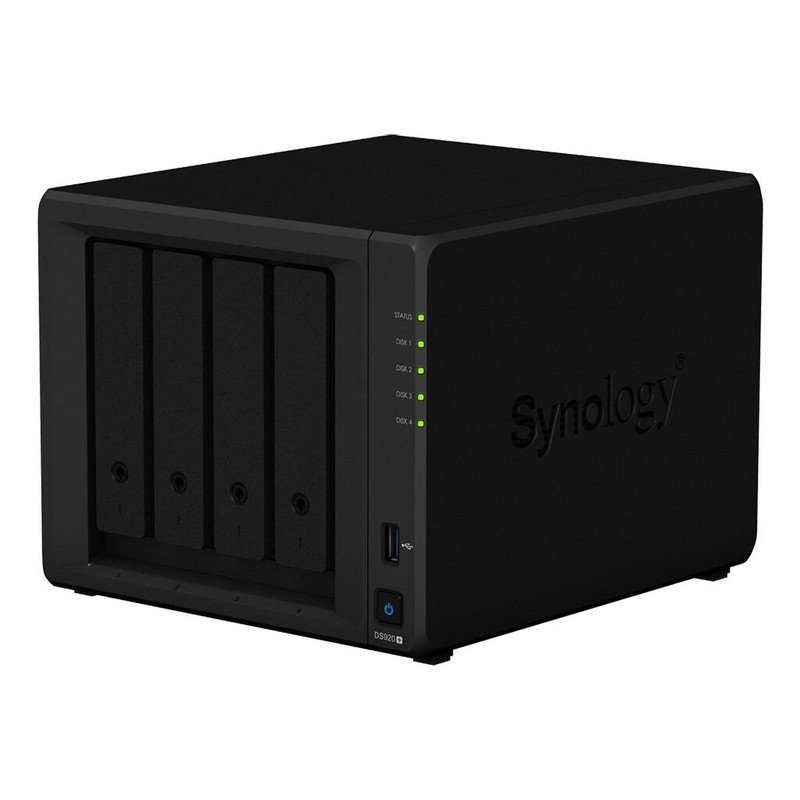 As the name suggests, the DiskStation DS920+ is the beefiest option of the lot. It is the only model to offer 4GB of RAM out of the box, and you get two Gigabit Ethernet ports, two USB 3.0 ports, two M.2 slots, and an eSATA port.

Like the DS720+, the DS920+ features an Intel Celeron J4125 chip. By itself, it can accommodate up to 64TB of storage across the four drive bays, and you can expand storage by attaching a DX517 storage unit to the NAS.

The DS920+ has a single DIMM slot for memory upgrades, and you can slot in an additional 4GB of RAM in the NAS enclosure. That’s down from the two memory slots in the DS918+, which let you add up to 16GB of RAM. That said, 8GB of RAM should be more than enough for most users.

The DiskStation DS920+ has 4GB of RAM and features a Celeron J4125 chipset, two Gigabit Ethernet ports, and two M.2 slots for SSD caching. If you want the extra RAM out of the box, it is a better option over the DS920+ for just a little bit more money.

The "definitive" Stadia experience requires a Chromecast Ultra and Stadia controller, although you can also play Stadia games on most
Read more
News

These true wireless earbuds are still fantastic, and made even better with a bug-fixing update.Despite coming out several months after
Read more

The "definitive" Stadia experience requires a Chromecast Ultra and Stadia controller, although you can also play Stadia games on most
Read more

These true wireless earbuds are still fantastic, and made even better with a bug-fixing update.Despite coming out several months after
Read more

It is rumored to have a 90Hz display and quad rear cameras.What you need to knowA tweet by OnePlus co-founder
Read more