Home News Are these the camera specs of the Samsung Galaxy Note 20+?
News 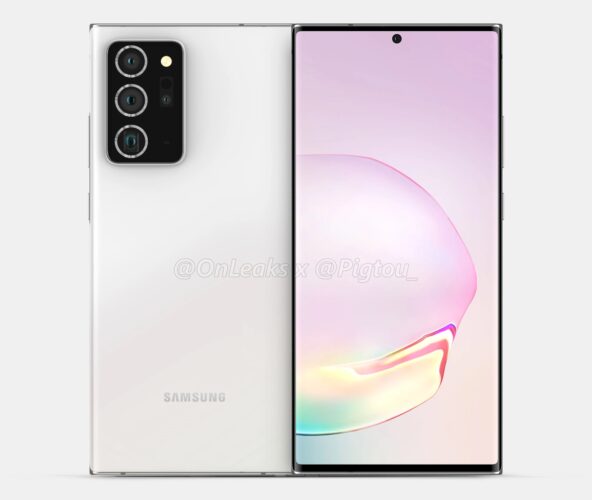 The generally well-informed IceUniverse has posted some specifications of Samsung’s upcoming Galaxy Note 20+ on Weibo. It looks like Samsung is pressing the reset button.

When Samsung announced the Galaxy S20 series including the S20 Ultra, it focused on significantly improved camera properties. The top model received a 108 MP camera sensor with an impressive zoom of up to 100x on paper. The reality turned out to be different. Various software updates were needed to bring out the true potential and even then customers were rightly dissatisfied.

Previously leaked image of the Note20+

Samsung now seems to press the reset button. The future Note 20+ will have a 108 MP camera sensor, but the 100x Space Zoom function has disappeared. To solve the focus problems, the 108MP sensor will be assisted by a laser. The reduced zoom also has consequences for the resolution of the perioscope lens, which goes from 48 on the S20 Ultra to 13 megapixels. According to the source this should still be sufficient for 50x zoom.

Widescreen photos can be taken with the 12 megapixel camera with ultra-wide-angle lens. IceUniverse also writes that the ToF sensor for depth recognition has been exchanged for laser autofocus. This works faster and can therefore work better together with the 108MP sensor. Previous information already showed that the Galaxy Note 20+ probably has a new look for the camera island. The screen probably goes from 6.8 to 6.9 inches with an extra smooth 120Hz.