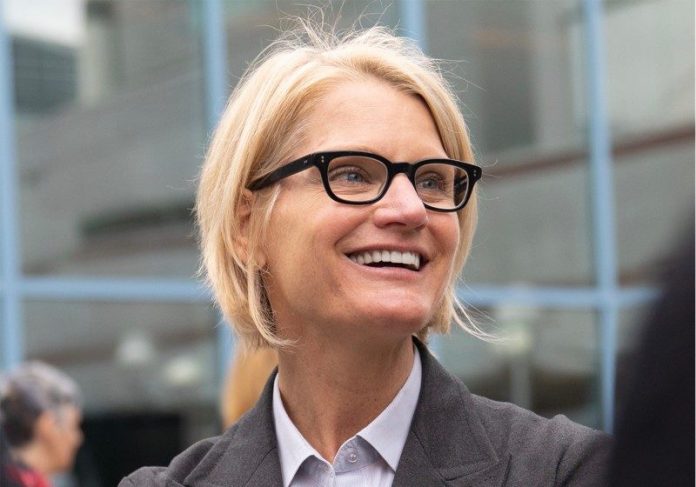 Apple’s head of diversity and inclusion Christie Smith is leaving the company, according to a Bloomberg report today. Unlike her predecessor, who reported directly to CEO Tim Cook, Smith reported to Apple’s senior VP of retail and people, Deirdre O’Brien.

“Inclusion and diversity are core Apple values and we deeply believe the most diverse teams are the most innovative teams,” Apple said in an emailed statement confirming the news. “Christie Smith will be leaving Apple to spend more time with her family and we wish her well. Our Inclusion and Diversity team continues to report directly to Deirdre O’Brien on the Executive Team.”

Smith’s exit was planned two months ago, according to Apple, but Bloomberg’s sources report that Tuesday was her last day at work. Her LinkedIn account has been updated to reflect the change in employment status, but Apple has not yet named a replacement.

Smith joined Apple in 2017 and took over the role from Denise Young Smith, who lasted just six months and left after apologizing for controversial comments she made about the mostly white makeup of Apple’s executive team.

Smith brought extensive experience to the role, drawn from her 28 years building and leading high performance teams. Prior to joining Apple, Smith was with Deloitte for 17 years as a Client Advisory Principal.

The move comes just a week after CEO ‌Tim Cook‌ announced Apple’s Racial Equity and Justice initiative, with a $100 million commitment. Cook says the initiative will build on Apple’s existing work in the racial justice space, significantly broadening its scope and impact through a model that was also used for Apple’s environmental efforts.

Apple maintains an inclusion and diversity website and shares regular updates on its efforts to diversify its workforce, push pay equity, and work with underserved communities to empower students and educators.

Note: Due to the political or social nature of the discussion regarding this topic, the discussion thread is located in our Political News forum. All forum members and site visitors are welcome to read and follow the thread, but posting is limited to forum members with at least 100 posts.
This article, “Apple’s Diversity Chief Christie Smith Leaves the Company” first appeared on MacRumors.com