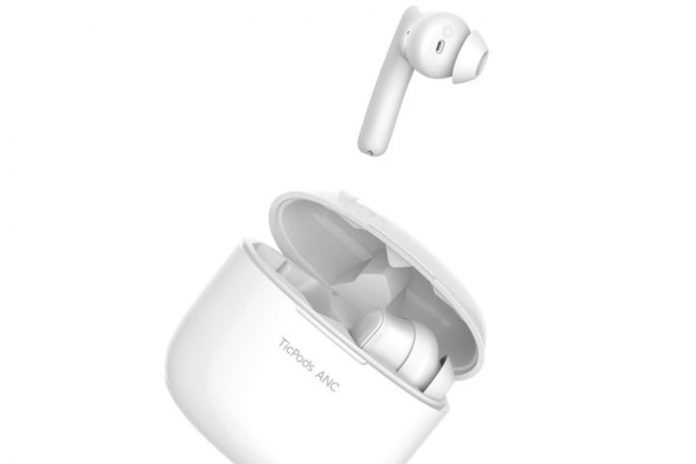 We knew it was coming, but it’s still great to see: Active noise cancellation (ANC) is no longer a prohibitively expensive option on true wireless earbuds. The proof is the newly announced TicPods ANC, a $90 set of true wireless earbuds that bring the popular feature down to a sub-$100 level.

Previously, the most affordable set of decent earbuds with any kind of active noise cancellation were Amazon’s $130 Echo Buds. However, even the Echo Buds aren’t technically ANC-equipped. They use Bose’s active noise reduction (ANR) technology, which certainly reduces outside sounds, but isn’t as effective at doing so as the ANC earbud technology used by Sony, Apple, and soon, Bose itself.

It’s worth noting that despite their rock-bottom price for ANC, the TicPods ANC aren’t going to blow you away with their other capabilities. Battery life, for instance, is just 5 hours with ANC turned off and 4.5 hours with it turned on, according to Mobvoi, the manufacturer. That doesn’t even rival the Apple AirPods Pro, which have some of the shortest battery life of any true wireless ANC earbuds at just 5.5 hours.

The design of the TicPods ANC and their charging case is clearly influenced by Apple’s products, and that’s mostly a good thing. Apple’s compact charging cases are some of the best for ease of use and portability, while their golf tee shape remains popular even after years of seeing them everywhere.

The charging case holds a fairly standard two full charges, but it isn’t able to recharge itself wirelessly, something we’re starting to see on lots of affordable earbuds.

The TicPods ANC give you access to Siri or Google Assistant, they feature a sound passthrough mode to let in the outside world, and they’re IPX5-rated to keep most forms of water from damaging them. These are all good features, but also fairly standard in the true wireless world at the moment.

Clearly, ANC is the big drawing card here, especially at this price point. It remains to be seen how good these earbuds will sound, but we thought Mobvoi’s TicPods Free compared favorably to Apple’s AirPods when we reviewed them in 2018, which is promising for the TicPods ANC.

Facebook
Twitter
Pinterest
WhatsApp
Previous articleWant to Work in Tech? Make It Happen with this Project Management Training
Next articleThis 1TB portable external hard drive is on sale for only $50 right now
- Advertisment -

How to manage Safari tabs in iOS 15