Home News Want a ThinkPad with AMD inside? Ryzen 4000 chips give you more...
News

Want a ThinkPad with AMD inside? Ryzen 4000 chips give you more options 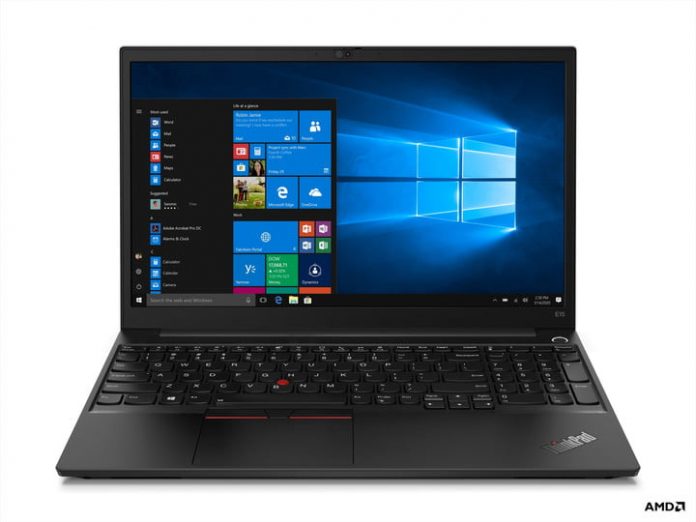 Thanks to their minimalist aesthetics and powerful performance, Lenovo’s ThinkPad laptops have long been viewed by many as the gold standard for business, and now these notebooks are about to get even more powerful.

Lenovo’s AMD ThinkPad lineup includes the budget-friendly E14 and E15 models, which will be powered by AMD’s Ryzen 7 4700U with eight cores and eight threads, making its performance comparable to other Ryzen 4000 laptops like the Lenovo Yoga Slim. The eight-core Ryzen 7 4700U chips give this laptop strong multi-core performance, and AMD’s Ryzen platform is just as great for casual gaming as it is for office and productivity tasks. The best part is that both of these notebooks start at just $639.

The ThinkPad E series maintains the line’s understated black-clad design, but Lenovo has reduced the bezels, giving these notebooks an improved 85% screen-to-body ratio, with the E14 sporting a 14-inch display and the E15 shipping with a 15.6-inch screen. Security features like a touch fingerprint reader, optional IR camera, and Glance technology that automatically locks the laptop when you step away make the E series a terrific, yet affordable choice for businesses.

Other features include Harman-branded speakers with Dolby Audio software, a dual-array microphone for videoconferencing, and optional Wi-Fi 6. Like other ThinkPads in Lenovo’s lineup, the E series passed 12 Mil-Spec tests, making it a durable option for those working in the field.

If you want more performance and a more premium ThinkPad experience, Lenovo is also bringing AMD’s Ryzen 4000 mobile processors to the rest of its ThinkPad lineup, including the T, X, and L series. These notebooks come with more powerful Ryzen PRO 4000 Series Mobile Processors.

Lenovo touted the range’s battery life, performance, and security in its announcement, but the company did not give specifics on how long these laptops will last on a single charge. For reference, Lenovo says its Intel-powered ThinkPad X1 Carbon Gen 7 laptop can last for up to 18.3 hours before requiring a recharge.