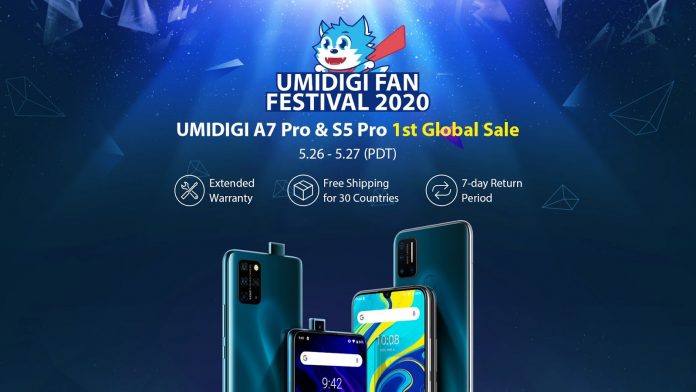 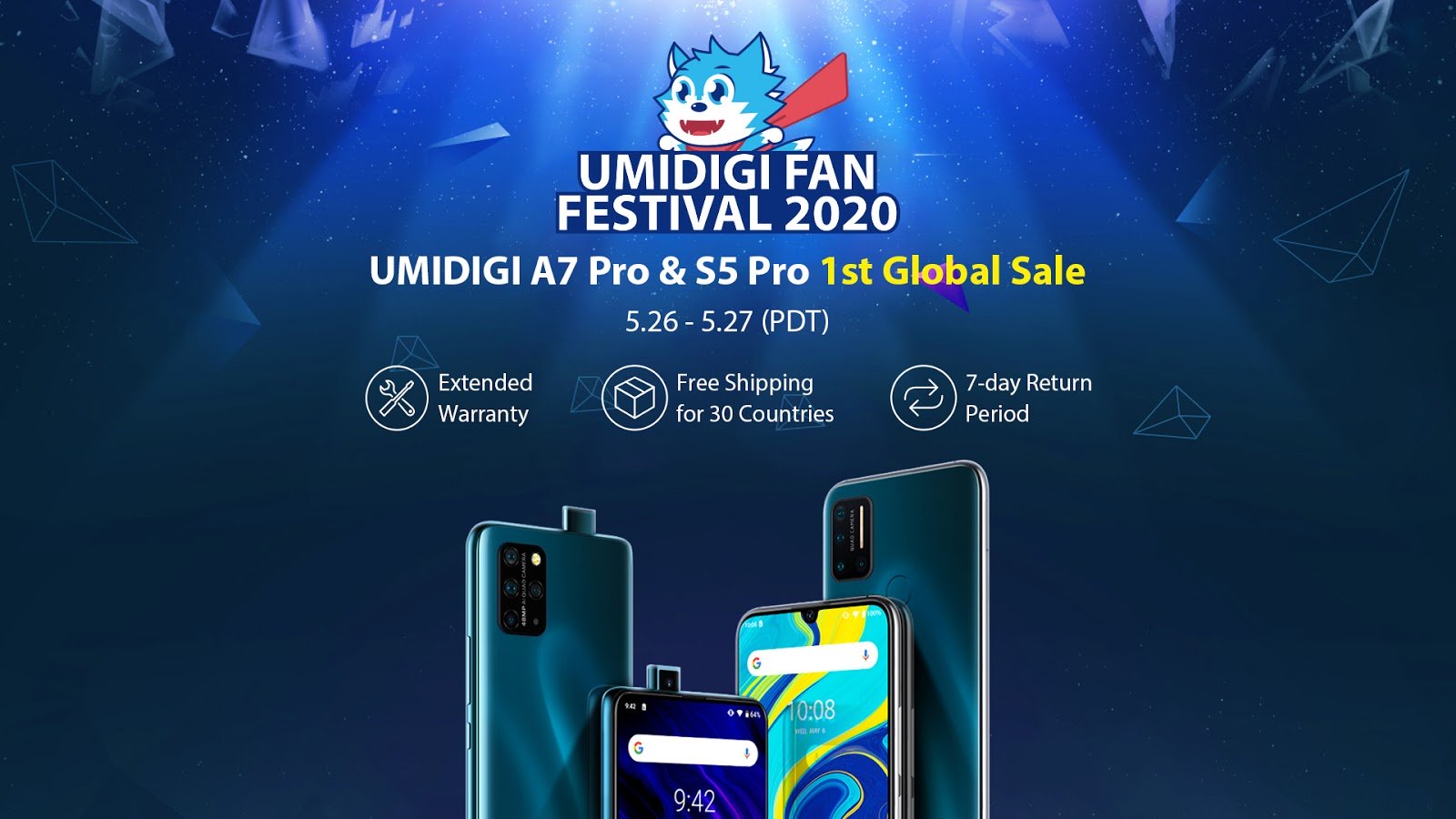 UMIDIGI, known for its powerful yet affordable smartphones and wearables, recently introduced its mid-range flagship the UMIDIGI S5 Pro. Moreover, it also added an entry-level A7 Pro to its portfolio.

To help kick things off, and offer customers some extra savings on its new handsets, UMIDIGI has launched its Fan Festival 2020 on AliExpress.

For a limited time, the S5 Pro is available for a shockingly low price of $249.99 while the A7 Pro is at only $99.99. What’s more, you can get an exclusive 18-month extended warranty for both devices right now, too.

The UMIDIGI Fan Festival was rather popular last year, so it’s not much of a surprise that it would be back for 2020. It’s a great opportunity for people around the world to buy UMIDIGI products with special deals and discounts. 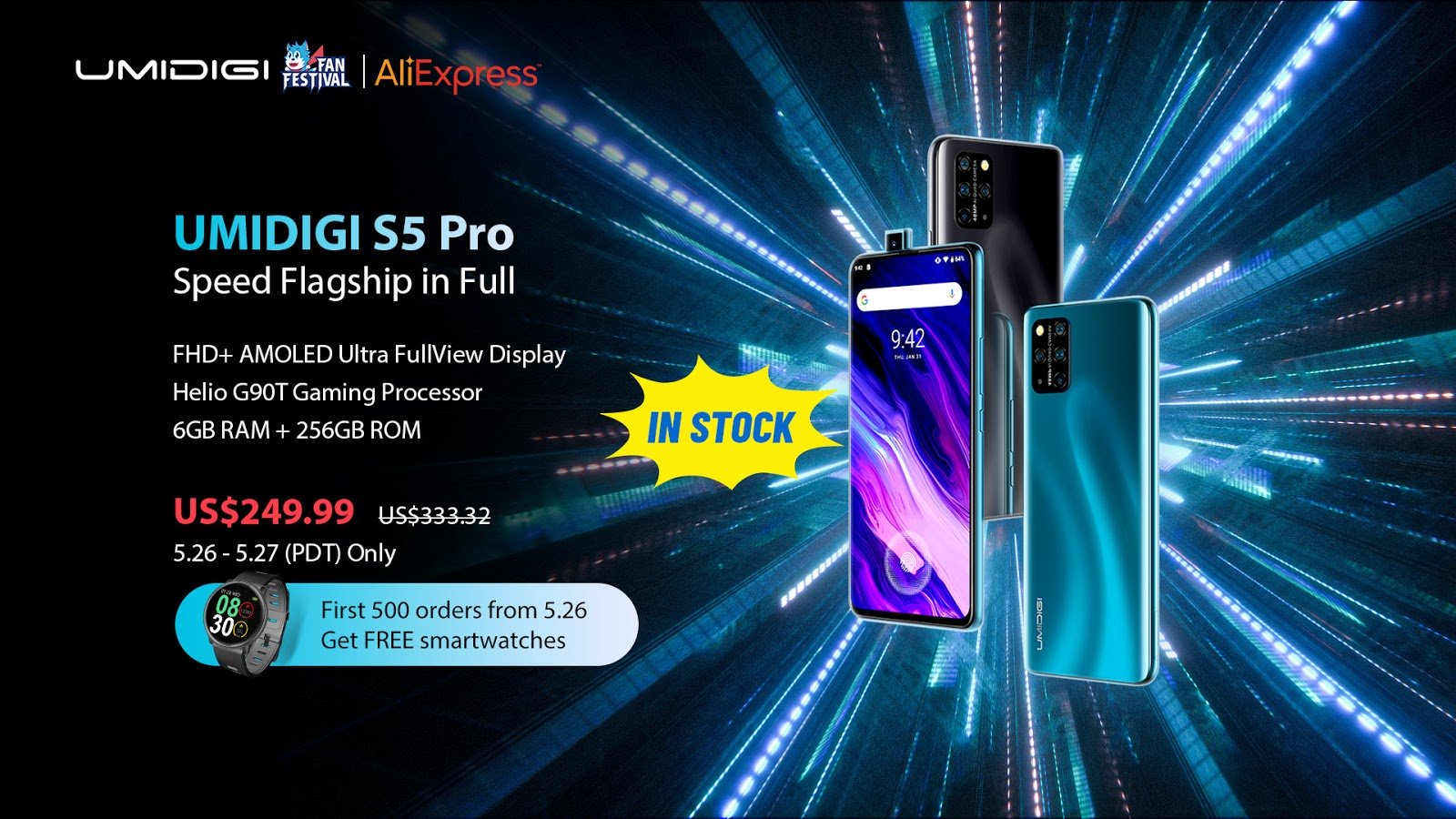 Key features include a Mediatek Helio G90T process with 6GB RAM and an incredibly generous 256GB storage capacity. Similar to other “gaming phones”, it includes liquid cooling to keep things humming along.

The 4,680mAh battery is more than enough to get the average user through a day or two without breaking a sweat. Gamers will go through it quicker, of course, but the 18W fast charging ensures it’s replenished in short order.

The UMIDIGI S5 Pro has full screen 6.39-inch FHD+ AMOLED display with an in-display fingerprint sensor and a pop-up camera for selfies. 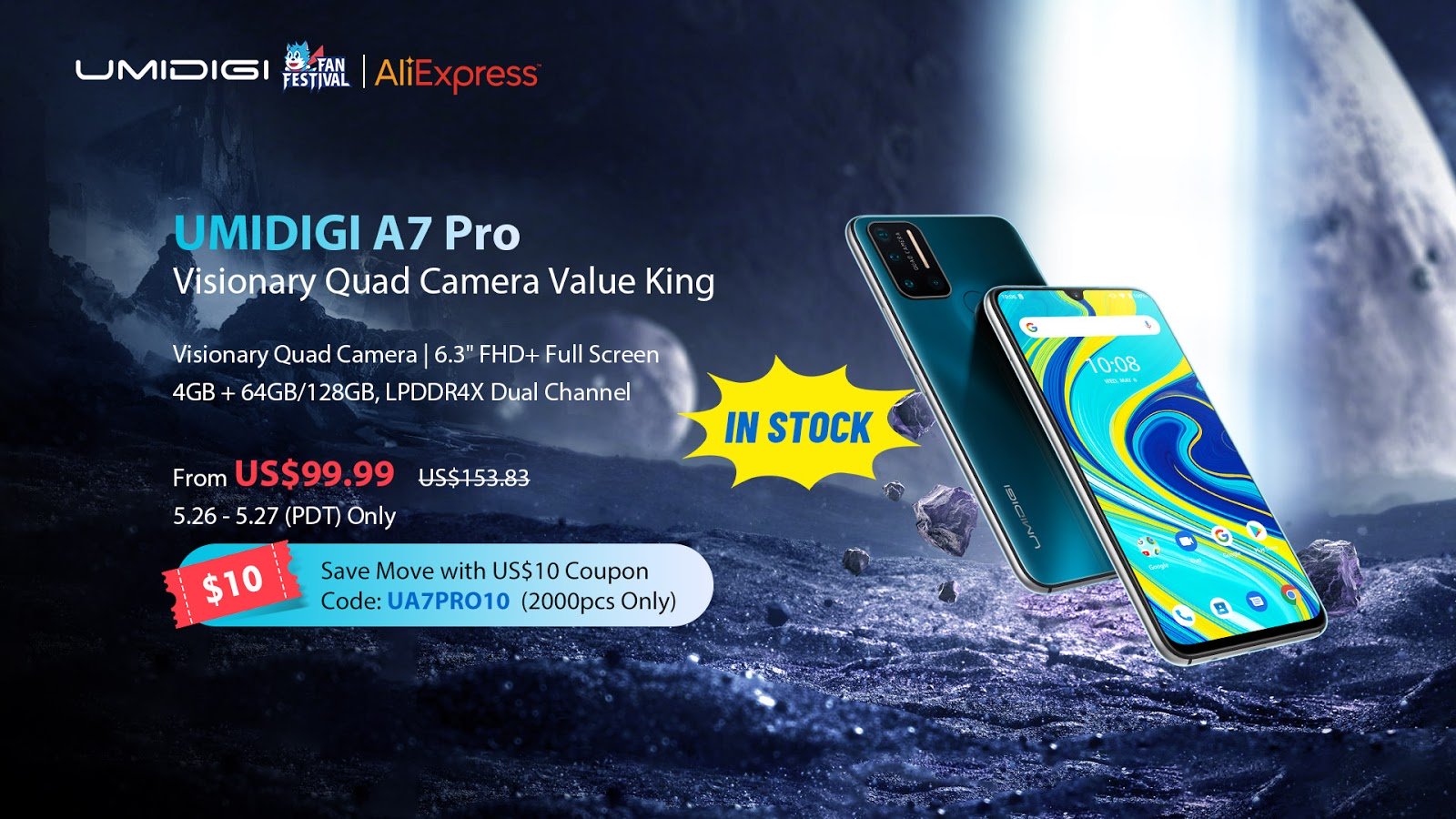 The UMIDIGI A7 Pro packs a generously sized 6.3-inch waterdrop full screen with FHD (2340 x 1080 pixel) resolution. With an aspect ratio of 19.5:9, it should make for a thin design that’s easy to control in one hand.

As far as power goes, the UMIDIGI A7 Pro comes with 4GB LPDDR4X RAM and is will be offered in two storage capacities: 64GB and 128GB. Paired with the enhanced Octa-Core processor, it’s considerably more powerful (AnTuTu 22,547) than its predecessor (92,514).

The phone houses a 4,150mAh battery with a 10W charger included in the box and comes in Ocean Blue and Cosmic Black colors. Also in the way of design, the 2.5D glass back and metal frame and optical plating technology gives the phone a premium flagship appearance.

As if the prices didn’t already make these phones compelling enough, the Fan Festival also gives consumers an extra boost in peace of mind. Purchase your handset during the limited time promotion and you’ll get an 18-month warranty.

The ZTE Axon 11 5G promises affordable next-gen networking, but does it offer anything else to entice a purchase?
Read more
Reviews

Huawei P30 Pro one year later: Is it still worth buying?

Twelve months after its release, is the Huawei P30 Pro still worth buying or can you grab a much better
Read more
Reviews

Can the 16-inch Apple MacBook Pro fix the issues of its predecessor? Find out in our review!
Read more

Save over 35% on this totally wireless home security camera

Summer typically means having fun under the sun, but it's also, unfortunately, the prime time for burglaries. According to the
Read more

Best answer: Yes, if you have an older router, you should consider moving up to Wi-Fi 6, especially since the
Read more