“Starting from iPhone 12 no more EarPods in the box” 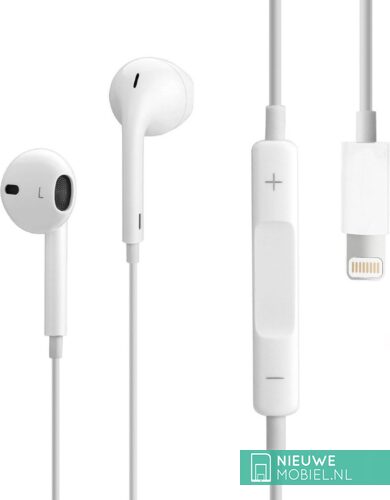 Apple plans to stop shipping wired earbuds with a new iPhone. The step would come after the complete removal of the headphone port and the introduction of the now very popular AirPods.

Personally, we applaud Apple’s move. Not to force you to buy wireless earbuds, but because of the huge mountain of waste it saves. Because, let’s be honost, who really uses them anyway? Usually they end up in the drawer or (worse) in the bin. Chances are that you already have better earbuds laying around or didn’t intend to use them at all.

Since the iPhone 7, Apple has been supplying these EarPods with Lightning connector

And that’s why we’re the last ones to mourn the disappearance of the wired EarPods in the iPhone box. As of the iPhone 12 it should already be happening according to analyst Ming-Chi Kuo. He doesn’t give a reason but we do have an idea. Apple is planning to release an iPhone without ports at all one day. And how should you plug in your headphones? You don’t, so fans can already get used to it. The side effect of this decision is that it will boost sales of the AirPods even further. There are even rumors that Apple wants to sell the iPhone bundled with the AirPods. Whether it will really come to that by the end of 2020 when Apple announces the next generation of iPhones remains to be seen.