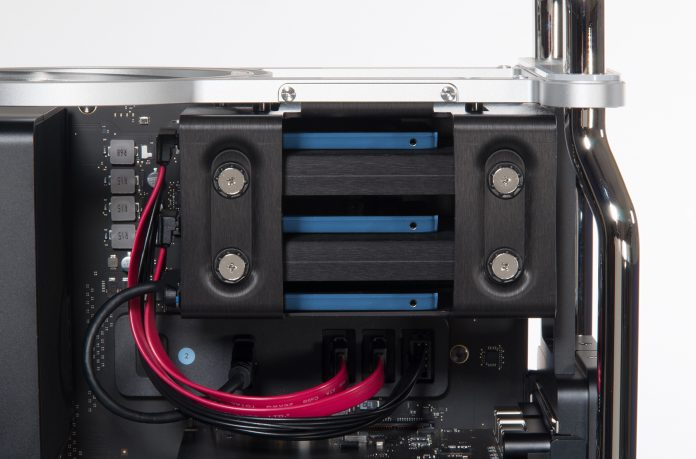 Sonnet today announced the upcoming launch of its Fusion Flex J3i internal drive mount for the 2019 Mac Pro, which lets users add up to three SATA storage drives to their machines.

Sonnet isn’t the only company to launch an internal drive mount for the new ‌Mac Pro‌, and Apple itself sells Promise’s Pegasus J2i system that lets you add two drives, but Sonnet says it’s the first to let users add three drives right inside the ‌Mac Pro‌ and connected directly via SATA.

The Fusion Flex J3i offers two slots that can accept either 3.5-inch hard disk drives or 2.5-inch SSDs, and a third slot that accepts a 2.5-inch SSD, allowing for a total of 36TB of additional internal storage.

Storage installed via the Fusion Flex J3i won’t be as fast as the main NVMe SSDs at the heart of the ‌Mac Pro‌ or PCIe-based storage upgrades, especially if you’re using traditional hard disk drives, but if you’re a user who wants to prioritize storage space and simplicity over drive speed, Sonnet’s Fusion Flex J3i might be worth checking out. 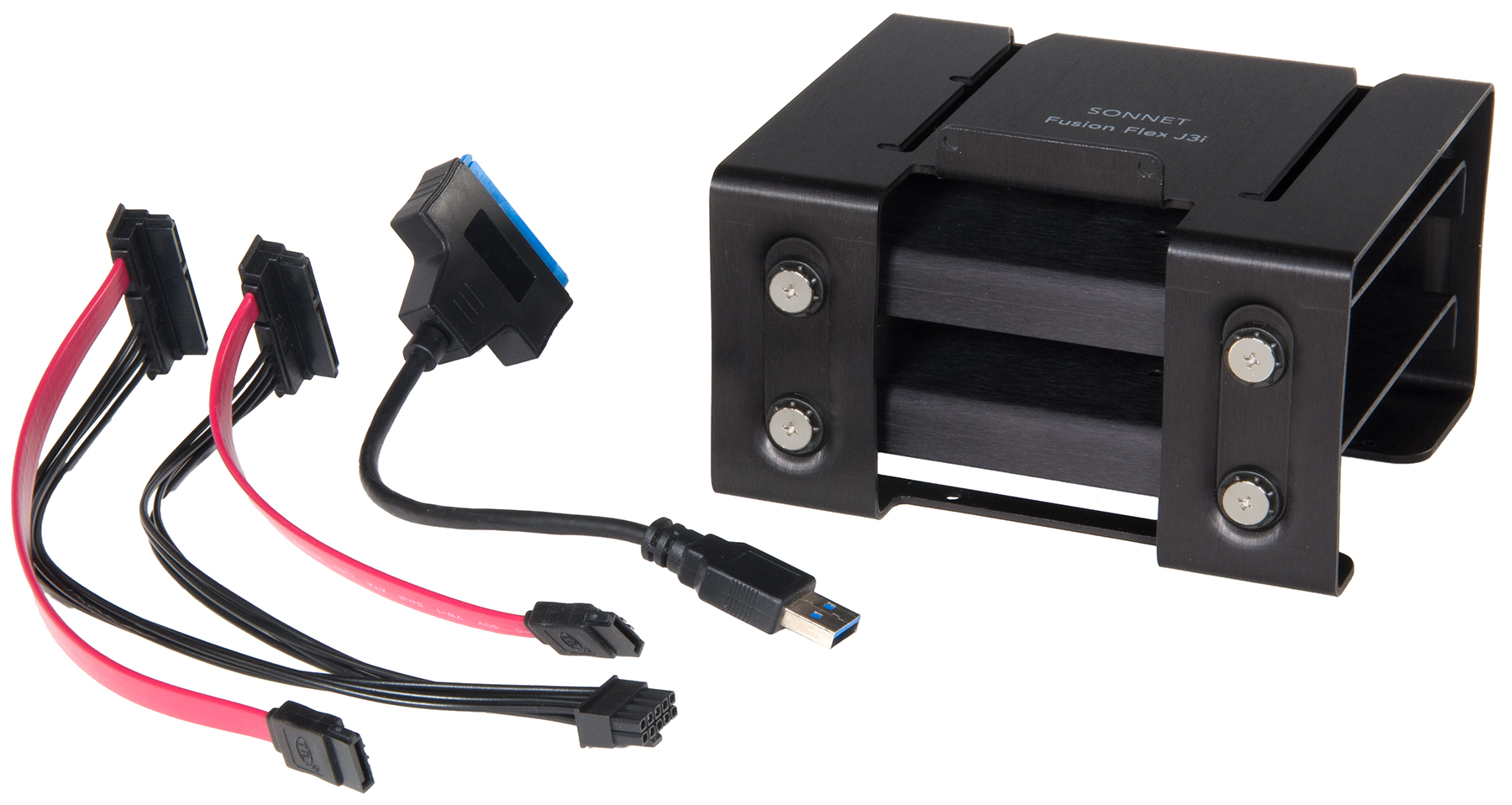 The Fusion Flex J3i includes the mount, required power/data cable assemblies, and mounting brackets to fit 2.5-inch drives into the 3.5-inch drive slots, but the drives themselves are sold separately. It will be priced at $199.99 and launches on June 15.Related Roundup: Mac ProTag: SonnetBuyer’s Guide: Mac Pro (Buy Now)
This article, “Sonnet’s Fusion Flex J3i Mount Lets You Add Up to Three Internal Drives to Your Mac Pro” first appeared on MacRumors.com