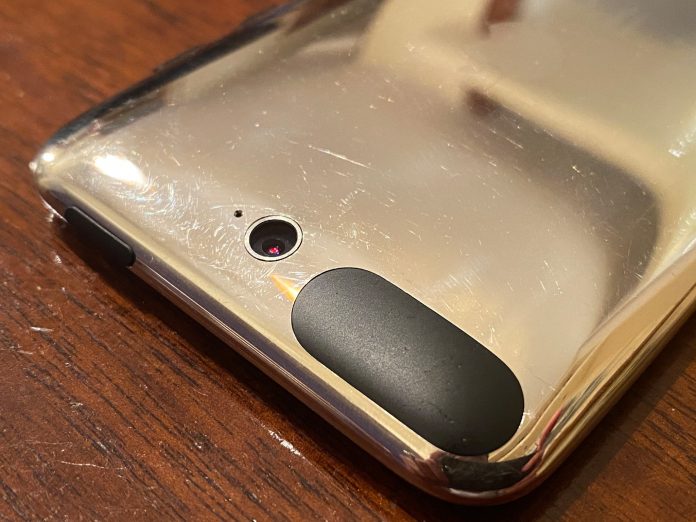 Prior to when Apple released the third-generation iPod touch in September of 2009, it explored a prototype version that had a centered rear camera, a feature the ‌iPod touch‌ ultimately did not launch with.

Giulio Zompetti, a developer who collects Apple device prototypes, today shared some photos of the third-generation ‌iPod touch‌ with rear camera, giving us a clear look at the design variation that Apple tested.

Back in August 2009, prior to when the third-generation ‌iPod touch‌ launched, MacRumors received photos of the prototype model with camera, sparking rumors that the upcoming device could launch with a camera.

At the time, it was believed that Apple scrapped the camera from the ‌iPod touch‌ late in the design process. Final versions of the ‌iPod touch‌ had an empty space where a camera might have been positioned.

After leaking in 2009, a prototype version of the third-gen ‌iPod touch‌ was spotted in a video in May 2010, and ahead of that, in April 2020, a couple of prototype models with camera showed up on eBay.

The eBay seller at the time said that he purchased the models at a flea market from someone who had bought them from a live auction in the Bay Area. Prototype devices like the third-generation ‌iPod touch‌ are hotly desired by collectors and surface on auction sites. Zompetti has in the past said that some of his devices are surfaced from device recycling facilities.