Home News OnePlus 8 Pro vs. Samsung Galaxy S20 Plus: Which should you buy?
News

OnePlus 8 Pro vs. Samsung Galaxy S20 Plus: Which should you buy? 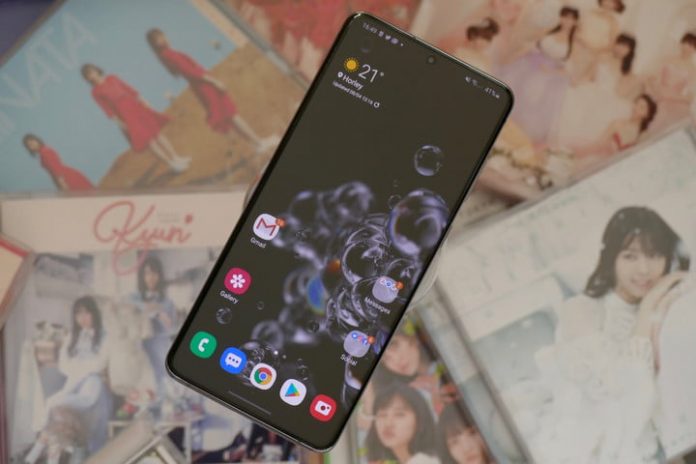 The OnePlus 8 Pro and the Samsung Galaxy S20 Plus are possibly the best smartphones that the companies have produced to date. Both devices get the fundamentals of smartphones absolutely right: Beautiful screens, great cameras, strong battery life, and fast performance. While each is an excellent smartphone in its own right, though, which one is better?

To find this out, we compared the OnePlus 8 Pro and Samsung Galaxy S20 Plus across six categories. By looking more closely at their designs, performance, cameras, battery life, software, and special features, we determine which of these two premium phones is just that little bit better than the other. Hopefully, this should help you decide which is the right device for you.

The Samsung Galaxy S20 Plus and the OnePlus 8 Pro are both very good looking smartphones. They feature very similar all-screen displays, which are interrupted only by a small punch-hole selfie camera near the top of their respective screens. They also both feature similarly curved, ergonomic edges around the sides and rears of their bodies. Still, while they might look almost identical to a casual observer, the Galaxy S20 Plus is more comfortable to hold, being lighter, thinner, and slightly less tall and wide.

Again, the screens of both smartphones are also alike. The Galaxy S20 Plus offers 3,200 x 1,440 pixels, as well as a refresh rate of 120Hz. The OnePlus 8 Pro’s screen also boasts a 120Hz refresh rate, while its resolution of 3,168 x 1,440 pixels is virtually identical to the S20 Plus’. The Samsung smartphone has a slightly smaller screen (at 6.7 inches versus 6.78), which means it offers more pixels per inch. However, it’s really hard to notice any real difference in visual quality — and we’ve really tried.

As for durability, both phones have an IP68 rating, which should mean that they can cope with immersion in up to 1.5 meters of freshwater for as long as 30 minutes without sustaining any damage.

In other words, the Galaxy S20 is slightly more comfortable, but otherwise, the two phones perform similarly well design-wise. So we’re going to call this a tie.

Speaking of similarities, both the OnePlus 8 Pro and the Samsung Galaxy S20 Plus run on a Qualcomm Snapdragon 865. The 865 provides more than enough computing power to manage the latest apps and video games. That said, the standard (i.e., cheaper) version of the OnePlus 8 Pro comes with 8GB RAM, while the Galaxy S20 Plus is available only with 12GB. This gives the S20 Plus more bandwidth to handle more tasks at once and to handle them more smoothly, but for an extra $100, you can opt for the OnePlus 8 Pro model with 12GB RAM and 256GB of internal memory.

Continuing this theme, both phones come with 128GB of internal storage as standard. However, the Galaxy S20 Plus includes a MicroSD card slot, while it’s also for sale in a 512GB version (for an extra $100). It should therefore be able to store considerably more of your photos, videos, and songs.

Both phones also have nearly identical battery capacities. The S20 Plus provides 4,500mAh, while the OnePlus 8 Pro provides 4,5100mAh. In both cases, even heavy users will find that they can play with their phones for more than a day without needing to charge. Both smartphones also enable fast-wired charging, although the OnePlus 8 Pro’s fast charging operates at 30W, compared to the S20 Plus’ 25W. This allows the OnePlus 8 Pro to charge just that little bit more quickly, although there still isn’t a massive enough difference to say that it offers a significantly better battery setup.

As far as specs go, the OnePlus 8 Pro and the Samsung Galaxy S20 Plus look like they have evenly matched camera systems. However, in practice, the new 64MP telephoto lens with an f/2.0 aperture of the S20 Plus provides a much powerful zoom than the OnePlus 8 Pro, allowing for up to 3x optical zoom and 30x digital zoom. By contrast, the 8 Pro has only an 8MP telephoto lens.

Still, the OnePlus 8 Pro provides a more powerful 48MP wide lens, and also a 48MP ultrawide lens. This arguably gives you more detail and texture when taking normal photos (compared to the S20’s 12MP wide and ultrawide lenses), but the S20 Plus has a time-of-flight sensor that enables much more accurate depth sensing. As a result, it often lets you take more dynamic and vivid photos than the 8 Pro.

Another point in the Galaxy S20 Plus’ favor is that it’s capable of capturing 8K video at 30 fps. The best the OnePlus 8 Pro can manage is 4K at 60 fps, which is still obviously very good, but not quite at the same level of liveliness. It’s for this reason, as well as for the greater possibilities opened up by the depth sensor, that we’re giving this round to the S20 Plus.

The Samsung Galaxy S20 Plus runs on Android 10 with Samsung’s new One UI 2.0 built on top, which makes using your phone easier and simple, thanks to such features as bigger app icons and the always-on display. Similarly, the OnePlus 8 Pro operates on a proprietary mod of Android 10, Oxygen OS 10.5. Oxygen OS 10.5 is a very good system, running very efficiently and making it easy to navigate the OnePlus 8 Pro. It features a slide-in screen that is powered by Google Assistant, and which offers a variety of news and weather updates. However, the lack of an always-on display is a loss and arguably makes the One UI 2.0 slightly more useful.

That said, OnePlus has better form at the moment than Samsung when it comes to getting Android updates. As such, we’re going to call this round a tie.

The Color Filter on the OnePlus 8 Pro. Andy Boxall/DigitalTrends.com

Importantly, both the Samsung Galaxy S20 Plus and the OnePlus 8 Pro support 5G. Yes, 5G networks are hardly ubiquitous at the moment, but this will likely change in a couple of years.

Apart from that, both phones don’t have too many especially new features, although there are some worth mentioning. The S20 Plus has Samsung’s desktop DeX mode and adds a time-of-flight sensor to its tri-camera system, enabling you to take photos with better depth perception. On the other hand, the OnePlus 8 Pro features a quirky Color Filter lens as its fourth camera. As novel as this might be, it’s not really a useful feature, and we expect most people will tire of it quickly.

Another special feature that the S20 Plus has is the aforementioned ability to shoot 8K video, which looks incredible. This is something the 8 Pro lacks, so in combination with the more practical depth sensor, we’re going to give this round to the S20 Plus.

The Samsung Galaxy S20 Plus starts at $1,200 and is widely available from all major retailers and carriers. If you want the 512GB version, you’ll have to pay around $1,350.

The 8GB/128GB version of the OnePlus 8 Pro is priced at $900, while the 12GB/256GB model costs $1,000. However, despite being noticeably cheaper than the S20 Plus, it isn’t sold quite as widely. It can be bought from OnePlus’ own website and also from T-Mobile, Verizon, and Amazon. In comparison, the S20 Plus can also be bought at such retailers as Best Buy, Sam’s Club, AT&T, Sprint, Walmart, Xfinity Mobile, and others.

By a hair’s breadth, the Samsung Galaxy S20 Plus is an objectively better phone than the OnePlus 8 Pro. Both phones have uncannily similar specs, yet the slightly better camera and software of the S20 Plus edge it ahead of the 8 Pro.

Nonetheless, the 8 Pro is at least $200 cheaper than the S20 Plus and does pretty much everything that Samsung’s phone can do. This means that if you want to save some money while enjoying a premium, state-of-the-art Android smartphone, the OnePlus 8 Pro is actually the better choice.