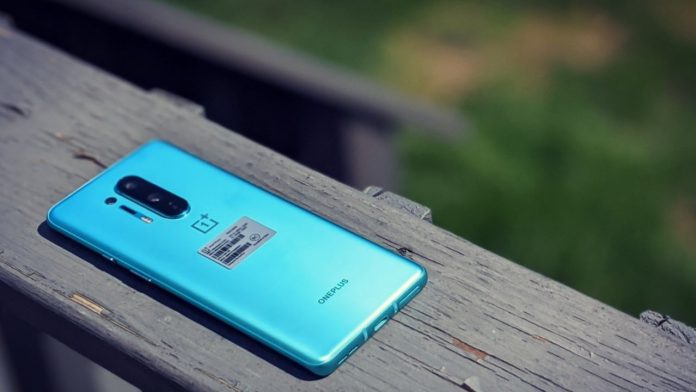 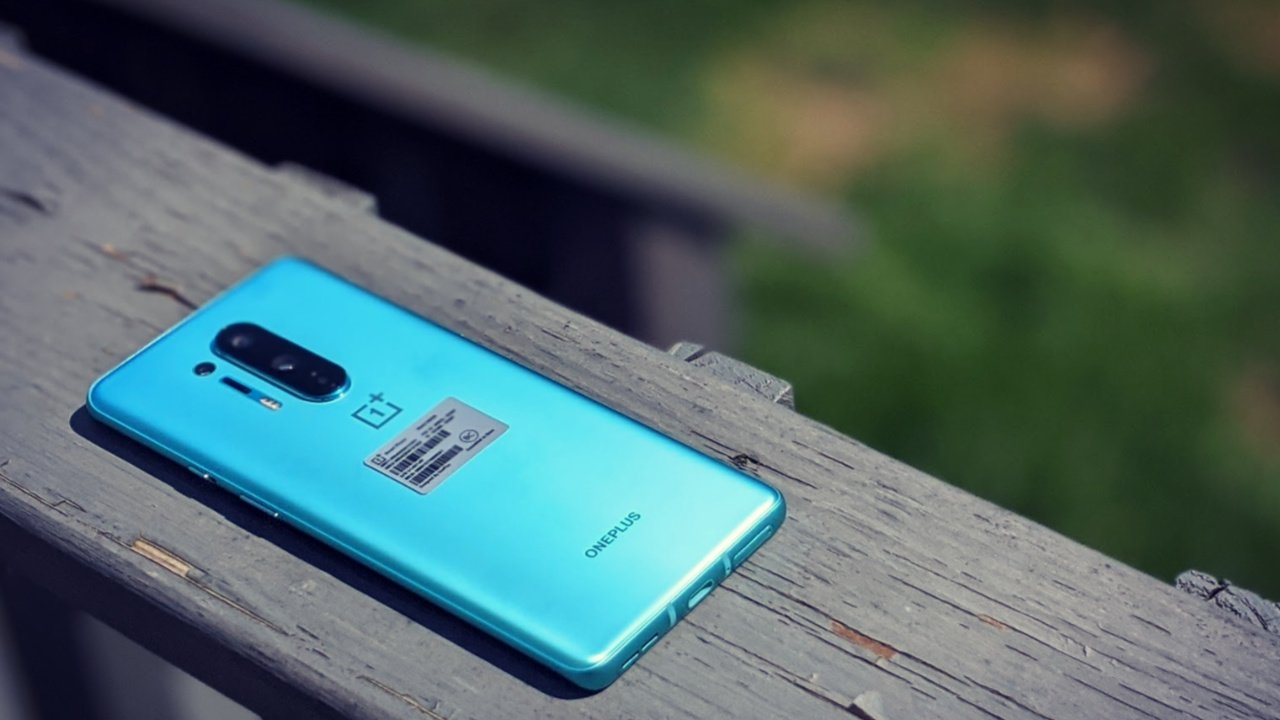 Maybe it’s the ongoing pandemic getting to me, but I think that spring of 2020 has produced some of the most exciting phones to date. It has been a long time since I looked at so many devices, thinking, “wow, that’s really cool and/or interesting.”

The OnePlus 8 Pro, now available, is perhaps the most fun I’ve had with a phone in some time. Why? What’s so special about it? Well, you’ll just have to read on to find out.

What is the OnePlus 8 Pro?

Simply put, it’s the biggest and best phone that OnePlus has produced thus far. And with it comes its most expensive price tag. At $899.99 it’s a fair amount less than $1,000 and a few hundred cheaper than the competition; however, it’s nowhere near the half-priced “flagship killer” alternative it once was. 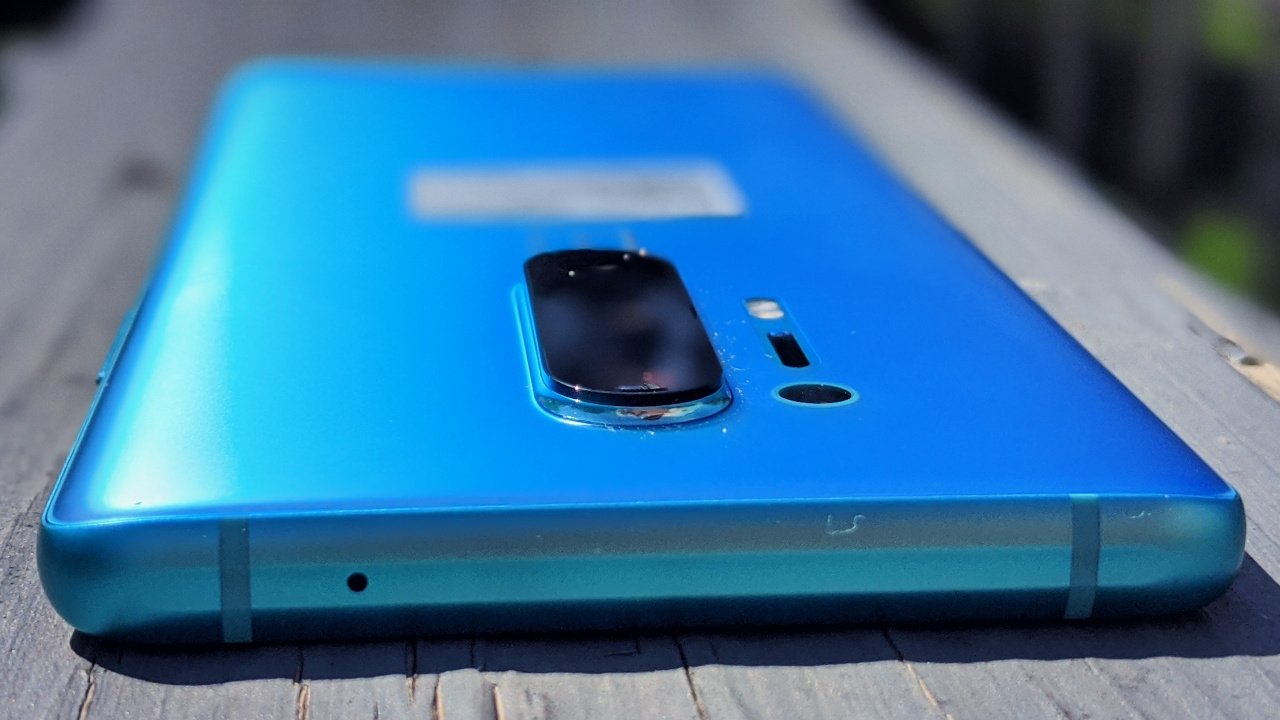 Based on Android 10, the phone runs OxygenOS which is more or less a stock version of Android — with a few custom tweaks and settings. And as much as I like the lean and clean Android experience, I love the extras present in the UI. More on that in a bit.

The screen measure 6.78 inches with a hole-punch cutout for the front-facing camera; the resolution is 3,168 x 1,440 pixels with a 19.8:9 aspect ratio and all of it is protected by Gorilla Glass. Oh, and there’s an in-display fingerprint reader, too. 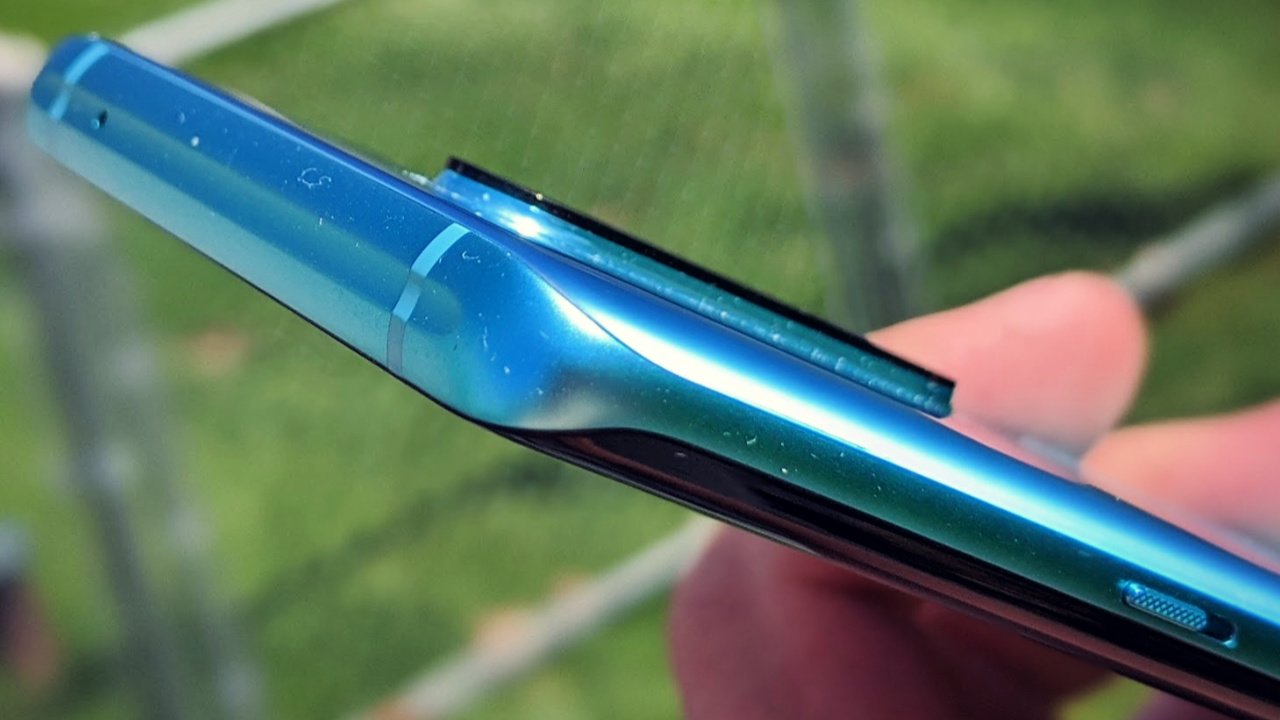 Other noteworthy features include a 4510mAh battery with wireless charging support – a first for OnePlus, an IP68 rating against water and dust, and support for a whole array of 4G and 5G bands. There’s also Bluetooth 5.1, NFC, Wi-Fi 6, and every other type of connection you can think up.

All of this is to say that the OnePlus 8 Pro has what it takes to go toe-to-toe with any other phone on the market. It’s big, it’s beautiful, and it’s as powerful as the day is long.

We’ve reviewed our fair share of OnePlus phones over the years but it has been some time since I personally spent time with one. The last time I had one as a daily driver was the OnePlus 3. Suffice it to say, I fell fast in love with the OnePlus 8 Pro.

Removing it from the box, powering it up, and going through the initial steps of setup were fun for me. I might describe it akin to waiting for video game to go through the loading screens on Christmas morning so I can play it.

Although it’s rather heavy, there’s no unnecessary bulk. The battery is generous at 4,510mAh and that’s likely a huge chunk of the weight. 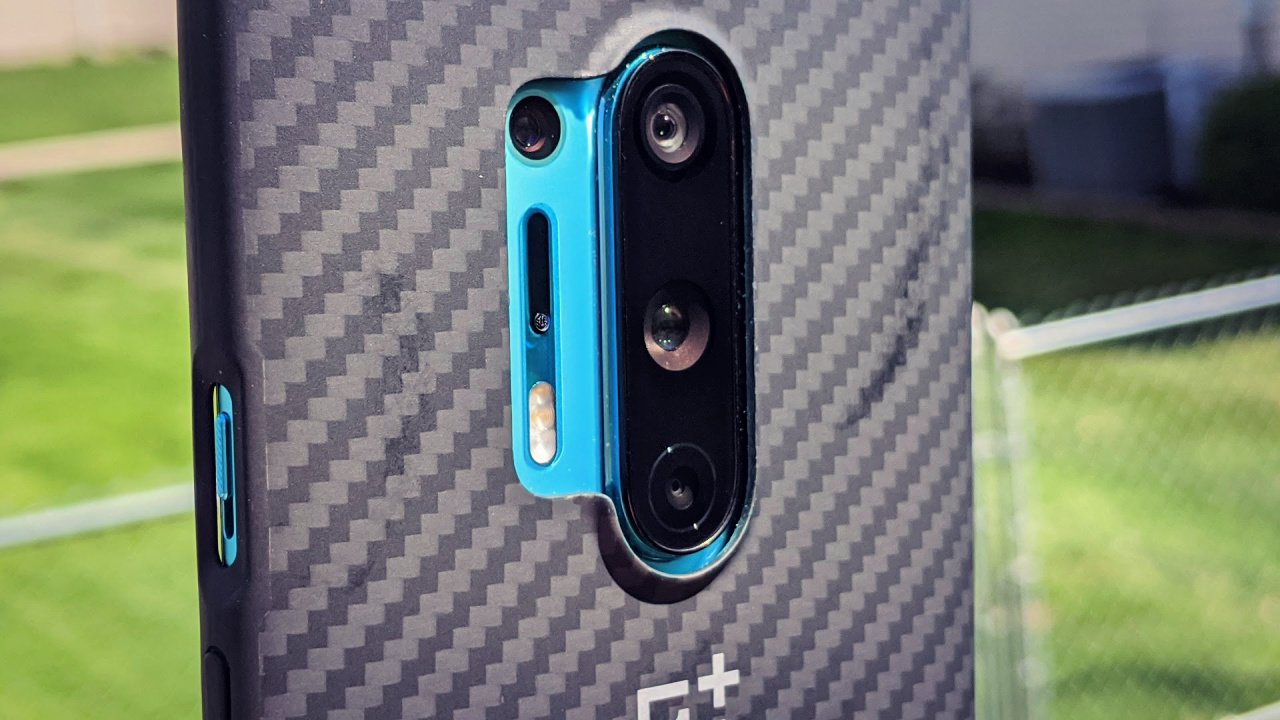 The screen wraps around to the side edges and it wastes no space with bezels or buttons. It’s all screen. All gorgeous, high resolution, screen that moves at incredibly stunning 120Hz refresh rate.

Buttons are a little different for me in that the volume are on the left side while most handsets keep them on the right. Present on the right with the power button is a switch that lets users move between silent, vibrate, and ring modes.

The OnePlus 8 Pro is curved, modish, and looks every bit what you’d expect from a flagship phone in 2020. The Glacial Green in our review unit catches light and provides a very muted gradient effect. It might as well vibrate and hum in bright environments for how much it gleams.

I’m not wild about the pronounced camera module down the spine as I am always worried about scratching and scuffing them. But, place it in a case and the problem is easily solved.

It’s worth mentioning that there is no headphone jack present. If that matters to you, I can’t help you. I’ve slowly come around to the idea that it’s not going to be there in most cases and if it is, it’s a bonus.

I had forgotten how much I appreciate what OnePlus does for the software experience. While it resembles what you might get from a Pixel phone, you can go a layer deeper with custom enhancements and tools.

Users can define settings right out of the box with things like choosing gestures versus buttons or how you want to power button to behave if you hold it down. Instead of the normal menu you can opt to make it trigger Google Assistant, for instance.

Play around and you’ll find that you can create a theme that has the precise colors you want for icons and menus, replace the icons, and more. And that’s just the beginning. But, lest you feel like this leads to unwanted bloatware and things that get in the way, I’ll share that it’s all voluntary stuff that’s tucked away in the settings.

The OnePlus 8 Pro has a number of cool features that enhance the experience visually, including Adaptive Display, Motion Graphics Smoothing, and Vibrant Color Effect Pro. Each does its part to make pictures and videos look even better with higher contrast and more rich detail.

There is very little installed on the OnePlus 8 Pro that isn’t in the standard suite of Google software. Our device came with Netflix and Facebook but that was essentially it. And really, they’re far and away some of the most popular titles that users install on day one.

There are a couple of OnePlus apps and settings present but they do serve practical purposes. The Game Space, for example, tunes the phone’s settings to get the best performance possible out of games and keeps notifications from bothering you during gameplay.

Come on, really? What do you expect when you pair the latest version of Android with the best processor on the market and the most efficient memory available? To say that the OnePlus 8 Pro hums would be selling it short. 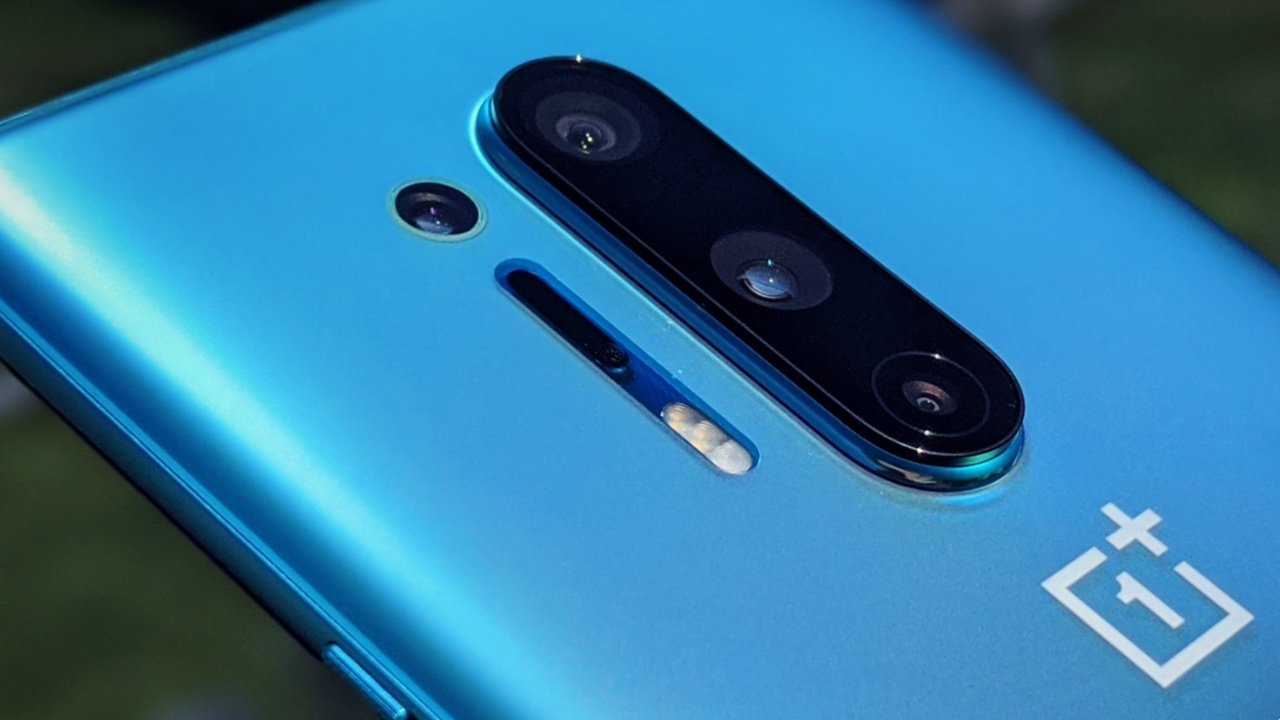 I’ve thrown everything I can at the phone in my two weeks with it and I’ve yet to see it stutter. And the more I use it, the more I see how it runs circles around my daily driver.

Even little things like screen rotation seem to be much smoother and faster. Hopping from app to app? I can’t move quick enough with the navigation and gestures to begin to test it.

I’m the first to admit that I don’t game too heavily on phones and often prefer to install casual titles that I can pick up and drop any time. Even those apps install quicker, boot up faster, and look better.

Playing a driving game like Asphalt 9 it’s easy to see why people love it so much and why gaming-centric phones are taking off. When you have a screen this big, with a 120Hz refresh rate, and more than enough hardware, it’s a blast.

I’ve been a big advocate for Google’s Pixel line since it launched and also carried a few Nexus phones for my day-to-day. I love the simplicity of the UI, the lack of unnecessary software, and the downright best-in-class camera experience.

The camera alone is why I have had such a tough time transitioning away from Google’s phones. What it was able to do with its single lens was mind-blowing to say the least. The Pixel 4 took things to a new place with an improved experience but the battery always gave me a bit of pause. 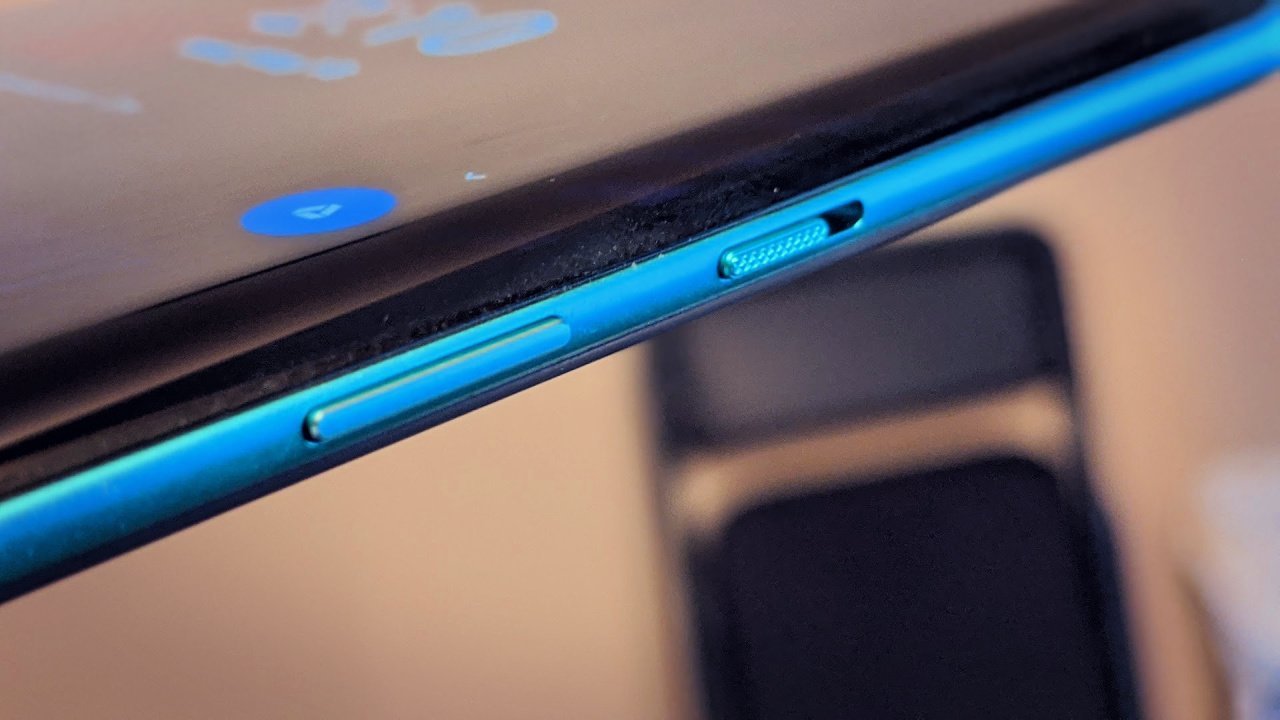 The OnePlus 8 Pro is among the first phones in some time where I was content to use it as my daily phone. Normally, I carry my Pixel 4 as my main phone in the event I want to capture something on the fly. The phone I am reviewing usually comes out for sample pictures, but I am usually a bit hesitant to rely on it for candid stuff or action shots.

It took me all of a few days to confidently switch my SIM card out and lean on the OnePlus 8 Pro for my needs. As far as the camera goes, I’ve been more than impressed with the results thus far. And in all transparency, I sort of dig the numerous options available and the way in which they’re presented. 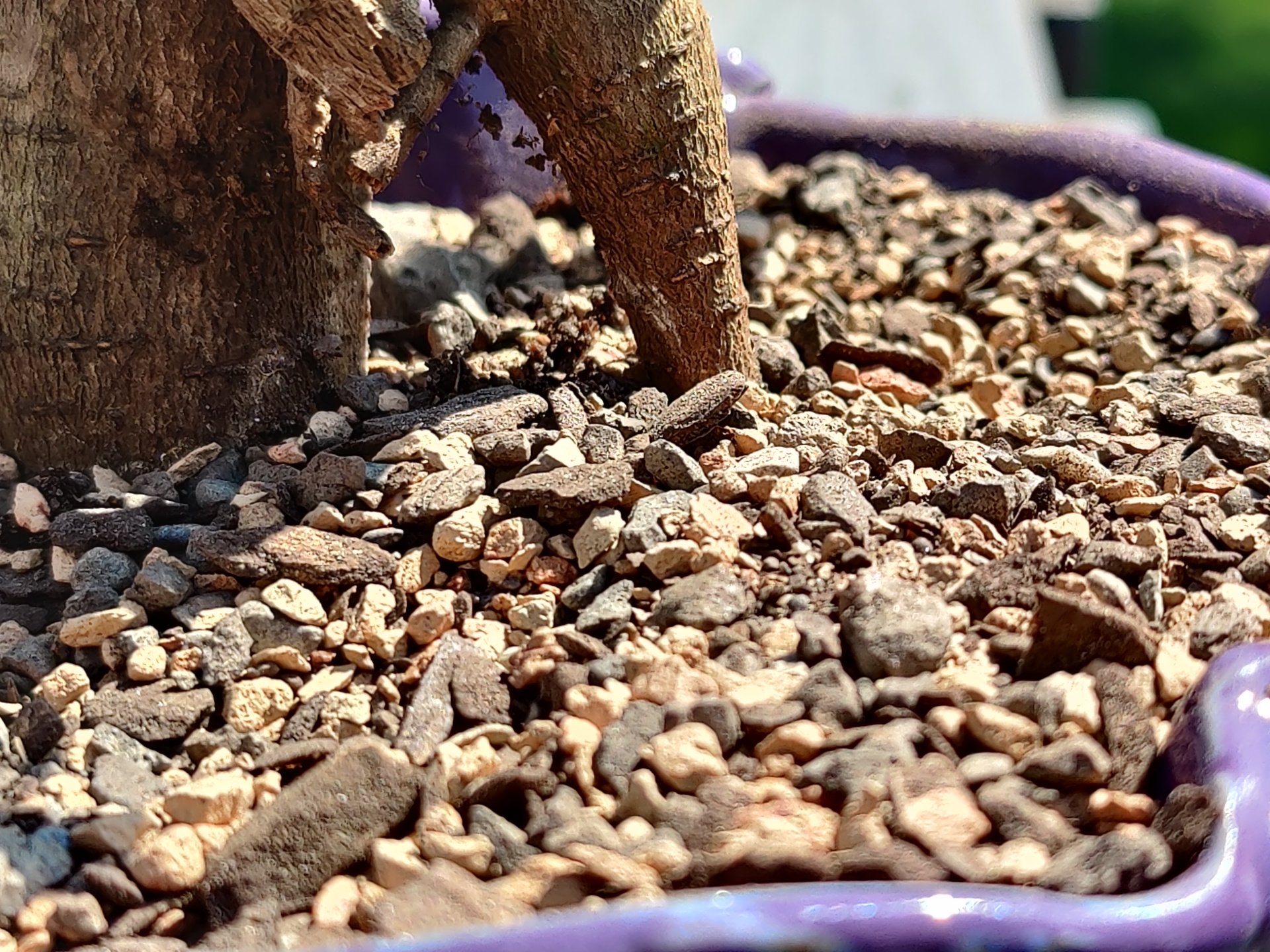 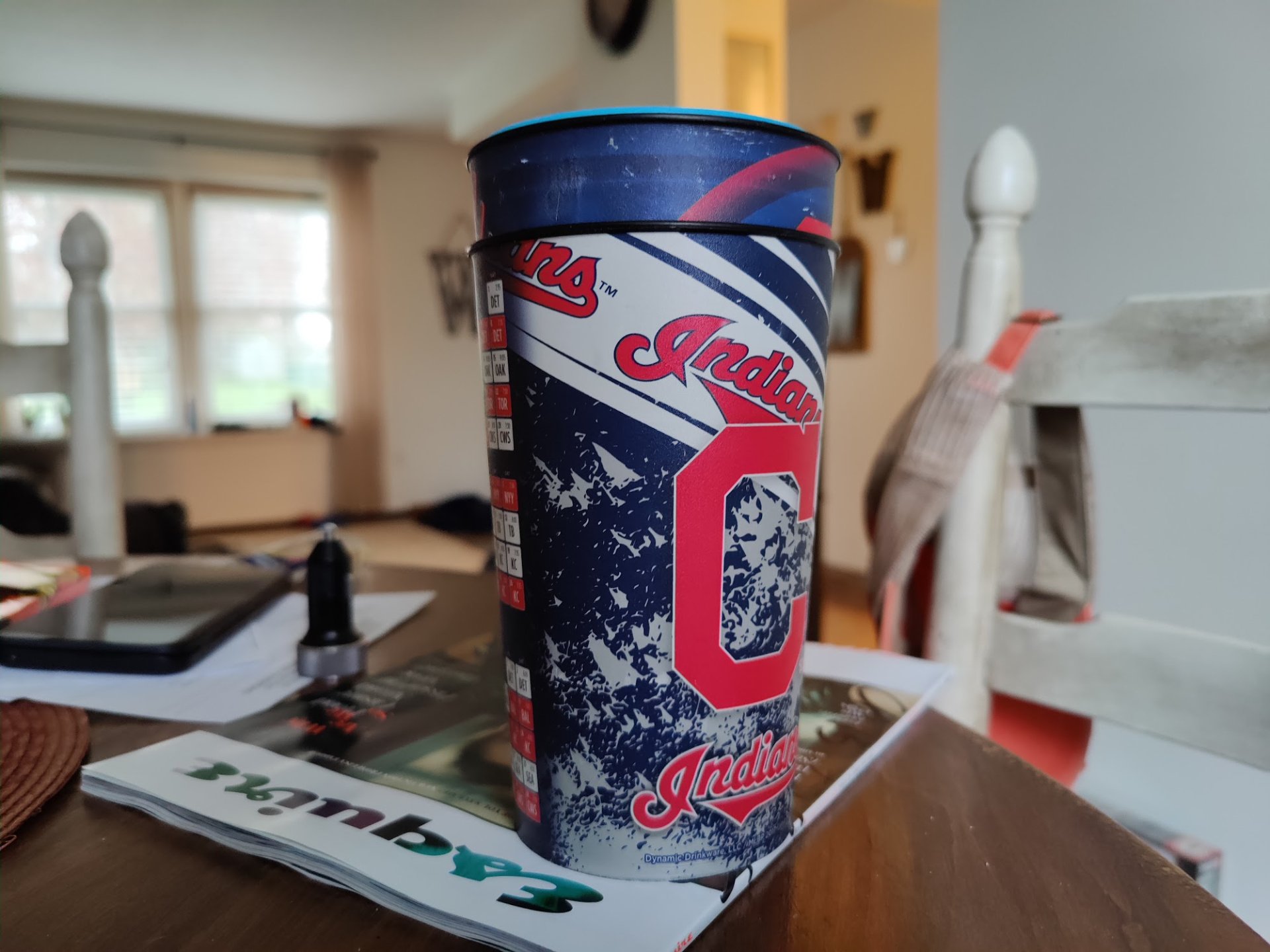 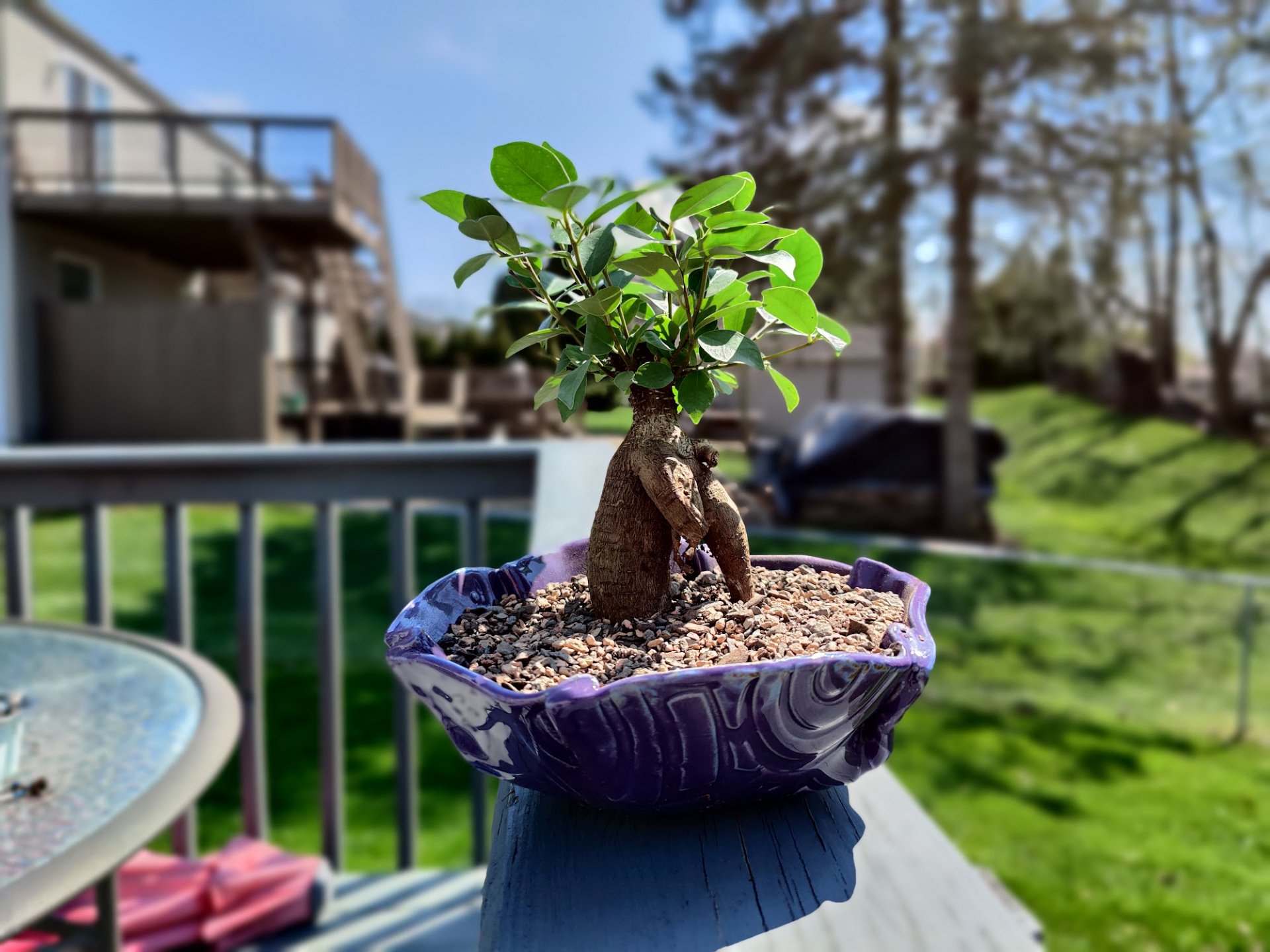 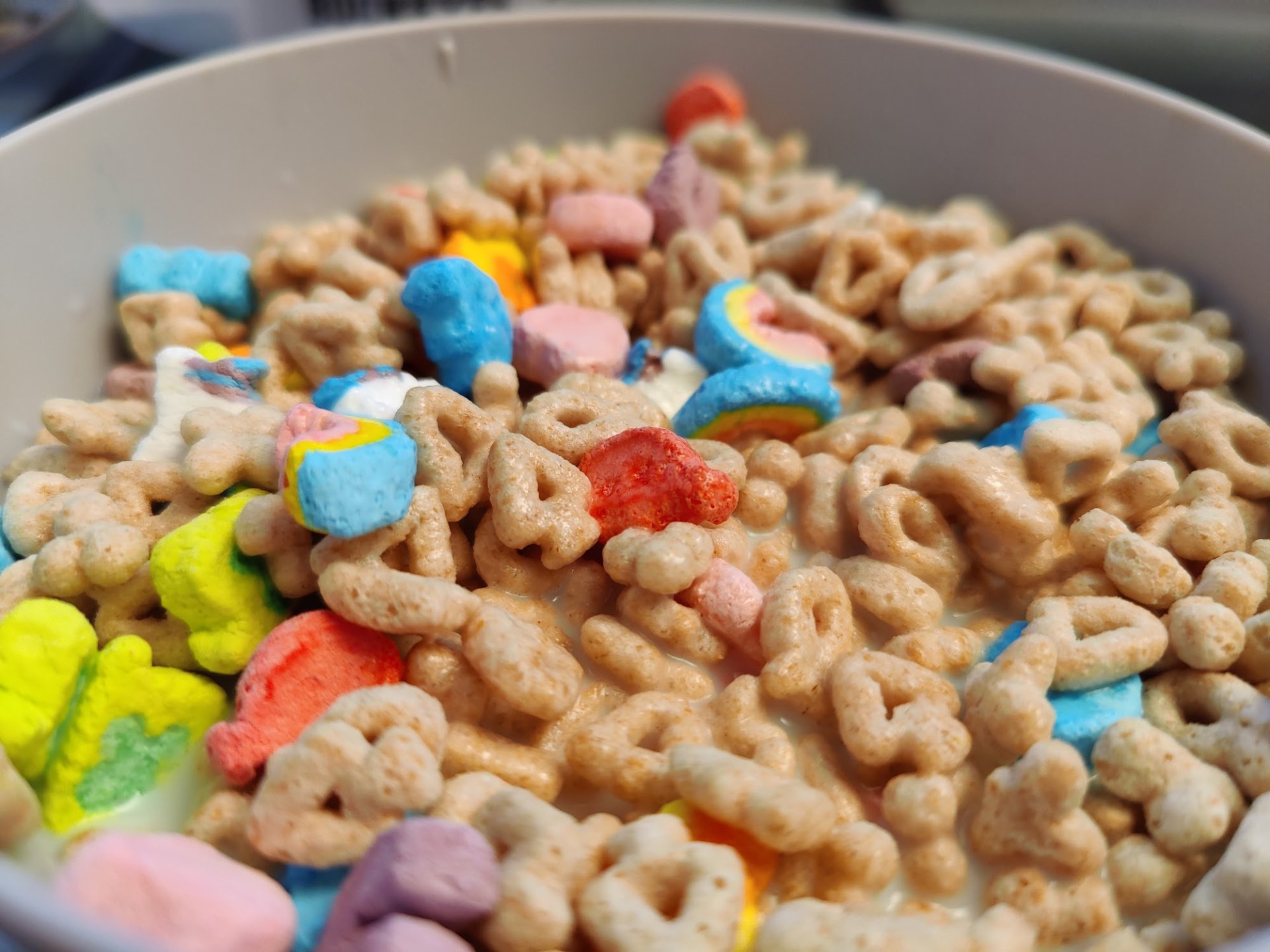 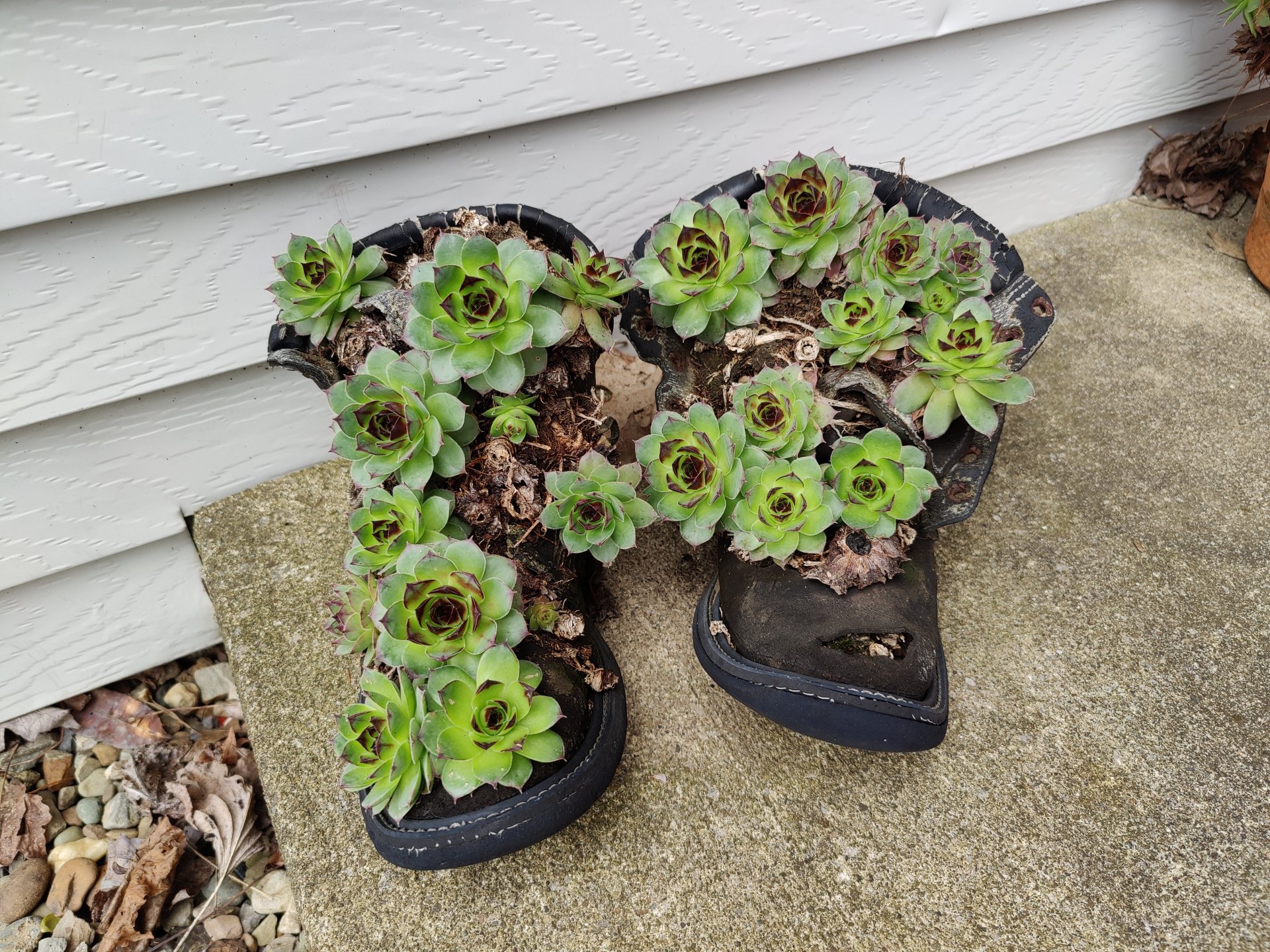 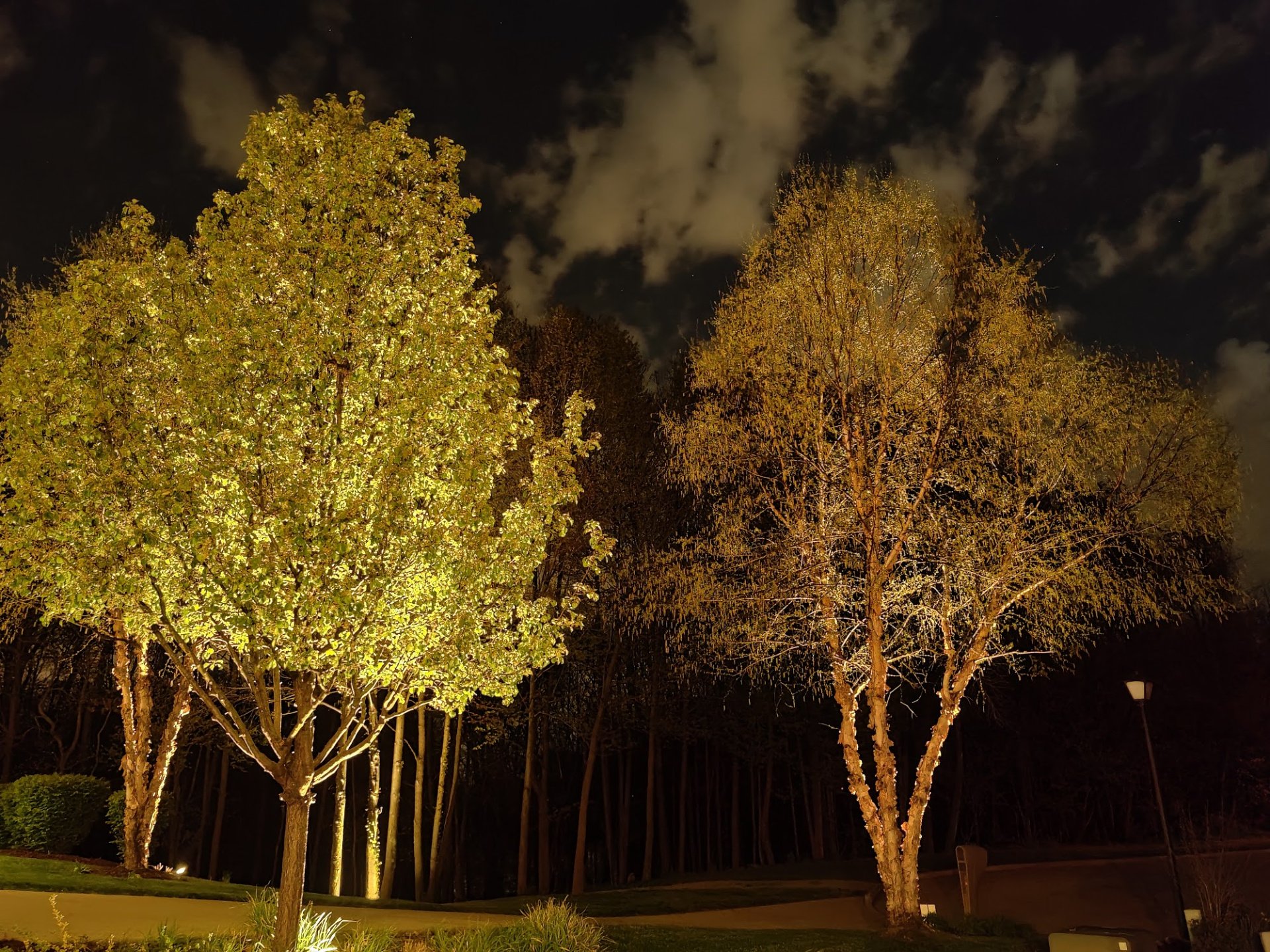 I also want to call attention to the in-display fingerprint reader. It’s incredibly fast and accurate; it’s how I envisioned it working when the tech was first introduced. Having the thumb symbol and the animation are fun and helpful.

The OnePlus 8 Pro is the best phone it has offered up so far. It excites me. Not because it necessarily does something better than others, but because it does what other flagships do at a cheaper price.

I need to clarify my position here – I am not advocating for this as the phone solution for all consumers. Many readers do not need this much hardware and they certainly can get away with a much lower-priced and lesser-powered experience. But for those who do want the “latest and greatest”, I submit the OnePlus 8 Pro. 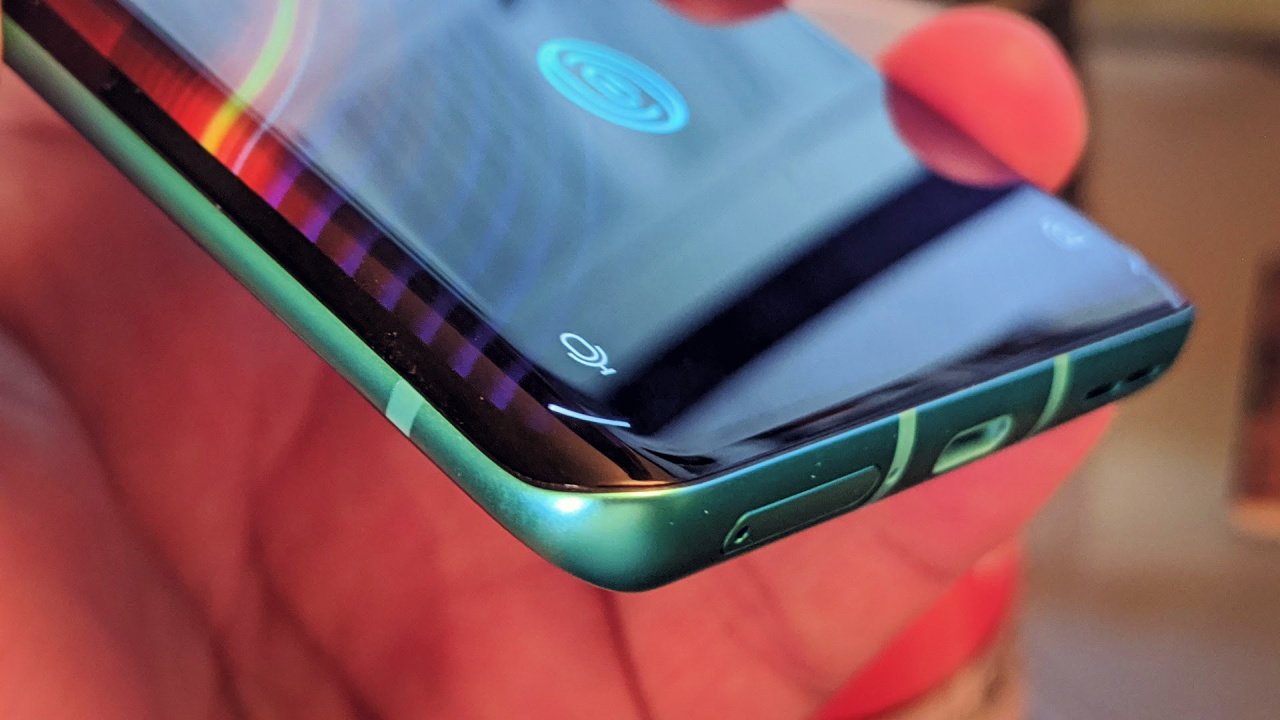 If you’ve ever seen the OnePlus brand and wondered if it’s worth looking into, now’s the time. It’s the perfect option for someone who felt burned by the Pixel 4 and doesn’t much care to wait for the successor.

If you’ve spent a few years floating around the Samsung galaxy and want to try something new, here’s your chance.

I’ve convinced more than a few people to consider the OnePlus line over the years and it seems to get easier with time. It took me very little time to warm to this handset; I’ve already talked friends into it as the next device for their carrier.

The OnePlus 8 Pro is available as an unlocked phone for $899.99 or $999.99, depending on the memory and storage, at OnePlus website. Amazon also offers the handset for the same price.

One of the last Intel-based Macs, the new 5K iMac had an uphill battle to impress us. Here's how it stacks up.
Read more

Here’s everything we expect from Apple’s fall iPhone event

The iPhone 12, Apple Watch Series 6, and more could all make an appearance
Read more

Review: The 1More ColorBuds are the Galaxy A series of earbuds

Another one.I know what you're probably thinking: "How can they possibly have found another pair of true wireless earbuds to
Read more