Home How to Is Call of Duty: Warzone cross-platform? What you need to know
How to 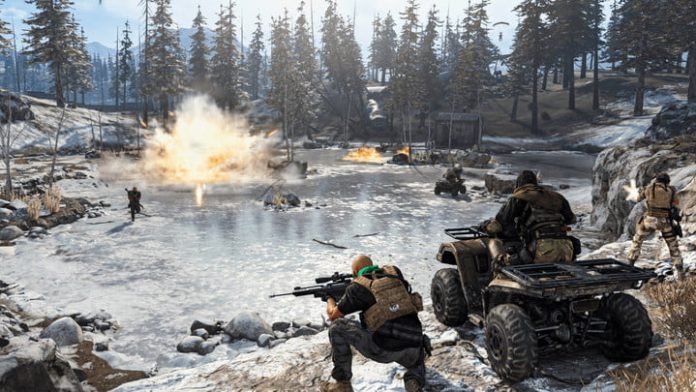 Although 2019’s Call of Duty: Modern Warfare was a huge success, it’s Warzone that’s pushing the decades-old franchise forward. This free-to-play battle royale mode is giving titans like PUBG and Apex Legends a run for their money, featuring the same viscerally satisfying combat seen in Modern Warfare. One of the main reasons Warzone is so popular, though, is that it supports cross-platform play. Here’s everything you need to know about crossplay and cross-progression in Call of Duty: Warzone.

Is Call of Duty: Warzone cross-platform?

Call of Duty: Warzone supports cross-platform play between PC, PS4, and Xbox One. Like 2019’s Modern Warfare, connecting with players on other platforms is an essential part of the matchmaking process. There’s nothing special you need to do to enable cross-platform play. By default, Modern Warfare and Warzone will pair you with players across different platforms in order to fill empty matchmaking spots quickly. Whenever you join a match, you’ll be able to see which platform each player is on, as well as if they’re using a keyboard or controller.

Playing on a console doesn’t put you at a disadvantage if you’re rough with a controller, either. The PS4 and Xbox One versions of Warzone have support for a keyboard and mouse, no need to rebind anything. If you prefer a couch rather than a desk, you can use something like the Roccat Sova to play with a keyboard and mouse on your lap.

How to add friends in Call of Duty: Warzone across platforms

Call of Duty: Warzone cross-platform support comes from Activision, so you’ll need an Activision account to add your friends. If you just downloaded Warzone and don’t have an account yet, don’t worry. When you start the game for the first time, you’ll be prompted to create an Activision account that’s linked to whatever platform you’re on (you’ll use your PSN ID to log in if you’re on PS4, for example).

To add your friends, you’ll need to go to the social menu from the Warzone main menu. You can find it in the upper right corner. The social screen will show any friends playing on the same platform as you, so if you have a friend on Xbox Live and you’re playing on an Xbox One, you’ll see them on the social screen. To add friends on other platforms, click the Add Friends button in the upper left corner.

You’ll need your friend’s Activision ID to add them on Warzone. Like Discord, Activision assigns users a random string of numbers after their username, which you’ll also need. We recommend using the full ID, including the number, to add new friends. With how many duplicate usernames there are, searching is a nightmare.

And that’s it. Now that you’ve added a friend, you can start a party with them, set a private group chat, and join their game. The system really is seamless. The only thing you need to concern yourself with is an Activision ID. That’s what makes the world of Warzone cross-platform support turn.

How to disable Call of Duty: Warzone crossplay

If you want to play with others only on the same platform as you — say, if you suspect someone is cheating — you can turn cross-platform play off. To do so, head to Options > Account from the Warzone home screen. Then, toggle the crossplay option to the off position. In this menu, you can also change voice and text chat settings for players on other platforms.

Like Destiny 2, Call of Duty: Warzone supports cross-progression. Everything you do in the game is tied to your Activision ID, so if you’re playing on multiple systems, all you need to do is log in to your account to update your progress. Experience with your character and weapons carries over, as do any items you’ve earned or purchased, missions you’ve completed, and your battle pass progress. The only thing that doesn’t carry over is any CP you have. CP, the Warzone in-game currency, is tied to whatever platform you’re playing on, not your Activision ID. Still, anything you purchase with CP carries over to other platforms.