Home How to How to watch Frozen 2 online: stream the movie for free
How to

How to watch Frozen 2 online: stream the movie for free 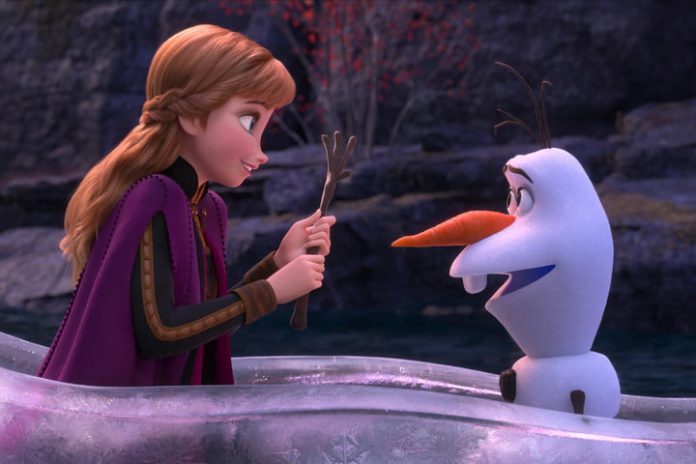 Unlike two youth-targeted films from earlier this year — Sonic the Hedgehog and Pixar’s Onward — the sequel to Disney’s 2013 double-Oscar-winning megahit Frozen was fortunate enough to fully complete its theatrical run before the pandemic shuttered theaters around the world. In fact, the musical-fantasy currently stands as the highest-grossest animation feature in history and is a fairly recent addition to the streaming market.

The first film follows the adventures of a princess, Anna, who sets out in the company of a snowman and a reindeer to free her Nordic kingdom from a curse of eternal winter put on by her older sister, Elsa. Frozen 2 is set three years later, with the siblings now banding together to uncover the origins of Elsa’s magical powers. Both movies, inspired by Hans Christian Andersen’s fairy tale The Snow Queen, are widely admired for their gorgeous computer animation.

How To Watch Frozen 2 Online In The U.S.

Disney released Frozen 2 on DVD, Blu-ray, and 4K Ultra HD in late February and was not planning to make the film available on its Disney+ streaming platform until four months later. But because the coronavirus pandemic has resulted in lots of cooped-up children in need of extra home entertainment, the company decided to allow streaming on March 15 instead.

So, as of now, the best — well, only — place to watch Frozen 2 online free of charge is on Disney+. For those who haven’t already subscribed to the rapidly expanding service, which is also the designated streaming home of Pixar, Marvel, Star Wars, and National Geographic, a one-week free trial is available. After that period, regular rates of $7 per month or $70 per year would go into effect.

A discount bundle — aptly named the Disney+ Bundle — that includes ESPN and Hulu for $13 annually is also worth considering, though a free trial is not extended for that option.

The first Frozen is additionally part of the Disney+ catalog — as are the four-episode 2016 miniseries Lego Frozen Northern Lights and the 24-minute short Olaf’s Frozen Adventure from 2017 — so a Frozen marathon viewing is also a viable option. And come June 26, Frozen 2 originally planned release date on Disney+, each 30- to 40-minute segment of a six-part documentary series, Into the Unknown: Making Frozen 2, series will be available.

Beyond Disney+, Frozen 2 can be rented or purchased through a multitude of video-on-demand sites, including Amazon Prime Video, iTunes, Vudu, and Google Play Movies. The price to own is a bit lofty at $20, while rentals will set customers back $5 to $6, depending on whether they opt for standard or high definition. Google Play Movies also offers a package deal consisting of both films for $28, a not-so-shabby savings of $12.