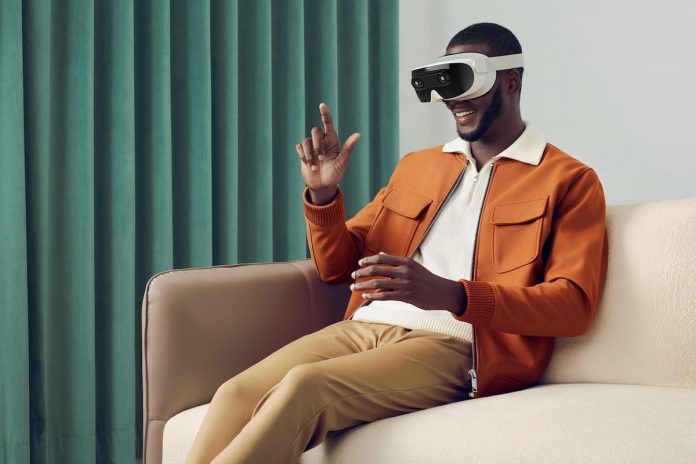 Peter Chou, the man best known for leading HTC through its “Quietly Brilliant” years and beyond, has a new venture. It’s called XRSpace, and it’s much more closely related to the HTC Vive than the HTC One M8. Three years in the making, XRSpace brings to life his vision of a social future inside virtual reality (VR) where you can high five your friends, hang out in your own virtual living room, and take tai chi lessons on a VR hilltop.

I spoke with Chou and his team ahead of launch to understand what makes XRSpace different.

“Our vision is to bring people together, no matter where they are in the world,” says Chou. “We are creating the social reality of the future, a world where people interact both physically and virtually, in a way that is more familiar and resembles our own human interaction. Our goal is to take this to the masses, not just gamers or early adopters.”

Virtual reality has struggled to gain interest outside gaming and business use, so what’s Chou and XRSpace’s plan?

The company wants to create a cohesive world that people will want to spend time in, where your avatar looks similar to your real-world self. Instead of using controllers, you’ll use your hands to interact with the world and other people.

“Our vision is to bring people together, no matter where they are in the world.”

“Since VR launched, there have been many barriers to wide adoption,” Chou said. “The hardware is bulky, gimmicky, hard to use, and complicated, and there is not much interesting content. The regular consumer may still be skeptical about it. For the last three years, we wanted to solve this. We put regular consumers at the center of everything we do.”

But bringing down barriers between everyday people and sophisticated technology is easier said then done. That’s why XRSpace is building its own VR headset designed with ease of use in mind.

XRSpace’s headset is called Mova, and although I haven’t held or tried one on yet, it looked compact and neatly designed when I saw it during my video interview. It was more Google Daydream than PlayStation VR. A Qualcomm Snapdragon 845 chipset, paired with 6GB of RAM, provides 25% better performance than the Snapdragon 835 used in many other current VR headsets.

“We wanted to make the hardware small, light, and beautiful,” Chou said.

While the headset is sleek, the real advances come in the way you interact with the VR world. The Mova doesn’t come with controllers because it doesn’t need them. The control method is all part of the plan to make the Mova appeal to the masses.

“We decided to just use bare hands,” Chou said. “Something simple, really easy. No controllers. No need to carry anything else. We want people to use their hands in the virtual world, like they do in the real world. It’s natural. You put your hands out to shake hands, high five, kick a ball, and clap.”

The optic sensors on the front of the Mova will recognize hand movements, and the absence of a controller will make you feel personally connected to the people and objects in the virtual world. In the concept demo I saw, avatars could carry out real-life basics like shaking hands (something that’s now difficult to do in real life). But the world you enter is not limited to moving your torso. You can also move about the space, at least to a degree.

“We have really innovative optical sensors, as it’s not easy to clearly recognize hand movements. It took us three years to overcome this,” Chou explained. “The module has a special chip, deep learning, and our own algorithms to recognize the subtle, difficult movement patterns. A smart tracker attaches to your knees or legs to track body movements.”

The world you access through the Mova is called Manova, and you’re represented by a digital avatar. Chou, and his company, put a lot of thought into how the avatars should look, and ultimately settled on a style that’s lifelike, though not entirely realistic.

Theses are two of the stylistic digital avatars ready to populate Manova.

“One of the reasons VR isn’t very immersive today is because it lacks a good digital avatar,” Chou said. He has some expertise in this area. After parting ways with HTC, he became chairman of visual effects company Digital Domain, which has created several virtual humans.

“Other VR platforms use cartoony avatars, so we wanted to create a very high-quality, lifelike avatar. So when people meet you, they know it’s you. [Our avatar] has a high-quality skin texture, and is full body, so we can track everything. It uses artificial intelligence for contextual awareness and to track hand and body movements, and has a natural facial expression, too.”

Your private cinema in Manova

It won’t fall into the Uncanny Valley trap, however. The highly stylized avatars have a distinct smooth, sleek look similar to a CGI film from Pixar, or life-management games like The Sims.

They will be created using an accompanying app, and can be customized with varied attire for different environments. You can relax in your private space in a different outfit than the one you wore to the business meeting, or to your tai-chi lessons.

Inside the virtual world of Manova

XRSpace’s world moves away from what the team called a typical “app store experience,” where you enter a VR space for an activity and then leave. Manova is a virtual world with persistent public and private areas. There is a city center with a cinema, a live music stage, sporting events, a nightclub, and an arcade with mini games.

Your private space has a living room and private cinema. You can invite people over to watch something, alter the lighting, and change the decor. Elsewhere in Manova there are meeting spaces, classrooms, and the Magic Lohas, an outdoor space with special areas for yoga, tai chi sessions, walking, biking, and meditation.

Tai chi in the Magic Lohas region of Manova

XRSpace hopes the breadth of activities in the expansive world will help people make and invite friends along, and there are plans to hold activities people can join each day.

Every community needs moderation, so XRSpace plans to work with service partners to introduce a report and block system. Community moderators will help manage social activities.

When can you visit, and how much will it cost?

The XRSpace Mova headset will cost $599 and be sold online and through partners, whether it’s a network or an educational body, as well as through retail channels. The company expects network partners to sell the Mova headset with a subsidy when it’s purchased with a contract for 4G/5G access.

The Mova headset will come in white or orange

The 4G LTE and Wi-Fi models will be out sometime between July and September this year, starting in Taiwan, and the 5G version will come later, most likely in conjunction with a network partner. Chou is hopeful the U.S. will follow, along with Europe.

“It would be good if we launch with a service partner,” Chou said. “We want to make sure when consumers have this, we want them to have lots of interesting services as well.”

What about visiting Manova without the Mova headset? “Not yet,” said Chou. “Right no,w we are only working on this headset because it seamlessly works with the digital avatar and the hand tracking.”

Powerful emotions in the VR world

We’ll find out if he’s right later this year. If nothing else, XRSpace’s timing could hardly be better.

How to reach maximum security on your Android device in 2020

OnePlus on Wednesday announced its newest phone, the 8T. Priced as low as $749, it builds on the flagship 8 announced earlier in the year.The OnePlus 8T has a faster refresh rate than its predecessor at 120Hz and features a 65-watt fast charging battery. In a related note, the battery is a smidge larger at 4,500mAh.According to OnePlus, the 8T can get a “full day’s charge” in just 15 minutes. A full charge takes just 39 minutes on the charger. To make this possible, the 8T relies on two batteries and a dozen temperature sensors.Other noteworthy differences include a video portrait mode and always-on display options. Perhaps most interesting, and welcome, change is that it uses a flat glass for the screen and not a curved edge.Similar to the OnePlus 8, the 8T has a 6.6-inch HD AMOLED display with an in-display fingerprint reader, 8/12GB RAM with 128GB/256GB storage. The rear houses a quad-camera experience centered around a 48-megapixel main camera sensor.The OnePlus runs Android 11 and will be offered in Lunar Silver and Aquamarine Green, The phone goes on sale October 23 at OnePlus and Amazon; pre-orders are available immediately.T-Mobile will be the exclusive carrier for the OnePlus 8T 5G in the United State. Its version will also be available October 23 with pre-orders starting October 16. Pricing will be $31.25/month for 24 months.
Read more

OnePlus 8T review: Not enough to stand out

Does the OnePlus 8T do enough to stand out from OnePlus' current lineup? Find out in our OnePlus 8T review!
Read more

Google Pixel 4a 5G review: Perfectly balanced, as all Pixels should be