Home Reviews Everything we know about the Samsung Galaxy Note 20 and Note 20+...
Reviews 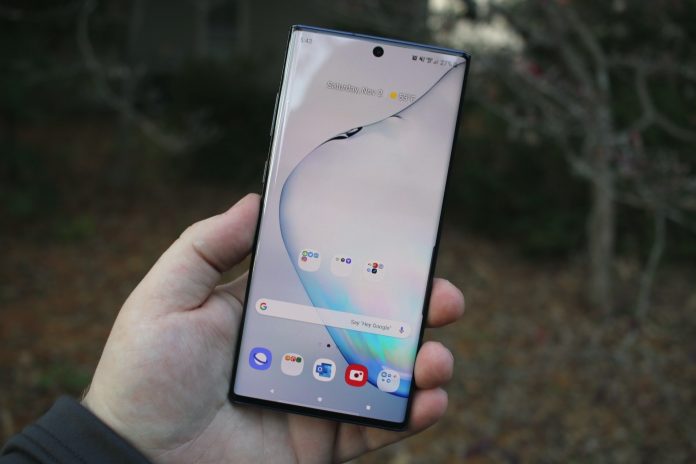 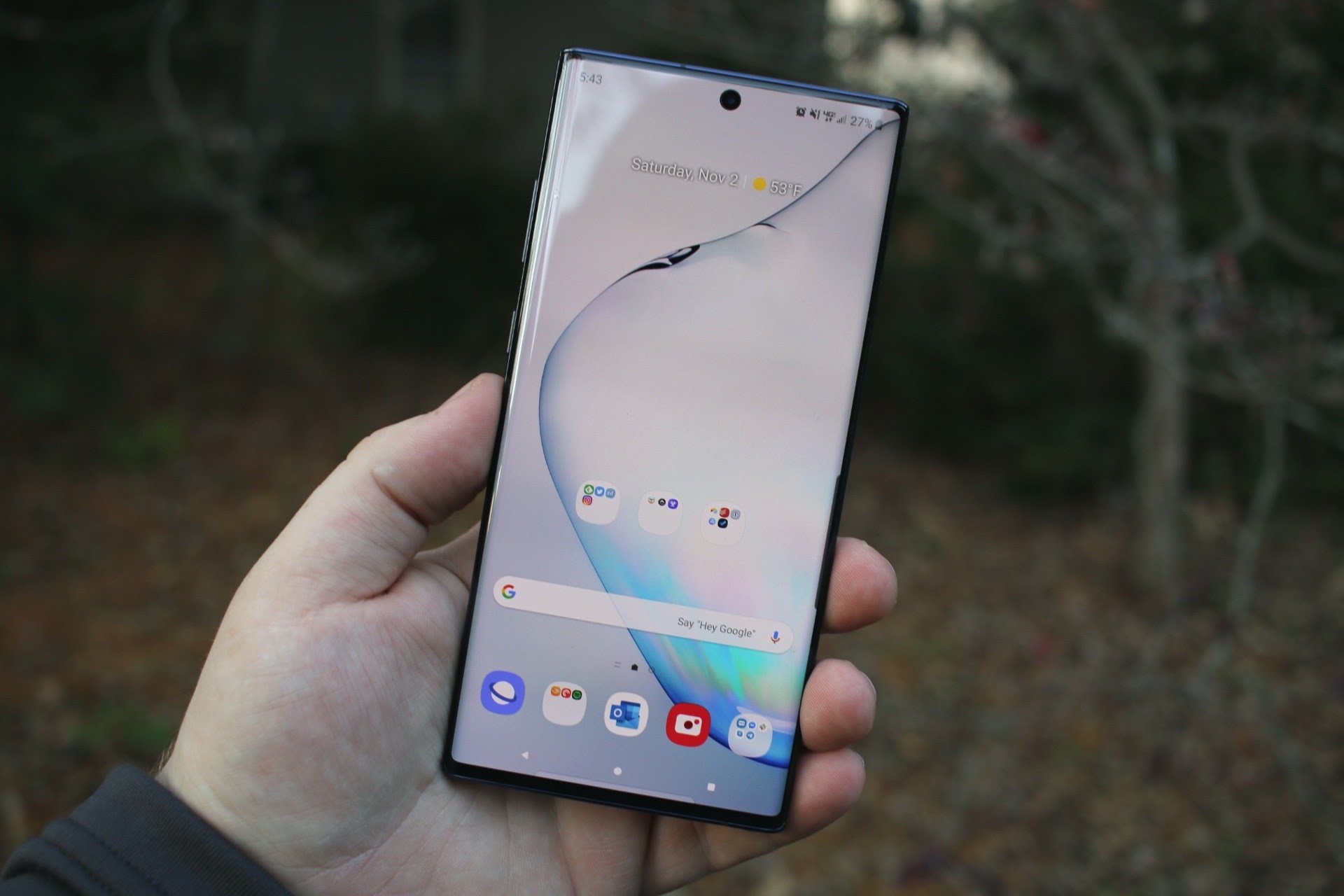 While Samsung has yet to address when they are going to host their next Unpacked event, leakers have done an apt job of revealing details about the Samsung Galaxy Note 20 and Note 20+ bit by bit over the last few weeks. Let’s take a look at everything we know about the phones so far until the official announcement or any confirmation from Samsung.

Samsung Galaxy Note 20 and Note 20+ get an early Unpacked

Let’s take a deep dive into the various aspects of the device, and see what we can look forward to with the new flagship devices.

In our initial coverage of the display, it was noted that the screen size has been bumped up from the original size boasted by the Note 10 and Note 10+.

Here is a refresher on those specs:

Both phones will also see the return of the punch hole at the top-center of the phone.

In a video interview between YouTuber Greggles TV and David Ross, the source for the display leaks, Ross stated that both phones will have a base RAM of 16 Gigabytes. While he didn’t have any comments on ROM we can safely assume that the phone could come in 128, 256, and 512 Gigabyte variants.

David Ross also confirmed that the two phones would use the new phones will use Qualcomm’s second-gen 3D Sonic Max fingerprint reader technology, which enables two fingerprints to be read simultaneously on the display.

The technology was in its prime at the time of the Galaxy S20, but it has made a lot of progress and can be implemented in the Note 20 series with ease.

This is where we have seen a great deal of new information come pouring in. While we can’t put a figure on the megapixels or the sensors being used in either phone, some leaked renders have shown the camera placement on the back.

So far we only know the details of the main sensor, it will be exclusive to the Samsung Galaxy Note 20+ and use the new 108-megapixel HM1 sensor, but there will be an additional sensor to help in boosting the focus issue.

Galaxy Note20 + will still use 108mp HM1, but add a new sensor to assist in focusing and completely solve the focusing problem.

Max Weinbach also takes a guess at what each camera at the back could be:

From the looks of it, it looks like wide, ultra wide, and periscope telephoto but also a flash and a mic but I have no idea what that big square is. Maybe that sensor @UniverseIce was talking about for autofocus assist?

Here is a first render of what the phone could look like. Front and back.

In a follow-up tweet, Ice universe mentions that the bezels on the front won’t be that thick on the finished product, the bezels are just a rough design preview.

How many phones will there be

With all that said and done, let us know what you think of the Samsung Galaxy Note 20 and Note 20+ so far. Have you seen enough to warrant a purchase? Or are you waiting for more? Let us know in the comments section below!

Polar is one of the most recognizable companies out there when it comes to fitness tech. When I was a strength & conditioning coach I highly advocated for their heart rate monitors. Plain and simple, they were accurate. When dealing with anything that helps monitor your health accuracy is key.The Polar Unite is the newest fitness watch from Polar that combines world class features and technology into a simple, stylish product that can be worn 24/7. This is definitely more than just a heart rate monitor and considerably more than “just a watch”.Part of those features start with FitSpark. To put is very simply FitSpark is a training guide. If you’re just starting on your fitness journey (congratulations by the way), FitSpark will recommend a workout plan for you and provide animated instructions to help you through it.For the gym rat, FitSpark will help keep you from that dreaded “plateau” by recommending differing workouts to keep your body guessing. Not only that, it will help keep you from over-training (yes, it’s real) and regressing in your progress.FitSpark keeps the recommendations personalized by taking into consideration your sleep, recovery, fitness level, and training history. All of this is available in the watch, so you don’t have to fumble with your phone.Weighing in at only 32 grams, it’s light enough to be worn comfortably even while you sleep. This isn’t just a fitness watch, the Polar Unite can display notifications from your smartphone as well. You should be able to expect up to 4 days battery life in watch mode, and up to 50 hours in training mode with GPS connected.Other Polar Unite FeaturesNightly Recharge – measures your autonomic nervous system (ANS) recovery to give you insight into how well your body has recoveredSerene – will help you relax with guided breathing exercisesSmart Calories – helps keep track of calories burned, and can track your total calories for the day to help keep your diet in checkThe Polar Unite is available today at a retail price of $149.95 and comes in your choice of black, white, pink, or blue bands. Small, medium, and large bands are included in the package so you don’t have to worry about ordering the right size for your wrist.
Read more
Reviews

Let’s face it, TV speakers sound better than ever. And there are sound bars, wireless speakers, and other ways to enjoy audio content, and they get cooler with each generation. But, sometimes we need to keep things quiet.Let’s say you’re wanting to get in some time on the PlayStation or a few episodes of your favorite Netflix series. The problem? It’s 1AM and your house is otherwise quiet. You can’t really immerse yourself into things because it will wake the family or roommates.The TUNAI Wand, on sale for just $49.99 right now, is the solution. It’s a small device that connects directly to your TV or game console and broadcasts a Bluetooth signal. Powered by USB, it transmits up to 150 feet and allows for two connections at once.This low-latency device is perfect for playing your Xbox and PlayStation, or watching TV without distraction. And without distracting others in the process, too.TUNAI WandUpgrades your TV, game consoles, home stereo into Bluetooth devicesaptX Low Latency Support prevents lags & lip-sync delaysUSB-powered so you won’t have to worry about battery running outAllows connection within 150ft wireless rangeConnects up to 2 sets of headphones; share the fun w/ family/friendsOne of the few Bluetooth transmitters on the market that supports aptX Low Latency for two Bluetooth devices at the same timeBuy Yours Today!Purchase your TUNAI Wand from the AndroidGuys Deals Store for just $49.99 right now, and take advantage of the limited-time discount.Best SellersEarn Credits!For every $25 you spend in the AG Deals Store you get $1 credit added to your account. And, if you refer the deal via social media or an email that results in a purchase, you’ll earn $10 credit in your account.First Time Buying?If this is your first time buying, you are also eligible for 10% discount! Just be sure to subscribe for email updates.Free StuffNot looking to spend any money today? No worries. You can still visit the AndroidGuys section for freebies and pick something anyhow.
Read more

How to mute a tab in your browser

Have a browser tab that won’t let you work in peace? Here’s how to mute a tab in your favorite web browser.
Read more

Are your PC games a slideshow? Here’s how to smooth them

Turn into a professional mobile photographer with these camera apps

Shooting with your Android camera is usually great, but third-party apps can pack a punch in places you didn't even
Read more