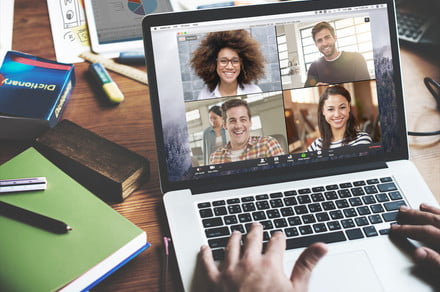 With so many people stuck at home due to the coronavirus pandemic, videoconferencing app Zoom has become immensely popular.

For many people (ourselves included), its best feature on the Mac was its incredibly simple one-click installation. Now, that’s gone. And while that’s a good thing for us, it’s not great for Zoom.

As it turns out, Zoom was doing something rather shady during the installation process. As documented by Felix Seele, technical lead at tech security firm VMRay, Zoom’s installer was abusing the MacOS installation process to bypass user consent. In some cases, it was even masquerading as the operating system in order to trick the user. It’s not the first time Zoom has been caught doing something dubious, and comes hot on the heels of news that Zoom’s privacy policy is highly questionable, which led to the company freezing development until it can sort itself out.

Here’s how the MacOS installation process normally works. You download the installer file — usually a DMG or PKG file — and double-click it to get started. In many cases, you’ll go straight to the installer, which presents a few pages giving you various installation options. Sometimes, though, you’ll see a dialog box explaining that the installer needs to determine if the app can run on your system. This is called a “prerequirement script.” Once it’s finished, the regular installation process begins.

Ever wondered how the @zoom_us macOS installer does it’s job without you ever clicking install? Turns out they (ab)use preinstallation scripts, manually unpack the app using a bundled 7zip and install it to /Applications if the current user is in the admin group (no root needed). pic.twitter.com/qgQ1XdU11M

Zoom’s installer abused this prerequirement script to bypass the regular installation process — and your consent. When Zoom told you it was running a prerequirement script and doing a few tests, it was actually installing the app without your knowledge. That’s what made the whole process so quick.

As Seele pointed out on Twitter, while this behavior is “not strictly malicious,” it is “very shady and definitely leaves a bitter aftertaste.” Apps that try to circumvent Apple’s processes and bypass user consent don’t exactly inspire confidence, after all.

Zoom would adopt this shifty approach if it detected that you did not already have Zoom installed on your Mac. But if you did have it installed but didn’t have appropriate permissions to update it (say, if your Mac is part of your employer’s network and so has certain restrictions), Zoom would do something downright suspicious.

As Seele noted, in this situation, Zoom would launch something called “zoomAutenticationTool” (complete with typo), which was bundled into the PKG installer. This would spawn a prompt asking for the admin username and password.

However, not only did this make use of a deprecated (and notorious) API that was often abused to grant root privileges, but it did so by impersonating MacOS itself. Instead of being honest and telling the user that Zoom needed the admin password, the popup message would read: “System need your privilege to change” (again, with typos). The intention, apparently, was to trick the user into thinking their computer was asking for the password.

Needless to say, this is not exactly upright behavior. As Seele pointed out, it’s a tactic used by malware to fool people into installing things they shouldn’t. After he exposed these underhanded measures, Zoom apparently moved quickly to remove them. Try installing Zoom on a Mac now and you get the regular installation process.

On Windows? Zoom still has that one-click installer. While that’s great for convenience, given the debacle on Mac, we can’t help but wonder how long that will last.