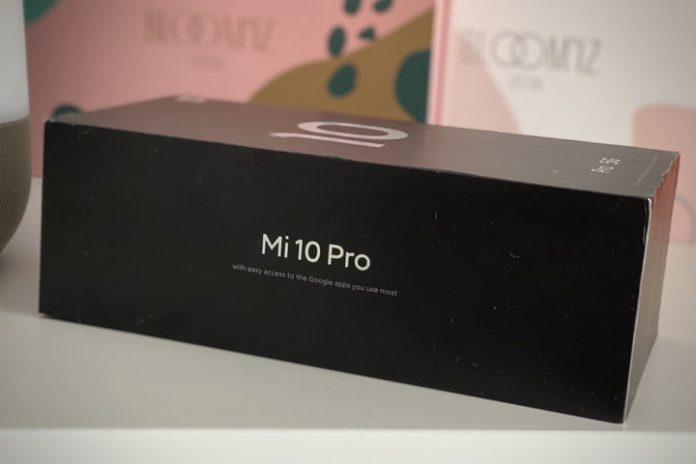 The Xiaomi Mi 10 Pro’s box delivers not only the new phone, but also a message most will never have seen before. On the side of the packaging it says, “with easy access to the Google apps you use most.” The statement clearly refers to the fact Xiaomi’s phones come with not only the Google Play Store when sold outside China, but also commonly used Google apps installed too. At first glance it’s all quite innocent; but it has gone on to cause considerable controversy.

Why? Online communities saw it as a thinly veiled attack on Huawei, which due to U.S. companies being banned from doing business with the company, is currently unable to  install Google Play and Google Mobile Services on its most recent phones. No-one seemed to agree whether this was a marketing push on Xiaomi’s part, or a reaction from Google to Huawei’s efforts to build its own app store.

Xiaomi responded to online comments about the phrase with a statement published in Chinese on the Weibo social network. When translated, the statement claimed this was a promotional requirement for Google partners signing a new agreement with the company, and that it was similar to Intel’s “Intel Inside” logo found on laptops with Intel chipsets. Xiaomi also said it was the first manufacturer to release devices after signing the agreement, suggesting more would follow in the future.

The focus suddenly shifted to Google, which was now in the spotlight for allegedly forcing manufacturers to add this text to product packaging. What’s the situation, or is it all an over-reaction to previously unseen marketing? Digital Trends has contacted both Google and Xiaomi for comments. Xiaomi responded with a statement clarifying its position, stating:

“This line on our Mi 10 series packaging box is consistent with Google’s long-standing branding guidelines, intended to help ensure consumers are properly informed of the software on the device.”

This is slightly different to the Weibo statement and does not mention it being a requirement set by Google, or that it’s part of an updated agreement either. Digital Trends has asked Google about the claims it’s forcing manufacturers to add this promotional copy, but at the time of writing has not received an official response. However, an anonymous source with knowledge of the agreement said the branding is only suggested and not required, according to an Android Authority report.

Where does Huawei fit in?

Unless Google clarifies its position and says the marketing copy is a requirement, the controversy will likely die down; but why would Xiaomi use the statement in the first place, if it doesn’t really have to? Xiaomi (along with other Chinese brands like Oppo) are swooping in to challenge Huawei in Europe with some impressive hardware, so publicizing the fact they come with Google Play installed seems logical from a business perspective.

After several years of securing considerable market share in Europe, Huawei is now on the back foot while it builds up the App Gallery. Counterpoint Research’s data shows Huawei’s market share globally fell from 18% to 14% during the second half of 2019. Huawei’s recent annual report showed strong China sales but mentioned slowing demand in the West, which indicates its market share loss comes from outside China. Xiaomi and Oppo’s market share during the second half of 2019 remained the same at around 8%. This lack of growth may have prompted Xiaomi to try new marketing techniques.

Meanwhile, Huawei continues to focus its efforts on the App Gallery, its own app store; but despite promises apps most international owners use regularly will come, the going is slow. However, it’s putting plenty of resources into development and is confident of success, likely pushing its competitors to take advantage of the current situation now.

In March Huawei announced the Huawei P40 Pro, which is the first smartphone to come with its full Huawei Mobile Services suite instead of Google Mobile Services.

The world of translation is a rich and nuanced place. The concept itself exists in various forms, from written and oral to...
Read more
Software

If you are force quitting apps on your iOS device, then stop. It does not help battery life or performance.
Read more