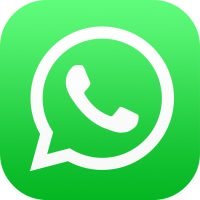 WhatsApp today implemented new restrictions on the mass forwarding of messages in an effort to slow the spread of misinformation on the chat platform.

The new limits on bulk forwarding mean if a user receives a message that has been forwarded more than five times, they will only be able to send it on to a single chat at a time. The previous limit was five chats at once, which WhatsApp introduced last year.

Obviously the restriction doesn’t completely prevent mass forwarding, but anyone wanting to do so now has to put a lot more repetitive manual effort into it.

The move comes after several hoaxes went viral on the platform, including false stories about the current global pandemic one of which linked the outbreak to the rollout of 5G networks. At least 20 mobile phone masts across the U.K. are believed to have been set on fire or vandalized as a result of the baseless theory.

“We’ve seen a significant increase in the amount of forwarding which users have told us can feel overwhelming and can contribute to the spread of misinformation,” said WhatsApp in a blog post. “We believe it’s important to slow the spread of these messages down to keep WhatsApp a place for personal conversation.”

WhatsApp is also testing a feature that displays a small magnifying glass icon next to bulk forwarded messages. If users tap the icon they are sent to a web search for the message, with the intention that they’ll be able to find articles that provide more information about the message or debunk it.Tag: WhatsApp
This article, “WhatsApp Imposes New Limit on Bulk Message Forwarding to Slow Spread of Misinformation” first appeared on MacRumors.com