Home News What happens if your Apple products break during the coronavirus pandemic?
News 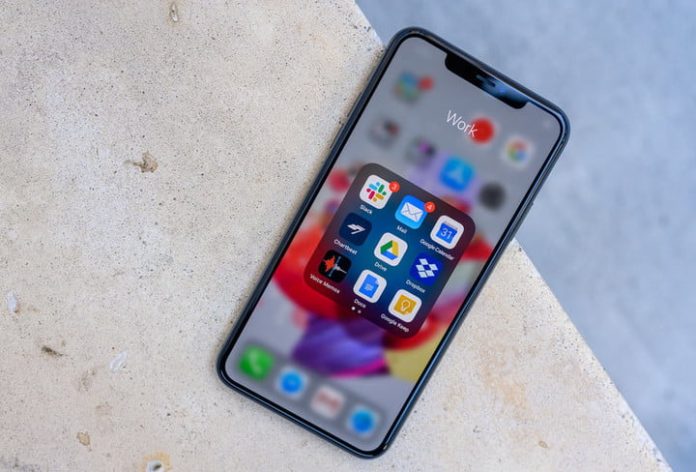 Never have your gadgets mattered more in your life. As coronavirus, formally known as COVID-19, brings cities to a halt, our laptops and phones have allowed us to work, play, and stay in touch with the outside world as well as family and friends.

But what if one of these indispensable tools of yours breaks down? You can’t rush to book a service appointment like you could before. Tech companies have shuttered most of their repair centers indefinitely, local technicians have been forced to close shops too and you’re unlikely to source a spare part for DIY operation. Even Apple Stores, which have long been a place to easily get Apple products repaired, have largely been shut down worldwide, leaving people with little to no option if their tech breaks.

For many, however, this has been a vexing reality. Coronavirus lockdowns have left several people stranded with broken or malfunctioning gadgets and nowhere to go — at a time when they are exclusively relying on them for work or remote college classes, entertainment, and more.

No other options for Apple repairs

Diva Trivedi, a student at the University of Houston in Texas, couldn’t get her MacBook’s screen fixed in time for her online classes. She had to fall back to an old HP laptop to attend the rest of her spring semester which is now being conducted online. In the process, however, Diva lost all her notes, study material, and even pictures she planned to use as references for painting, a hobby of hers.

“Apple stores are currently closed and Apple Authorized Service Provider (AASP) availability might be limited,” Apple informed her in a response on Twitter and offered to deter the repair appointment at a later date.

Dan, a senior software engineer in Bristol, U.K. who asked not to be identified by his full name, faced a similar problem when his MacBook’s screen malfunctioned. “Apple hasn’t been super helpful, they’ve just given me a case number and said they ‘look forward to servicing my device as soon as possible’. And most independent PC repair shops are under lockdown. So, the device will remain broken until the current crisis blows over,” he added. Out of options, Williams plans to buy a replacement laptop to continue doing his job under quarantine.

Sent my MacBook for repair on the 9th of the month, I was meant to pick it up 16th but they closed their stores without a notice or delivery.

London-based emergency room practitioner and independent journalist, Dr. Ahmed Twaij found himself on a call with Apple Support to get his iPhone’s cracked screen fixed while grappling with the coronavirus crisis. Apple suggested Dr. Twaij mail in his iPhone but at a turnaround time of at least a week, it simply wasn’t a viable option for him. Dr. Twaij says he’ll likely end up buying a new phone.

“It is just disappointing considering most other companies are bending over backward to help frontline NHS staff (like the free meals that are offered now), while one of the largest and most profitable companies globally can’t provide an immediate fix,” he wrote in an email to Digital Trends.

What happens if your gadget was already being fixed

Some who were lucky enough to have had their gadgets break down before the crisis ended up in a better situation: They were allowed to pick them up within a two-day window. However, a few were left in the dark and had to tweet at the massive tech company for an update.

Arjun Nambiar, a student at Carnegie Mellon University in Pittsburgh, Pennsylvania, was able to retrieve his MacBook from an otherwise closed Apple store. Similarly, Allen Williams, a Graduate Assistant at the University of Pittsburgh, picked up his repaired MacBook after being notified by Apple.

Others haven’t been so lucky, unfortunately. The official Apple Support Twitter handle is overwhelmed with complaints from people who couldn’t make it to their local service center within that two-day window.

“Very disappointed with Apple! Sent my MacBook for repair on the 9th of the month, I was meant to pick it up 16th but they closed their stores without a notice or delivery. Now I’m stuck without a MacBook,” tweeted Diana, a food blogger based in Cardiff, U.K.

Very disappointed with Apple! Sent my MacBook for repair on the 9th of the month, I was meant to pick it up 16th but they closed their stores without a notice or delivery. Now I’m stuck without a MacBook and when I call their customer service (1/2) @AppleSupport

Where to get your Apple products fixed during the coronavirus pandemic

Fortunately, while companies like Apple have essentially shut down repairs, a handful of third-party repair chains have come up with alternate, contact-less methods to continue offering service.

uBreakiFix, a company that repairs everything from cell phones to gaming consoles and is available in over 500 locations across the United States and Canada, has launched a range of initiatives for people who are stuck with malfunctioning gadgets.

In addition to ramping up health and safety measures at its stores, the company now allows customers to get their devices diagnosed on a curbside without physically stepping in the store, and even book a home appointment in which case a “van outfitted with a safe and sanitary repair station” comes to them. On uBreakiFix, people also have the option to mail in their devices to the nearest branch.

“Tech repair and support is so important right now, as technology is enabling our ‘new normal’ — to work remotely, homeschool, order goods and services, entertain ourselves, connect with friends and loved ones and so much more. uBreakiFix is providing critical support and repair services to ensure that people across the country stay connected during this time of uncertainty when person-to-person contact is being reduced,” uBreakiFix CEO and Co-founder Justin Wetherill said in a statement to Digital Trends.

Those who can work a screwdriver can also consider fixing their devices on their own with iFixit’s repair guides. While reports suggest Apple is running short on replacement parts, some of the most popular components like the iPhone 6s battery are still in stock on iFixit.

It’s unclear when official repair centers will resume operations. Luckily for you, the majority of tech companies such as Samsung and Apple have extended warranties across the board and, hopefully, the people who are stuck with broken devices will be able to find a solution soon. This situation also serves as a stark reminder to why right-to-repair legislation could be essential, both for customers and the environment, since it would allow people to fix their own gadgets. However, with giants like Apple lobbying against it, it remains to be seen whether such a law will ever go into effect broadly.