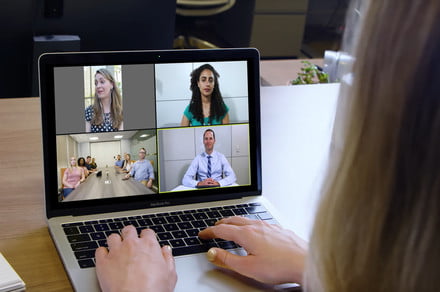 SpaceX has reportedly told its workers to stop using Zoom for teleconferencing as it has concerns over the software’s safety.

With an increasing number of people now working from home due to the coronavirus outbreak, Zoom has seen a huge uptick in usage in recent weeks. But this has also resulted in greater scrutiny of the collaboration tool’s security and privacy policies, with some experts slamming the software for not being up to the job.

Some companies have already ditched the software, including SpaceX, which this week told its workers to switch to other means of communication, according to a memo seen by Reuters.

Sent to employees on March 28, the message said: “We understand that many of us were using this tool for conferences and meeting support. Please use email, text or phone as alternate means of communication.”

It added that the decision to stop using Zoom had come amid “significant privacy and security concerns” about the teleconferencing software.

The decision by SpaceX was followed by a warning from the FBI’s Boston office earlier this week advising people to avoid making meetings on Zoom public and to keep links to meetings as private as possible. It said was issuing the advisory after receiving multiple reports of what’s become known as “zoombombing,” where hackers disrupt Zoom meetings with inappropriate material that could include violent imagery or pornography.

NASA, which is gearing up for a historic mission with SpaceX in May, has also banned its staff from using Zoom, according to Reuters.

Adding to Zoom’s woes, investigative news outlet The Intercept recently published a piece saying that the teleconferencing software fails to deploy end-to-end encryption, which would serve to protect conversations on the platform from those outside a meeting. This is despite claims on the company’s website that end-to-end encryption is part of the service.

Instead, it deploys what is known as “transport encryption,” which means the Zoom service has the capability to access the unencrypted video and audio content of Zoom meetings. “So when you have a Zoom meeting, the video and audio content will stay private from anyone spying on your Wi-Fi, but it won’t stay private from the company,” The Intercept said.

An expert in the field told The Intercept that for effective end-to-end encryption, Zoom would need “some extra mechanisms” in place, adding, “It’s doable, it’s just not easy.”

Zoom, based in San Jose, California, has also come under fire in recent days over accusations that it’s been sharing some user data from its iOS app with Facebook, a matter that reportedly prompted New York Attorney General Letitia James to send a letter to Zoom questioning its privacy practices. The company says it has now updated the app so that it no longer sends data to Facebook.

In a statement sent to Digital Trends on Tuesday, a company spokesperson said: “Zoom takes its users’ privacy, security, and trust extremely seriously. During the COVID-19 pandemic, we are working around-the-clock to ensure that hospitals, universities, schools, and other businesses across the world can stay connected and operational.”