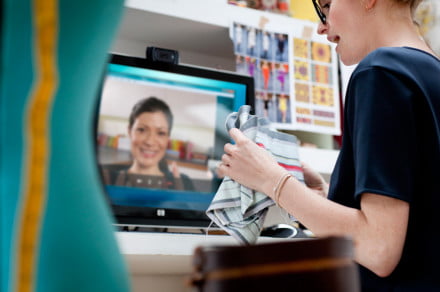 Videoconferencing tools are exploding in popularity due to the global outbreak of coronavirus, officially called COVID-19, which has lead huge numbers of people to start remote working for the first time. Zoom has gotten most of the attention, both as an invaluable tool for video meetings and due to criticism of some of its security measures. But Microsoft’s Skype is trying to make up the difference, reminding users of features which should make it more appealing to users who want to set up a quick and easy meeting, especially for those meeting with others who don’t want to install yet another app.

Zoom has not only had problems with hackers crashing meetings in what has been termed “zoombombing.” Its recently updated privacy policies have also come under fire. Earlier this week, experts criticized Zoom’s new privacy policy saying that it did not address the root concerns that Zoom may be sharing private data with companies like Google. And people have reason to be skeptical of Zoom, given that it was recently revealed that the iOS app was sending data to Facebook without permission and that the Mac installer for the Zoom software worked in a shady and potentially dangerous way.

Microsoft is working to capitalize on security concerns about Zoom, by promoting its own Skype service instead. The official Skype Twitter account has been posting out tweets about Skype features such as Meet Now, which allows users to set up a video meeting with just a few clicks to which they can invite participants even if they don’t have Skype installed on their devices. The meetings can be attended via the Skype for Web interface in a web browser without the need to install the Skype software or sign up for the service.

Introducing a simple, hassle-free way to connect with the important people in your life on #Skype, no sign-ups or downloads required. Learn about Meet Now: https://t.co/yOw6oBlFxx

The Meet Now feature could be appealing to those who need to attend meetings for work but would rather not sign up for a service that could potentially collect a large amount of personal data. People are generally more skittish about the collection of data from programs that have access to webcams or cameras, so being able to attend meetings purely through a browser might make them more comfortable.

However, be aware that Firefox users are out of luck, as Skype for Web does not run on this browser, though it does run on Google Chrome and Microsoft Edge. Some Firefox users have reported that they have been able to use the Skype web client in Firefox by spoofing their browser’s user agent so it appears to be Microsoft Edge classic.

Facebook
Twitter
Pinterest
WhatsApp
Previous articleNASA lays out its plans for building a long-term moon base
Next articleBefore and after: Galaxy S20 Ultra camera update is a mixed bag

The OnePlus 8T smartphone is just $630 on Amazon now. Take advantage of the Cyber Monday deal while it lasts.
Read more

Grab the Samsung Galaxy S20+ today for the reduced price of $900 as part of Amazon's Cyber Monday sales.
Read more

You always hear about the new TVs near the beginning of the year. Then you see them released a few
Read more