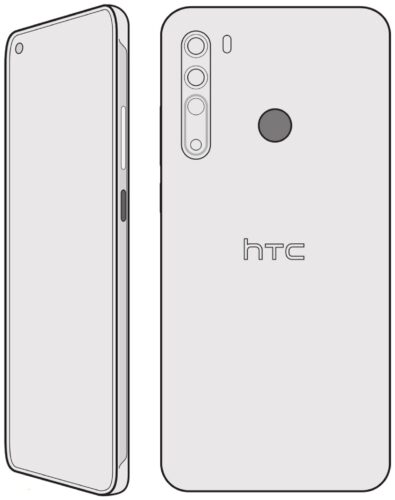 A schematic sketch of the upcoming HTC Desire 20 Pro has emerged. Not only do we like to see unannounced phones, it’s also good to see that HTC apparently still makes phones.

The sketch is taken from @evleaks which currently publishes its leaks at Patreon. The HTC Desire 20 Pro seems to become a mid-range aircraft and is codenamed ‘Bayamo’. At the front we see a screen hole and at the back a four-headed camera system with physical fingerprint scanner.

Rumors about the arrival of the Desire 20 Pro have been going on for several days. For example, @LlabTooFeR previously tweeted that the device is a cross between the OnePlus 8 and Xiaomi Mi 10 and has a 3.5mm headphone. Guess what other features this HTC phone has. Much is not yet known about it. We also do not know when HTC wants to announce it.

Many phones have not been announced by HTC since 2018. This year the HTC Wildfire R70 was announced but it did not come out everywhere. Whether this HTC Desire 20 Pro should end up in stores everywhere is still a question. HTC is not doing really well in the telecom field at the moment and it is very doubtful whether this 20 Pro will change that.