Home News Should you upgrade to the OnePlus 8 from the 7T?
News

Should you upgrade to the OnePlus 8 from the 7T?

The OnePlus 8 offers one of the best Android experiences around at a fair price. You’ll get support for sub-6 5G networks, along with improved camera performance, an all-day battery, and a stunning AMOLED display.

Unless you really need 5G support, the OnePlus 7T offers an almost-identical experience to the OnePlus 8 for hundreds of dollars less. You’ll get the same lightning-fast performance, 90Hz display, and clean OxygenOS software.

The OnePlus 8 is finally official, and it’s quite the enticing phone. It comes in two stunning finishes, packs all of the latest and greatest specs, supports 5G network connectivity, and runs OnePlus’s ever-popular OxygenOS platform on top of Android 10. But OnePlus is also still selling the 7T, which offers a lot of the same features at a newly reduced price of just $499. So how much of the OnePlus 8’s upgrades justify paying the $200 price difference over last fall’s model? 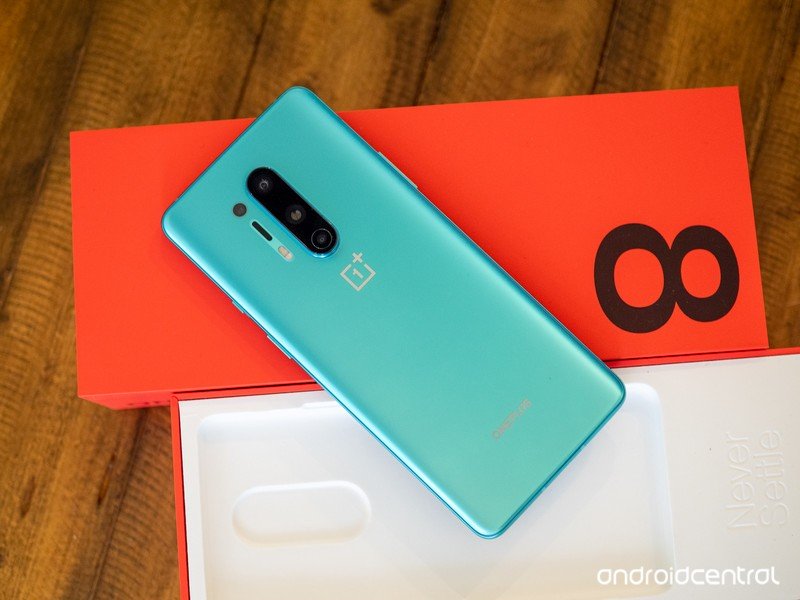 It’s easy to get caught up in the newness of the OnePlus 8, but the 7T honestly isn’t much older, having come out in Oct. 2019. The design of each phone is very similar, with the only major aesthetic differences being the slimmer camera housing on the OnePlus 8 and the new hole punch camera cutout, as opposed to the 7T’s teardrop-shaped notch. Both phones also come in striking color options — I’m personally a huge fan of the OnePlus 8’s new Glacial Green finish.

The OnePlus 7T still holds up remarkably well next to the newer OnePlus 8.

Internally, both phones are similar as well. You’re offered the same base configuration on each, with 128GB of UFS 3.0 storage and 8GB of RAM, but with the OnePlus 8, you can pay an extra $100 to upgrade to a 256GB + 12GB configuration. The OnePlus 8 also features the latest Snapdragon 865 processor, which, along with being faster and more power-efficient, enables 5G network connectivity.

To be clear, 5G isn’t necessarily a perk for most people just yet. Many cities still don’t have an established 5G network, and even in compatible markets the network isn’t as widespread or reliable as LTE. For now, you can choose to look at this as future-proofing for when the networks have had more time to mature — after all, you’re paying for it either way. Another important thing to note is that most versions of the OnePlus 8 only support the sub-6 5G network, though Verizon will be offering a specialized version, dubbed the OnePlus 8 5G UW, with support for mmWave.

On paper, the displays on both phones are nearly identical. With either phone, you’re getting a 6.55-inch FHD+ AMOLED display with support for HDR10+ and a smooth 90Hz refresh rate. The only obvious difference is that the display on the OnePlus 8 curves around the edges, while the 7T maintains a flat surface. The curves certainly look nice, but they’re more prone to accidental touch input. Where the OnePlus 8 quite literally shines is in its brighter, more color-accurate panel, though neither display will leave you disappointed.

You’re probably already noticing a pattern here; the OnePlus 8 and 7T have a lot in common from a hardware perspective, with the OnePlus 8 making a few minor improvements in areas like the display, storage options, and of course, 5G support. One other perk: the larger 4,300mAh battery, combined with the more power-efficient processor, means that the OnePlus 8 has excellent battery life, beating out the already-satisfactory endurance of the 7T. 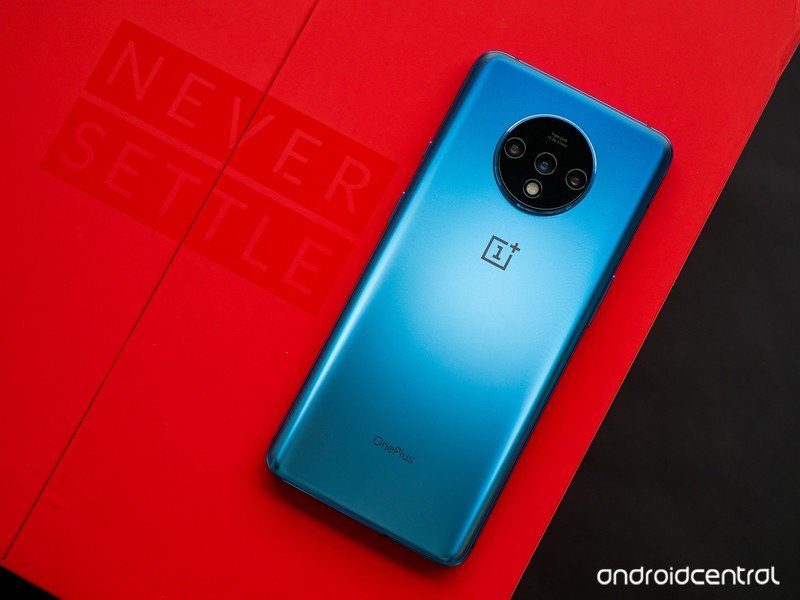 Unsurprisingly, the software situation is also nearly identical. Both phones run Android 10 with OnePlus’s custom OxygenOS software, which has long been praised by Android enthusiasts for offering an incredibly clean, customizable experience. With the OnePlus 8, the Shelf pane to the left of the homescreen (which once held various widgets) has been, er, shelved in favor of the Google News feed that you’ll find on most Android phones these days. Otherwise, both phones are indistinguishable.

The only major hardware difference in the OnePlus 8 is one you don’t need yet: 5G.

Perhaps the biggest difference between the two phones is in the cameras. The OnePlus 7T had a fairly typical arrangement of wide, ultra-wide, and telephoto cameras that took decent photos, but didn’t quite compete with the flagships of its time. With the OnePlus 8, you get the same 48MP primary sensor with 4-to-1 pixel binning, albeit with improved image processing for more consistent photos and much better low-light performance.

The ultra-wide has been improved as well, though curiously, OnePlus swapped the telephoto camera for a 2MP macro sensor. Considering the 7T was already capable of taking macro shots, the telephoto would have still been welcomed, but overall the improved processing makes the OnePlus 8 feel like a more competent shooter.

But do all of these minor improvements total up to a phone that justifies its $200 premium over its predecessor? For most people, not really. If you already have a 7T, there’s no real reason to upgrade to the OnePlus 8. Even if you’re considering either option, you won’t get much more for that extra money unless you really need 5G support (spoiler: you don’t). If you’re looking for the best bang-for-your-buck value, the OnePlus 7T is still more than capable — and if, instead, you’re after the very best phone you can buy, you should instead consider stepping up to the OnePlus 8 Pro.

The OnePlus 8 offers one of the best Android experiences around at a fair price. You’ll get support for sub-6 5G networks, along with improved camera performance, an all-day battery, and a stunning AMOLED display.

The same experience for hundreds less

Unless you really need 5G support, the OnePlus 7T offers an almost-identical experience to the OnePlus 8 for hundreds of dollars less. You’ll get the same lightning-fast performance, 90Hz display, and clean OxygenOS software.

The update is expected to become widely available by the end of January.What you need to knowSamsung has started rolling
Read more

In 2021, budget phones need to focus on camera quality – not quantity

Multiple camera sensors are worthless when they're this bad.Out of all the different kinds of smartphones we see throughout a
Read more