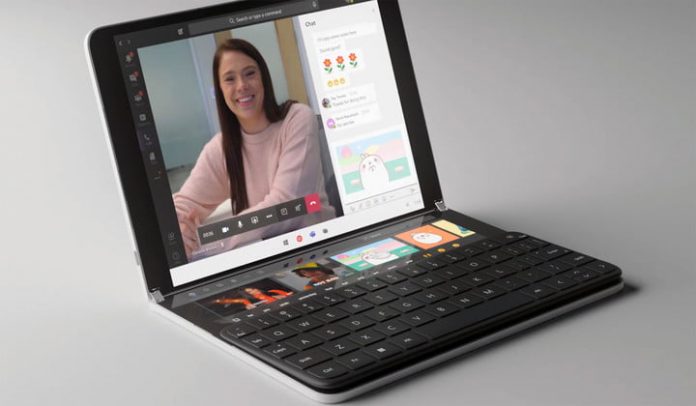 Microsoft is redirecting its energy into optimizing its upcoming Windows 10X operating system for single screen devices, rather than novel form factors that would have spanned dual-screen and foldables. If the report is accurate, then Microsoft may have just dashed the hopes of Windows faithful who may have hoped to see the Surface Neo, Microsoft’s new dual-screen tablet, debut as promised before the end of this year.

Microsoft reporter Mary Jo Foley revealed the findings from contact over at ZDNet. She says that newly installed Chief Product Officer Panos Panay informed his team internally that the Surface Neo and Windows 10X would not ship this calendar year. The delay would also affect third-party dual-screen Windows devices that had planned on shipping this holiday season. So far, we’ve seen previews of such devices from companies like Dell and Lenovo.

Rather than branch out in still new and uncharted territory, Foley indicates that Microsoft may be using this time to leverage Windows 10X as an operating system that will help the company compete against Chromebooks and other single-screened devices. This could also allow Windows 10X to be a viable alternative to Apple’s iPad and iPad Pro tablets as well.

Though Foley cited supply-side issues caused by the worldwide coronavirus pandemic, the delay adds another chapter to the company’s saga with dual-screen form factors that began with the Courier tablet concept.

The company had created some public and developer-centric demos surrounding the Windows 10X-powered Neo since the device was announced late last year, including showing how traditional Win32 apps can run in a virtualized container on the new OS, which is also known by its Santorini and Windows Core OS codenames. However, it remains to be seen if the virtualized app experience is fast enough to use on a daily basis.

Foley says she’s heard from her sources that virtualizations could be incoporated into Windows 10 as well. That lines up well with the rumored substantial Windows 10 update scheduled for Fall 2020.

For now, though, it looks as if Windows 10X may debut on clamshells, tablets, and more traditional form factors before arriving on the Surface Neo.

There is no indication that the Surface Duo has been delayed, which has recently been rumored to launch ahead of schedule, perhaps as early as this summer.