Report: Apple will unveil new AirPods next month, along with rumored MacBook Pro 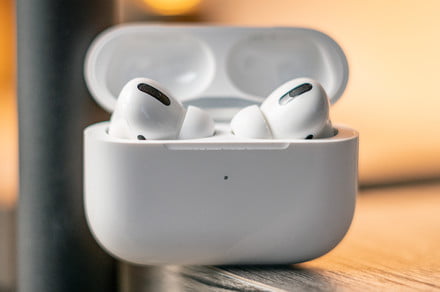 Apple is reportedly planning to launch a new version of its AirPods next month, alongside the rumored refresh of the 13-inch MacBook Pro.

In February, an unverified report from DigiTimes via MacRumors said that Apple is working on what was referred to as the AirPods Pro Lite. Not much was revealed about the device, as it was only mentioned in a larger report that described Apple’s plans to shift some of its production from China to Taiwan. A follow-up from DigiTimes claimed that Apple was moving forward with the production of what is believed to be a cheaper AirPods Pro, even amid the coronavirus outbreak that has gripped the mobile device industry.

A tweet by Jon Prosser, a reliable Apple insider from YouTube channel Front Page Tech, has added credibility to the rumors of the new AirPods.

New AirPods (which were supposed to be at the March Event) are now ready to go.

Probably alongside the MacBook Pro next month.

The insider’s tweet also refers to Apple’s March event, which he previously said was canceled as a precaution against the COVID-19 pandemic. Prosser said that the products Apple was planning to announce at the event will still launch, which has happened for the iPhone SE, and with the new AirPods and 13-inch MacBook Pro reportedly on their way.

The AirPods Pro Lite, according to Prosser, will probably launch with the new 13-inch MacBook Pro, which will likely receive a CPU upgrade and possibly also feature Apple’s Magic Keyboard.

The new wireless earbuds are different from another rumored Apple audio accessory, the long-awaited over-ear headphones. Prosser previously said that Apple may be looking to announce the headphones at its annual Worldwide Developers Conference in June, with the insider claiming that the accessory will carry a $350 price tag. The over-ear headphones will also offer customization through swappable ear pads and headband paddings, according to a Bloomberg report, which also claimed that there are two versions that have been in development since 2018. One version features a high-end leather finish, while the other version will offer lighter, breathable materials for fitness enthusiasts.