Home How to Quibi is finally here: How to sign up for the new streaming...
How to

Quibi is finally here: How to sign up for the new streaming video app 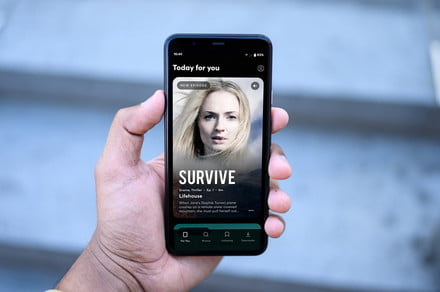 Quibi — which means “quick bites” — was officially announced at CES this year and is aiming to capture the limited-attention-span/mobile demographic, with original content and shows that are roughly 10 minutes long.

After a three month free trial, a subscription will run you $5 per month if you’re willing to see some ads, of $8 per month for no ads. Quibi is now available for download at the Apple App Store and on Google Play.

The app plans to produce 175 shows as well as “8,500 ‘quick bites of content’” in the first year, the New York Times reported. The shows will run the gamut from scripted, serialized movie-type fare, to reality shows, to documentaries.

Quibi will feature shows from hip-hop legend Queen Latifah, directors Guillermo del Toro and Steven Spielberg, and comedian Kevin Hart, as well as a host of other Hollywood celebrities.

The app has managed to pull in a huge amount of investment — $1 billion, according to Variety. Major Hollywood studios have also jumped on board to create content for the shorts-focused service.