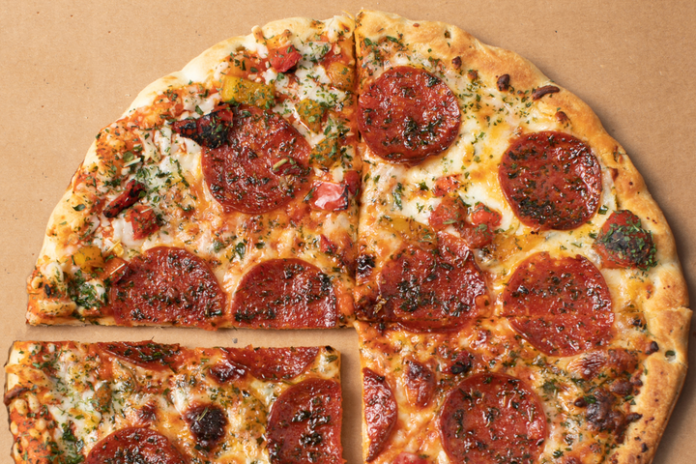 How many people have touched your food before it hits your stomach? It’s a question that has obsessed many of us in recent years. In happier times, it led to the farm-to-table or farm-to-fork movement, which sought to minimize the number of steps between the original food producer, be ranch, fishery, or brewery, and the end consumer. In the less cheerful times of coronavirus, when seemingly everyone is on a Cliff’s Notes course to become an expert epidemiologist, it’s important for another reason.

Now, reducing the number of people who have come into contact with our food is important to lower the possibility of spreading the novel coronavirus known as COVID-19. That’s not just the number of people who harvest and prepare the food for consumption, but also those who come into contact with it while packaging it up and delivering it to us. Even the once-straightforward act of ordering your favorite takeout pizza is suddenly fraught with a level of risk that extends way beyond long-term questions about your consumption of cholesterol-raising saturated fat.

A startup called Basil Street could represent one possible answer. Although it wasn’t designed explicitly to deal with the pandemic problem (what company was?), it nonetheless offers one possible way for customers to pick up perfectly acceptable takeout pizzas without having to come into contact with other people to do so. So long as you’re willing to buy your pizza from a robot vending machine, that is.

“It is unfortunate that our automated pizza kitchens are not already out in the field and deployed everywhere,” Basil Street founder and CEO Deglin Kenealy told Digital Trends. “Because this is actually a way for people to get something hot and fast and delicious — and with a significantly lower food safety risk than what is currently going on in the world.”

Rolling out this April

Like food delivery robots startup Starship Technologies and burger-flipping robot maker Miso Robotics, Basil Street is hoping to disrupt the food market with a new hands-off automation approach to, in this case, pizza cooking and serving. It recently closed a $10 million funding round for its range of pizza vending machines, which will be rolling out for a multi-city pilot program rollout launching in the United States this April.

The idea of Basil Street’s line of robo-vending machines is this: They’re stacked with up to 150 flash-frozen 10-inch, thin-crust pizzas, which are then cooked within three minutes when a customer selects the one they want. The vending machine doesn’t allow users to design their own pizzas, but does offer a selection of two popular toppings, four cheese and pepperoni, plus an ever-changing “pizza of the month.” Prices range from $7 to $12.

Orders are made via a touchscreen and payment is contactless or via credit card, meaning no handling of cash is necessary. Cooking is done using a technique Kenealy said produces a result very similar to the one you get from a wood-burning pizza oven. The secret to this, he noted, is for the pizza to have direct flat contact with the heating source, rather than held on its side between heating elements like a piece of bread in a toaster, an approach others have tried.

“You get that crunch and that smell that you get from having direct contact with the heat source.” Finally, the pizza is placed into a box and dispensed to the end customer, while the vending machine relays the necessary information about the diminished stock to its supplier so that, when required, it can be refilled.

The whole process is gloriously human-free. “There’s really very, very little human contact in what is an entirely automated process,” Kenealy said. “The pizza is made, flash-frozen, sealed, and then moved into frozen trucks, storage spaces, before it goes into the freezer of the automated pizza kitchen. It’s only moved to the oven once the customer orders it.”

The first Basil Street automated pizza kitchens will be housed in only a few select locations (one that was mentioned was a medical center in Texas). However, Kenealy suggested the plan is for the robot vending machines to become fixtures at factories, dorms, and airports (remember those?) and other locations where you’d normally find machines vending assorted less warm and delicious foodstuffs.

Is this the moment for food tech to shine?

The question is whether such a technology will take off. In Japan, food vending machines — albeit with fewer machine smarts — have been a staple for years. In the United States and Europe, these have not become such standard fare. Kenealy thinks this is going to change, however.

“There was a time in the United States where no-one or very few people went to an ATM,” he said. “There would be a line of people in the bank, waiting to go and deposit their checks or get money out or do whatever, and nobody would be using the ATM that’s outside. Nowadays, most banking is done if not through an ATM then even more remotely [using mobile apps.]”

Kenealy believes that a similar transformation will take place when it comes to the way we get takeout food prepared and delivered. Takeout pizza from a vending machine probably isn’t ever going to replace your favorite mom and pop Italian pizza restaurant (provided those can endure the coming few months), but it could certainly find a gap in the market the way that ATMs and banking apps have.

When I spoke to Kenealy, the extent of the COVID-19-induced lockdown and ramifications wasn’t yet fully apparent. But it now seems that, for better or worse, this is the moment such food preparation and delivery services have the opportunity to shine. Whether it’s running an office with everyone working from home or trialing virtual appointments between doctors and patients, many industries and consumers right now are having to hit fast-forward on technologies that previously would have taken much longer to deploy and find adoption.

Is the future of takeout robot vending machines? That’s not exactly clear yet. But, among all the industries that are struggling right now, forward-looking food industries have momentarily had the ball thrown their way to run with. If the current situation becomes the new normal, so too may the new wave of automated food services.

Facebook
Twitter
Pinterest
WhatsApp
Previous articleSamsung Galaxy Buds 2: Everything we know about the true wireless earbuds
Next articleHand sanitizer is sold out all over, but here’s where you can still buy it

The Illithid are back and they are ready to conquer all of the Forgotten Realms.When you think of truly iconic
Read more
News

The Illithid are back and they are ready to conquer all of the Forgotten Realms.When you think of truly iconic
Read more

Need a docking station to manage laptop connections? These are the best docks available for your computer!
Read more