HomeReviewsMotorola Edge Plus hands-on: Back in the game
Reviews

Motorola Edge Plus hands-on: Back in the game 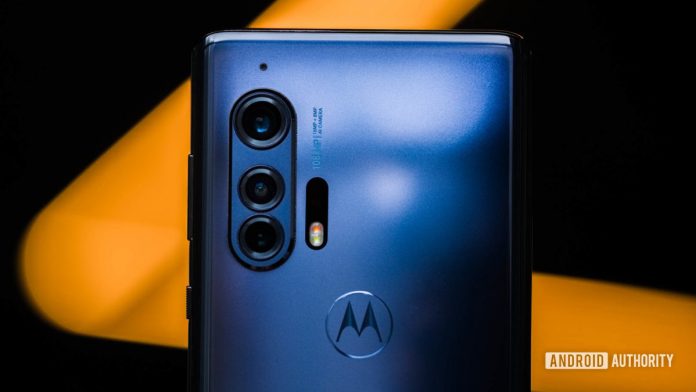 It’s been a long time since we’ve seen a true Motorola flagship. Ignoring the Razr, which used low-end components at a high price, the last high-end competitive device from the company was the Moto Z2 Force. That was nearly three years ago, in August 2017. But now, Moto is back. This time, its flagship looks like it can keep up with the best from Samsung, OnePlus, and others. This is the Motorola Edge Plus. 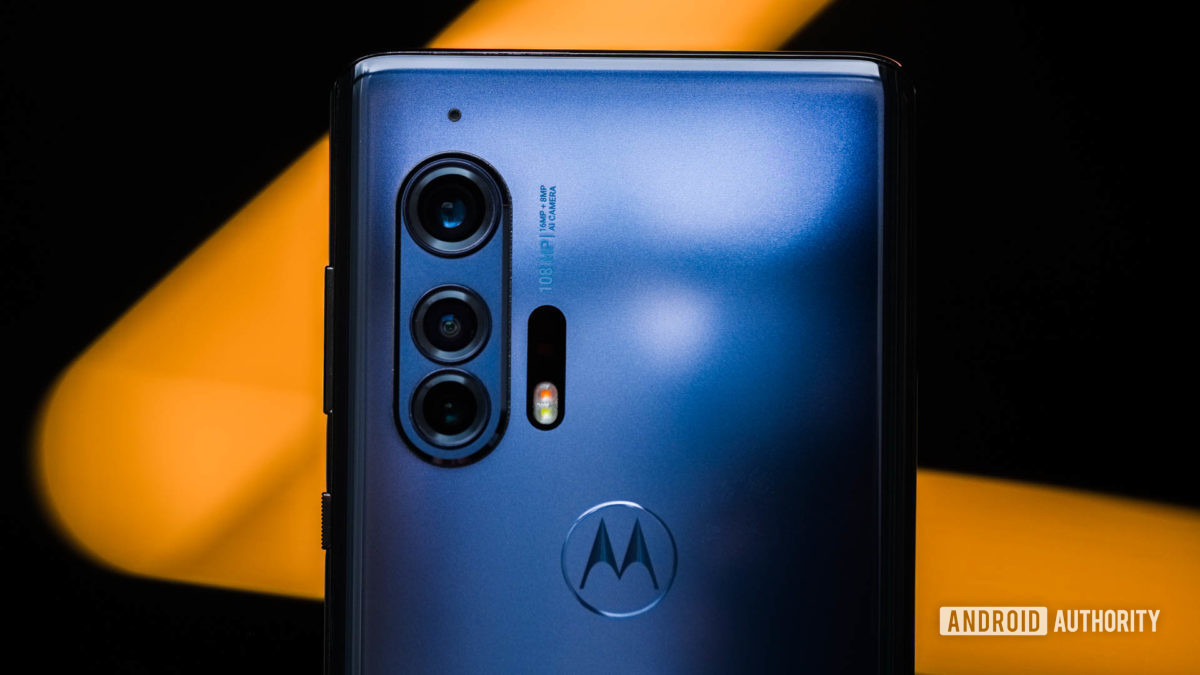 From a pure power perspective, Motorola has caught up with the top dogs in the market. With only one SKU available with 12GB of RAM, 256GB of storage, and a 5,000mAh battery, it’s up there with the Samsung Galaxy S20 Ultra in core horsepower and battery capacity. The Snapdragon 865 chipset and X55 modem give this device sub-6GHz 5G capabilities, and it also has mmWave for Verizon’s network.

Those specs are pushing a 6.7-inch Full HD+ 90Hz display, which curves over the sides of the device by 90 degrees. Motorola calls this the Endless Edge display. While it’s certainly more curved than most Android devices, it doesn’t’ feel nearly as aggressive as the Huawei Mate 30 Pro. Motorola recognizes that it may not be for everyone. Because of this, it’s giving you the ability to disable the edges of the device and only use the flat top of the phone.

The display sports a 21:9 aspect ratio, the likes of which we’ve only really seen on a few devices, such as the Sony Xperia 1 and Sony Xperia 5. I personally really like 21:9 displays. They can be a bit difficult to use with one hand (so tall!), but they enable a great media viewing experience. Many movies are filmed in the 21:9 aspect ratio, so you can fill the entire screen while watching on the Edge Plus.

This is looking like one of Motorola’s best flagships to date.

Motorola added the curved display to make the phone easier to use one-handed, and to give you a number of quick actions while using the device. You can swipe down on the edges to bring down the notification shade, or use the edges for notification lights. 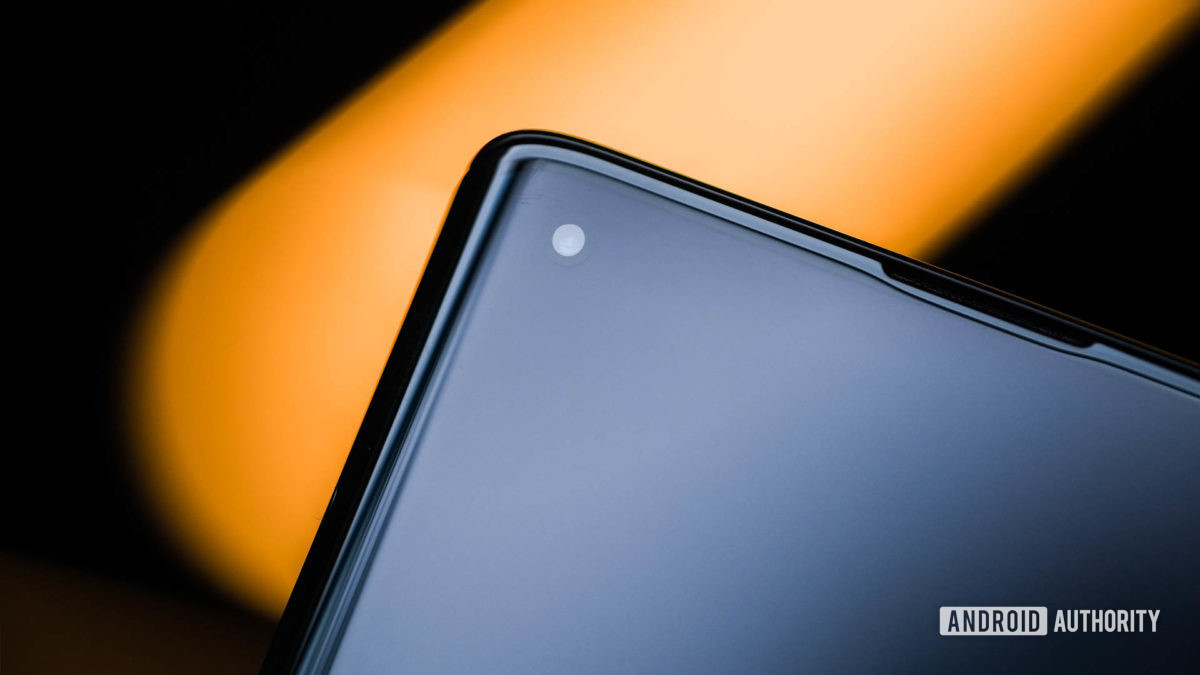 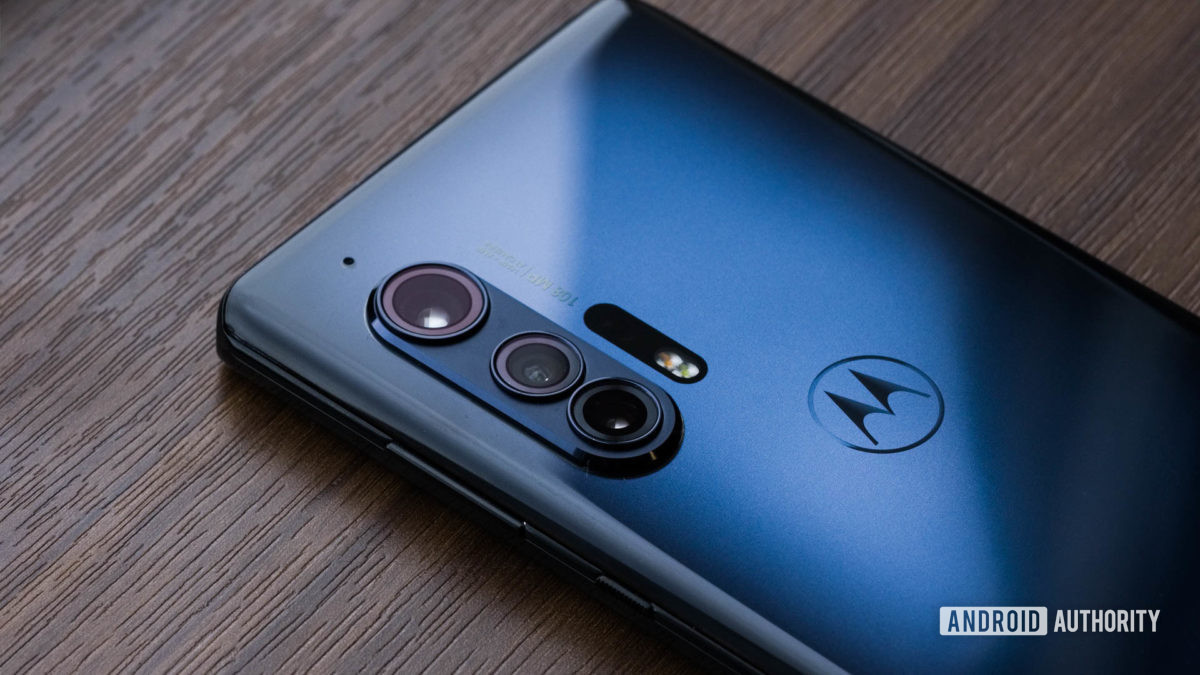 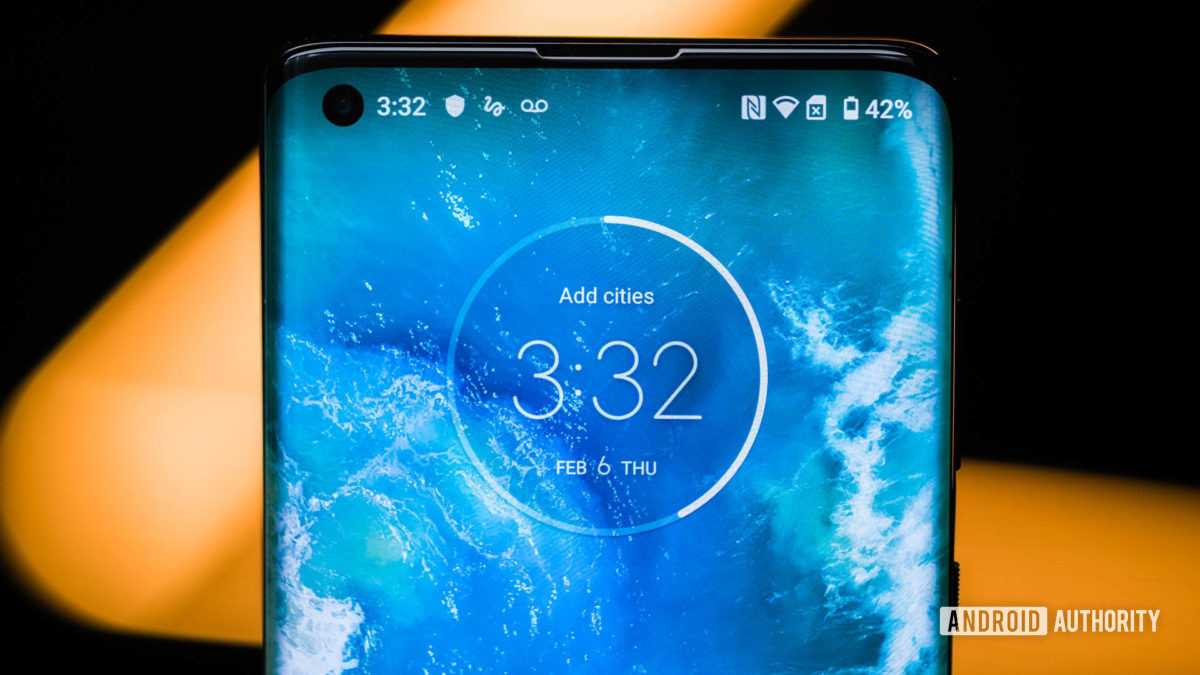 Motorola hasn’t certified this device IP68 for water and dust resistance, but says it has tested the device internally to the same standards. When I pressed further asking for specifics, I received this reply:

In regards to water and dust resistance, we have full confidence in the devices’ durability with Gorilla Glass 5 on the front and back, and a mechanical gasket solution preventing water and dust ingress.

The Moto Edge has stereo speakers, which Motorola says have been tuned by Waves Audio. Moto claims they are the loudest-ever speakers in a smartphone. We’ll have to test that claim during our review of the device. 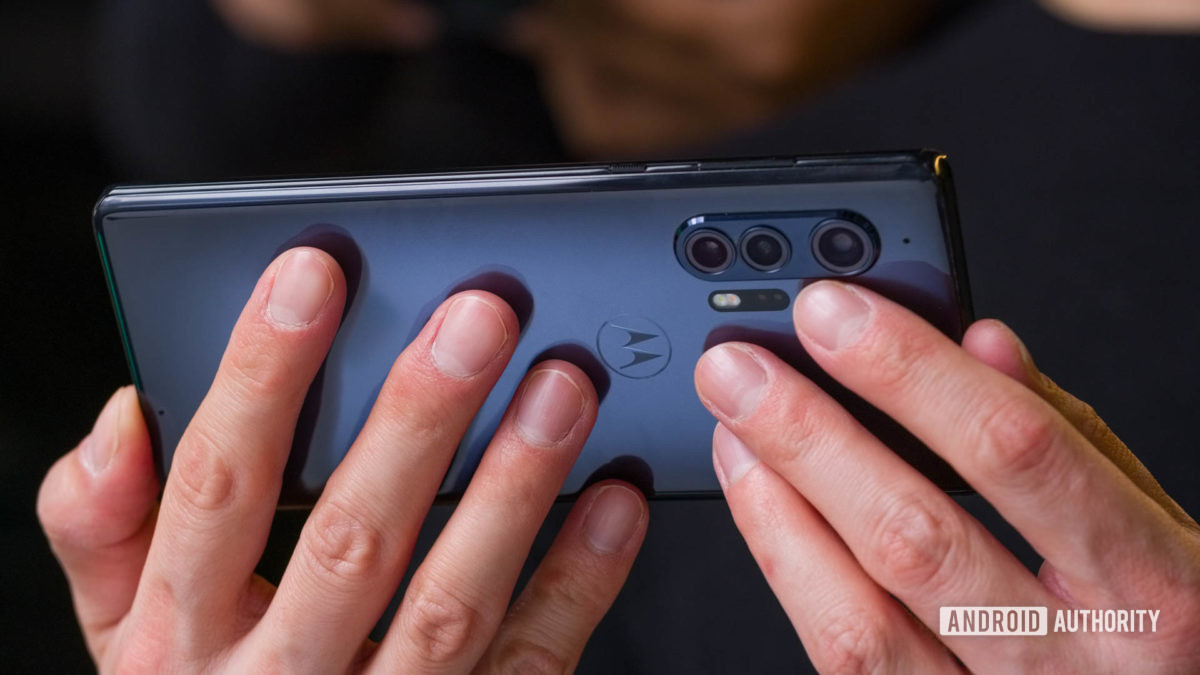 5,000mAh seems to be the new benchmark for flagship devices, and most phones with cells this large have performed admirably. The LG V60, in particular, surprised us with its battery life, and we’re hoping the Edge Plus can stack up as well.

If you like to charge with a cable, the Motorola Edge Plus will charge at 18W with the included charging brick. This is pretty slow for a flagship, now that we’re seeing devices with 25W, 30W, 50W, and even 65W charging capabilities. Motorola says you’ll have to charge less often thanks to the battery’s high capacity, but I think this is a weak excuse. I would have liked to see 25W at a minimum.

If you’d rather wirelessly charge your phone, the Edge Plus can charge at a rate up 15W over the air. Motorola says it will sell a dedicated wireless charger that charges at this rate, but we don’t have any details on pricing or availability yet. The Edge Plus can reverse wireless charge other phones or accessories at a rate of 5W. This is faster than the 3W reverse wireless charging on the OnePlus 8 Pro, but slower than the Samsung Galaxy S20 Plus, which outputs 9W. 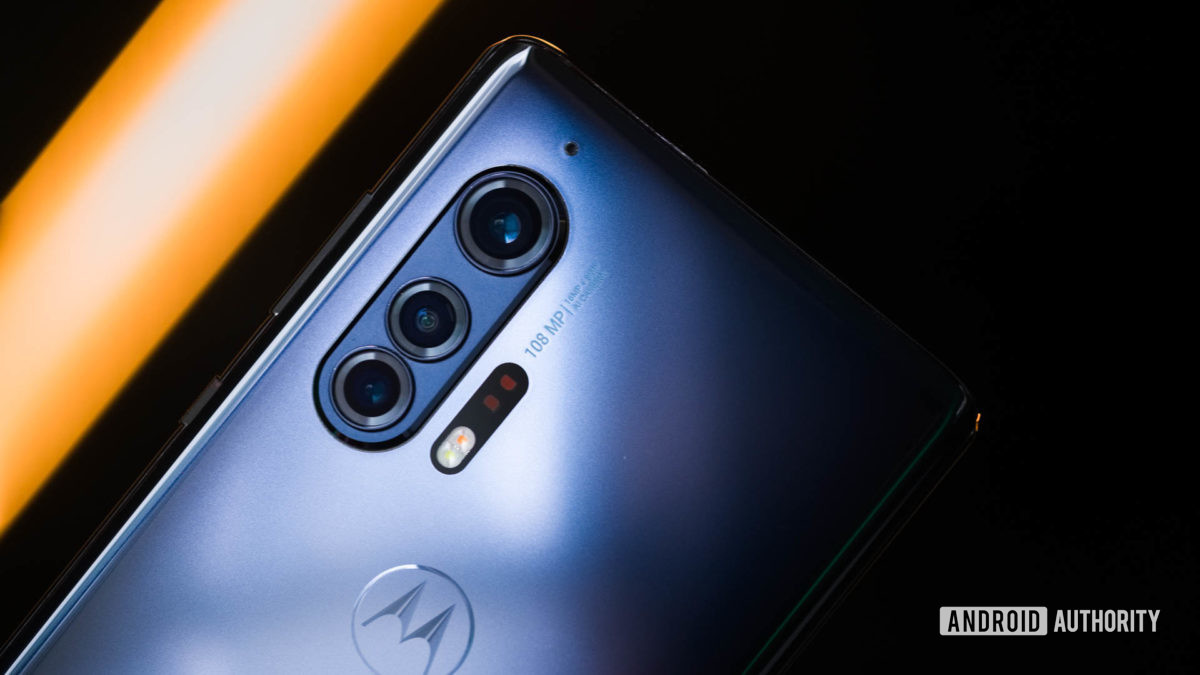 The Motorola Edge Plus is no slouch in the camera department either. It’s using the 108MP Samsung ISOCELL sensor found in the Xiaomi Mi Note 10 for its main sensor. This is a two-by-two binning design, not the three-by-three design we saw in the Galaxy S20 Ultra. Still, that main sensor is quite large. I’m excited to see how Motorola handles images from it with software tuning.

The Edge Plus is using a 16MP ultra-wide sensor that doubles as a macro camera, and an 8MP optical telephoto sensor. I’m glad Motorola went the dual wide/macro route instead of giving the macro camera dedicated hardware. And I’m especially happy to see 3x optical zoom on this phone. While some hybrid zoom systems have been okay, optical zoom generally produces better results.

That punch-hole selfie camera is also quite high-resolution at 25MP. That said, we’ll have to see how it and the other cameras stack up in the real world.

The Moto Edge Plus can’t shoot 8K video, but it is splitting the difference and offering 6K video recording at 30fps. I’m perfectly happy with this since the current state of 8K video on smartphones is sub-par at best. 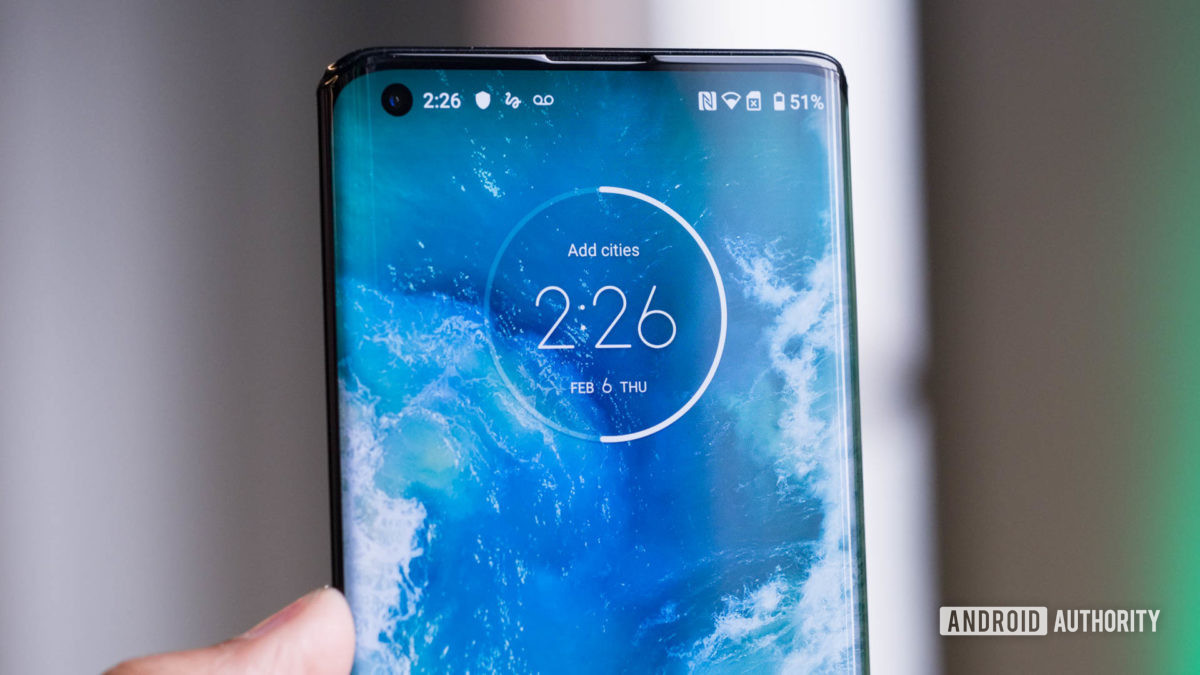 Motorola has always had a stock-centric take on Android, with useful gestures to make its phones easier to interact with. Double chop to launch the flashlight and twist to launch the camera are still here, as are other actions that were created way back with the original Moto X.

Motorola is also introducing a new set of features called My UX, which will allow users to customize gestures and themes for their device within the app. We’ll dive deeper into this once we have time to review the device in full.

Moto is also launching a spec’d-down Motorola Edge device that comes with a Snapdragon 765, 4/6GB of RAM, and 128GB of storage. It’s the same physical size with the same display, but you’ll be missing things like the 865, mmWave 5G, and the 108MP camera. That being said, it does tout some extra features like microSD card expansion.

Moto hasn’t specified pricing for this second device, but it says it’s coming later this summer.

And it’s… Verizon only 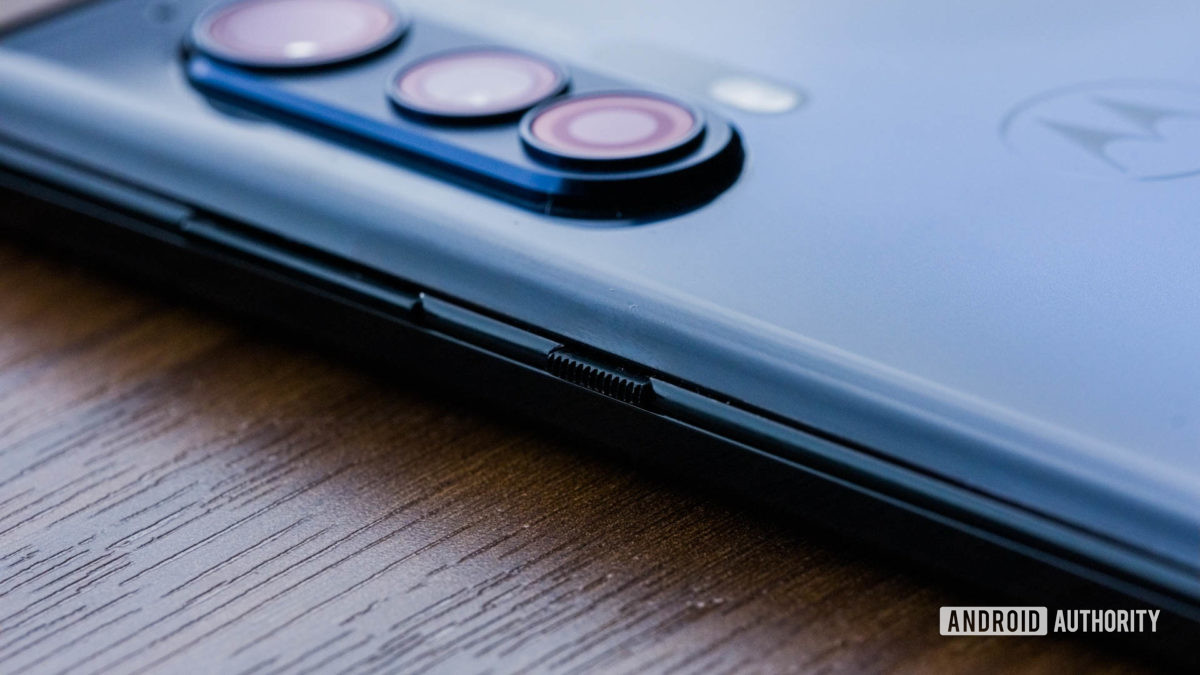 Perhaps the most disappointing thing about the Motorola Edge Plus is the fact that it will be a Verizon Wireless exclusive in the United States. I am legitimately excited about this phone and feel that it could finally be a serious competitor for Moto, but the exclusivity hurts it severely. I understand that Moto has a long and storied relationship with Verizon, but making it exclusive to the carrier is going to hurt its chances of succeeding — particularly when you consider the cost.

At $999, this device offers just as much if not more than the Samsung Galaxy S20 Plus, which costs $200 more. But if you’re on T-Mobile, AT&T, Google Fi, or others, you’re going to have to skip the Moto Edge Plus.

Motorola says it has plans to sell the device globally, but it doesn’t have any specifics at this time.

The Motorola Edge Plus is one of Moto’s most feature-packed phones to date. With flagship-tier specs and a price point to match, can it really take on the Samsung Galaxy S20?

If you want to get your hands on a Motorola Edge Plus, it will be available through Verizon for $999 starting May 14. The Edge Plus comes in Smoky Sangria and Thunder Grey, while the standard Motorola Edge will come in Solar Black and Midnight Magenta.

What do you think of these devices? Let us know in the comments down below.

Motorola Edge Plus could’ve been a Galaxy S20 killer, but it has one fatal flaw

Motorola Edge Plus: Can it compete with the big kids?

When should you expect to receive the Android 10 update? (Updated April 17)

The best Motorola Moto Z4 cases you can buy

Motorola will finally unveil the Edge Plus flagship device next week