Microsoft to launch Surface Go 2 in May with larger screen, slimmer bezels 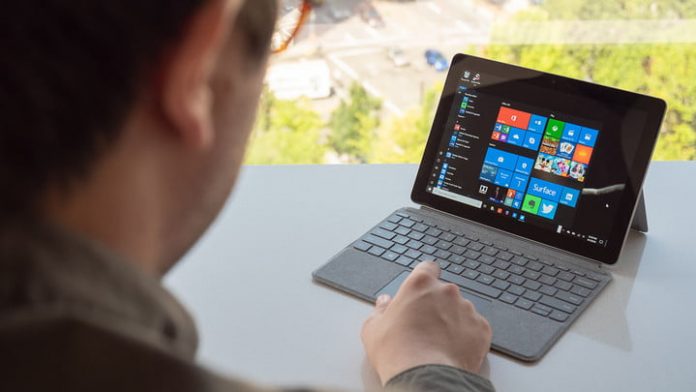 Microsoft’s Surface Go 2 tablet could launch soon and may also be coming with a new look, according to a report from Windows Central. The most affordable Surface device is said to be coming in May with a slimmer bezel, as well as improved Intel processors under the hood.

Although the Windows Central report claims that the Surface Go 2 is largely expected to keep the same overall external chassis, the device might feature a bigger 10.5-inch display. That would come largely as a result of slimmer display bezels, which Windows Central claims might be on the same levels of Microsoft’s latest Surface Laptop 3.

Citing internal sources, the publication also suggests that the Surface Go 2 will be coming in May. This would fall in line with previous rumors which indicated Microsoft had considered a spring event in New York City to reveal the device, which has now been canceled.

In terms of specs and pricing, Windows Central believes that the Surface Go 2 will still remain affordable. Just as previous rumors suggested, pricing will start at $400, with options for the Intel Pentium Gold 4425Y processor, with 4GB of RAM and 64GB of storage.

A higher-end model, meanwhile, will come with options for Intel’s Core m3-8100Y processor as well as 8GB of RAM and 128GB storage. This is a big upgrade from the original Surface Go, which only sports options for the Intel Pentium Gold 441Y Processor.

Elsewhere, it’s said that the Surface Go 2 is expected to keep the same dimensions and ports. This includes USB-C, a headphone jack, as well as Surface Connect and a MicroSD card slot. Keyboards and other accessories from the original Surface Go will also work with the new device.

When released, the Surface Go 2 will supersede the original Surface Go, which was first available in July of 2018. It is also expected that Microsoft could announce the Surface Book 3 soon too. Specifications and benchmarks for both devices were recently spotted online.