Home News For towns large and small, 5G is the face of federal overreach
News

For towns large and small, 5G is the face of federal overreach 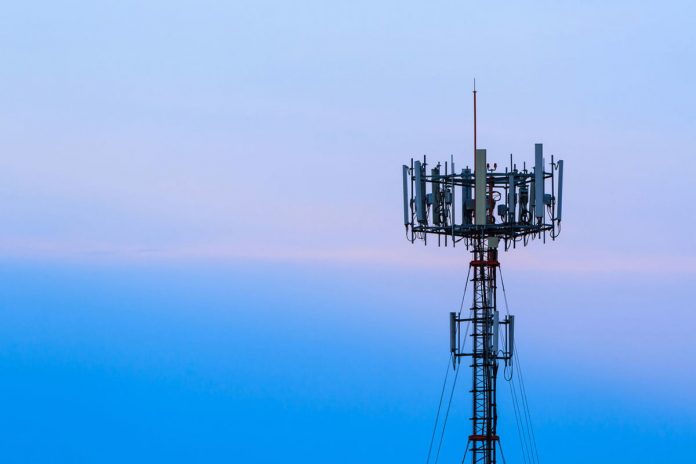 Maidencreek Township is a quiet community nestled to the north of Reading, Pennsylvania. At first glance, its acres of farmland make you think this is a community that modern life has passed by. But that’s not the case.

With suburban sprawl and the city of Reading’s continued struggles, Maidencreek has become an attractive alternative to the urban enclaves to its south. Its low taxes (they’ve only been raised three times since 2000) are attracting increasing commercial development, and have made it a target for wireless providers eager to start building out 5G service in the not too distant future — possibly as soon as later this year.

But Maidencreek, like many other towns both big and small across the country, is voicing its displeasure over the rollout of 5G — most loudly with the Federal Communications Commission. The township argues that the FCC tied resident’s hands behind their backs, and they have little say over how and where 5G towers are built. And unfortunately, they’re mostly right.

Much of local government angst over 5G surrounds the FCC’s September 2018 ruling that fast-tracked 5G deployments nationwide. Under these new rules, municipalities have only 90 days to approve or deny the deployment of new small cell sites across their communities and 60 days if the carrier adds 5G equipment to an existing facility.

For the fastest speeds, these small cell sites will use a technology known as mmWave. Given the ultrahigh frequencies used, it will take hundreds if not thousands of these small cell sites to provide service. They’ll be everywhere, and they’re not the most aesthetically pleasing to look at. Communities fear how their downtowns and residential streets will look as 5G takes over.

Municipalities want to regulate this on their own, but they’re prevented from doing so. The FCC’s order excludes small cell sites from environmental and historical character impact reviews, and municipalities can’t charge more for these fast-tracked reviews than the actual cost to review them. They also have little say in how they look or where carriers place them.

As a result, small towns like Maidencreek and bigger cities like Philadelphia, San Francisco, and Los Angeles are finding out how tough it will be to regulate 5G’s deployment. The order has already survived most legal challenges. Attorneys for these municipalities are recommending quick adoption of 5G ordinances and approval of every new small cell site permit unless it is denied for “just cause.” For most of these applications, there is no legal basis at the moment for any denial.

But the sheer number of these sites have local governments worried that they wouldn’t be able to keep up with the number of applications that may come in, which will slow review of non-5G construction. Making matters worse, 25 states — primarily in the Midwest and South — have passed further legislation codifying restrictions on 5G tower review by local municipalities.

“As stewards of substantial amounts of public rights-of-way, counties are concerned with recent federal actions that undermine local governments’ ability to serve as trustees of public property, safety, and well-being,” the National Association of Counties recently wrote, while also highlighting state actions as well to curb local municipality control. The NAC was one of the first to challenge the FCC order.

Much of the earliest pushback against 5G centered around safety. Several groups have claimed that the radiation emitted by 5G phones and towers could be harmful, and have attempted to block or slow 5G development using health concerns as their basis.

But those efforts have largely failed. Scientists have yet to find a link to health concerns, and experts that Digital Trends has spoken to have already said that there is little to worry about in this regard, as the amount of radiation emitted is far less than even the average X-Ray. The FCC recently affirmed its safety standards for cell phones last August, noting they are some of the most stringent in the world. The Food & Drug Administration supported the decision saying available evidence currently “does not support adverse health effects in humans” as a result of exposure to 5G radio waves.

“There’s no denying that 5G is coming, and coming fast — and there may not be much that can be done to stop it.”

This is not stopping activists from trying. At Maidencreek Township meetings, it was a group known as Pennsylvanians for Safe Technology, and elsewhere similar groups have lobbied for provisions in ordinances nationwide, but most fail due to insufficient evidence of human health hazards. At this point, sensitivities to 5G and other radio signals, most commonly referred to as “electromagnetic hypersensitivity,” appears to be more pseudoscience than an actual medical condition.

But there may be ways for local municipalities to regain at least some control over 5G deployments, and that is whittling down the order piece by piece.

Limited success in the courts

While no case looks to put the entire order in jeopardy, three cases seem to show the most promise for future challenges. In August, the U.S. Court of Appeals for the D.C. Circuit struck down the provisions that allowed carriers to do an end-around environmental and historical character impact reviews thanks to a challenge by tribal and environmental groups.

However, the Court declined to address the expedited review periods or requirements aimed at reducing the cost of permitting fees. Municipalities are eager to challenge that part of the law. “Narrowing the window for evaluating 5G deployment applications would effectively prevent local governments from properly examining the impact that construction, modification, or installation of broadcasting facilities may have on the public health, safety and welfare of the local community,” the National Association of Counties says.

A case challenging those aspects is proceeding through the U.S. Court of Appeals for the Ninth Circuit right now. Its chances for success are not guaranteed. But what might show the best promise in giving back municipalities their authority is Mozilla vs. FCC, which had nothing to do with 5G at all.

In 2019, Mozilla challenged the FCC over its repeal of net neutrality. While the company was not successful in overturning the rule at a federal level, it was successful in a critical point: States are now permitted to pass their own net neutrality legislation. While California’s law — the strictest net neutrality legislation in the country — still faces a Justice Department lawsuit and has been put on hold pending legal challenges, it is a possible avenue for 5G opponents to use in fighting for local control.

But with 25 states already passing legislation that sides with the FCC and the wireless industry’s position on 5G deployments, the path ahead will be difficult. Industry lobbyists have already swayed a large number of state legislatures to act. Local municipalities aren’t just fighting the federal government, but in many cases their state governments as well.

At least for the near future, local governments can do little more than comply with FCC and state regulations, no matter how disruptive and costly the approval processes might become. But with municipalities fighting back in the courts and a potential change in regulatory strategy depending on the outcome of the presidential election, there is hope.

Either way, those changes are, at a minimum, months away, and potentially even years — which is likely too late. Most of the carriers target 2020 as the start of widespread 5G deployment. This means in urbanized areas, these mini-towers will likely become a more common sight throughout the year. More rural communities like Maidencreek may not see these mini-towers next year, but will likely see them in 2021 and beyond, which still soon enough for current FCC policies to apply to these buildouts.

But if Trump and Republicans lose control of the White House and FCC, it doesn’t mean a reprieve is imminent. While Democrats do support returning control over deployments to municipalities, they still support 5G technology and agree with a significant portion of the ruling.

Regardless of who’s in charge, there’s no denying that 5G is coming, and coming fast. And there may not be much that can be done to stop it.