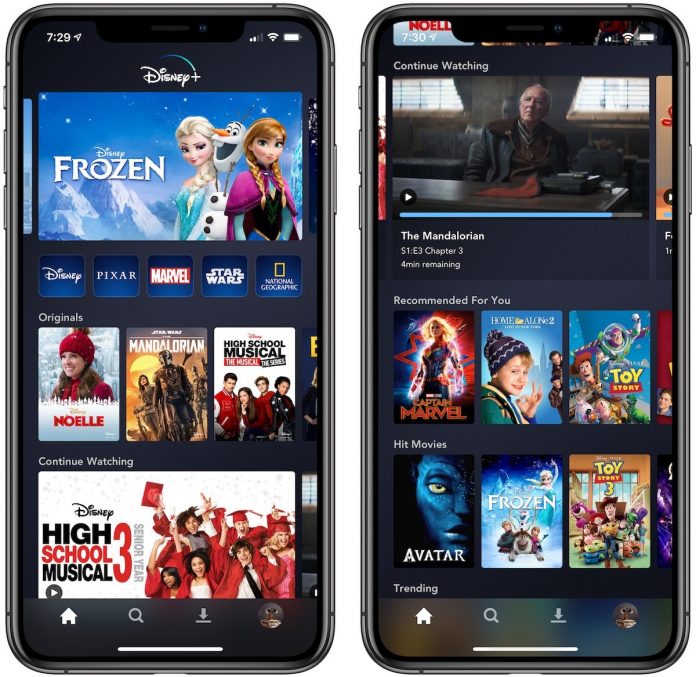 Disney+ in early February had 28.6 million subscribers, which means the streaming service has grown by 21.4 million subscribers in the last two months. Much of the boost can be attributed to recent launches of the service in the UK, Ireland, Germany, Italy, Spain, Austria, France, Switzerland, and India.

Apple has not released subscriber numbers, which means there’s no direct comparison to Disney+. Since September, Apple has been providing a free year of service to everyone who purchases a new Apple device, so it will take over a year until Apple has large numbers of paying subscribers.

At launch, Disney+ ran promotions for discounted service for multiple years, marking the service down to the equivalent of $3.99, and has provided free Disney+ access to Verizon subscribers. Wit the exception of free trial members and Verizon users, customers with access to Disney+ are paying for it, unlike most ‌Apple TV‌+ subscribers at this time.

Disney+ has a significant edge over ‌‌Apple TV‌‌+ because Disney+ has an established catalog of content along with many popular Star Wars and Marvel franchises. “The Mandalorian,” the key show Disney+ premiered with, received more attention than any of ‌‌Apple TV‌‌+’s launch shows, including “The Morning Show,” “Dickinson,” “See,” and “For All Mankind.”

Apple could catch up in the future given its huge subscriber base and the large number of people who own an Apple device, but it will be quite some time before Apple can match Disney’s content offerings.Tag: Disney
This article, “Disney+ Reaches 50 Million Subscribers in Just Five Months” first appeared on MacRumors.com