Home News Deadpool is now in Fortnite, here's how to get him
News 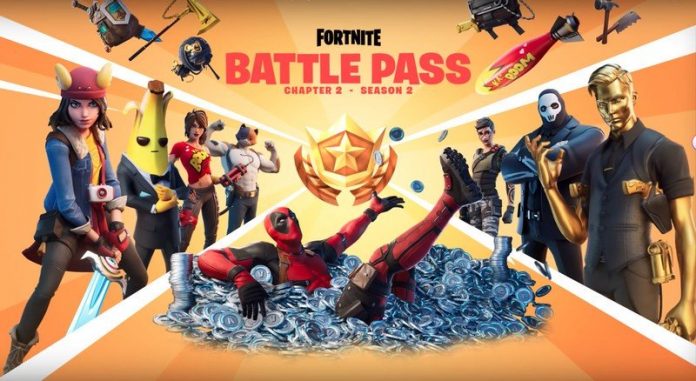 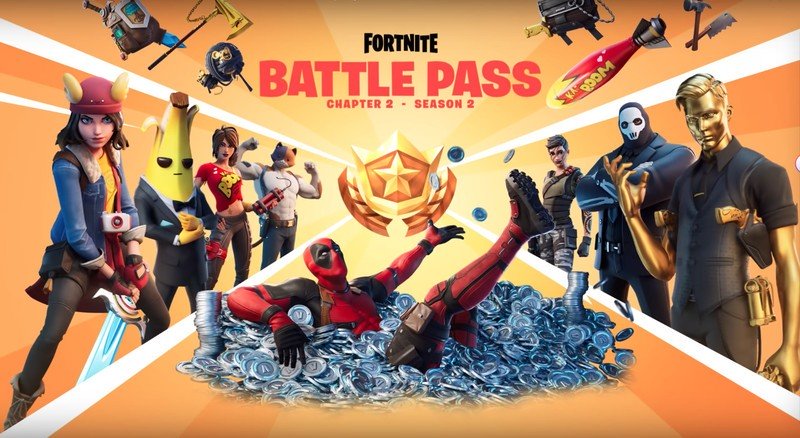 Fortnite Chapter 2 – Season 2 is officially out now, and one of the most surprising additions to the new season is that of Deadpool, Marvel’s iconic hero. Initially spotted in the trailer for Chapter 2 – Season 2, it was revealed that players would be able to obtain a Deadpool skin for completing various challenges in this season’s Battle Pass.

After a couple of weeks of challenges, Deadpool is now officially in Fortnite, and available for players to earn. If you’ve already completed the rest of the weekly challenges, you’ll have to do two final things in order to unlock him.

That’s right baby! Deadpool is in the game. Just need to complete his Challenges this week and voila, he’s yours.Even antiheroes have to heed the call 😏 pic.twitter.com/ARLR2fG8lx

Head back to Deadpool’s lair in the main menu of the game and access the computer, where you’ll be tasked with finding Deadpool’s two pistols. After finding them in the main menu of the game underneath the desk, simply head into a game and access a phonebooth or a portapotty. Simply jump inside and you’ll transform into Deadpool, unlocking the skin for you to keep. Next week, another set of challenges will allow players to unlock a variant on the skin, which features Deadpool without his mask.

You can check out the full list of challenges below if you have to catch up on them.

In the meantime, you can always check out the full list of Brutus’ Briefing to see what you’ve missed, still need to complete, or head back to the main menu to prepare for the next challenge. There is a lot to do this week, so you’ll be busy exploring Fortnite Chapter 2 – Season 2 for some time!

Go Into The Unknown two weeks earlier than originally anticipated.What you need to knowFrozen 2 was originally scheduled to arrive
Read more
News

Keep your tabs organized.Google has decided to release a new feature to Chromebook owners and general Chrome users who have
Read more
News

Go Into The Unknown two weeks earlier than originally anticipated.What you need to knowFrozen 2 was originally scheduled to arrive
Read more

Keep your tabs organized.Google has decided to release a new feature to Chromebook owners and general Chrome users who have
Read more

Your smartphone's camera does a lot of work to make your photos look the way they do. Onboard software takes
Read more