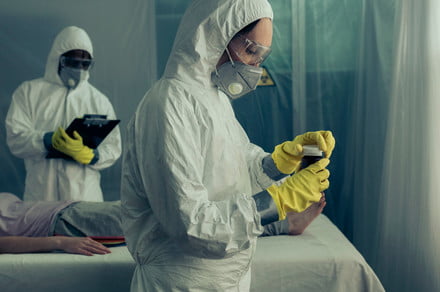 The U.S. Food and Drug Administration (FDA) earlier this week made a decision that stirred controversy when it authorized the drugs chloroquine and hydroxychloroquine to be added to the Strategic National Stockpile, allowing doctors to prescribe them to patients with COVID-19, commonly known as the coronavirus. The move came a week after President Donald Trump tweeted that “HYDROXYCHLOROQUINE & AZITHROMYCIN, taken together, have a real chance to be one of the biggest game changers in the history of medicine.”

HYDROXYCHLOROQUINE &amp; AZITHROMYCIN, taken together, have a real chance to be one of the biggest game changers in the history of medicine. The FDA has moved mountains – Thank You! Hopefully they will BOTH (H works better with A, International Journal of Antimicrobial Agents)…..

The FDA’s decision sparked controversy, and in the time since, a shortage of chloroquine. What exactly do these drugs do, and can they actually treat coronavirus? Or is this another case of coronavirus misinformation? Here’s what you need to know.

Chloroquine and hydroxychloroquine are medications commonly used to treat malaria, a widespread and dangerous disease that afflicts hundreds of millions of people around the world. Malaria is not caused by a virus, but a very different source: Plasmodium parasites that are carried by mosquitoes, which spread the parasites to humans when they bite.

These drugs also inhibit the immune system, which makes them useful for treating autoimmune diseases, like rheumatoid arthritis, in which a person’s immune system registers part of the body as foreign and attacks it.

Why is it in the news now?

When the President of the United States hypes up a drug in the middle of a global pandemic, it gets attention. Trump’s enthusiasm for chloroquine followed a French study conducted by Didier Raoult, a microbiologist with a history of courting controversy. Raoult and his fellow researchers published a paper in which they found that coronavirus patients treated with hydroxychloroquine and azithromycin showed a reduction in the virus.

Given the desperation for a cure, and the fact that a vaccine likely won’t be out until 2021 at the earliest, the hype around chloroquine and hydroxychloroquine is understandable, but is it warranted?

We reached out to professor Art Reingold, an expert on epidemiology at the University of California, Berkeley, for his thoughts on the issue. Reingold reiterated that viruses are very different from parasites, so chloroquine’s ability to deal with one has nothing to do with the other.

“The theory underlying why chloroquine might help in COVID-19 cases is based mostly on lab studies and uncontrolled case series in which some patients given the medication did well,” he said, adding that “they might have done just as well without it. That is why properly designed clinical trials, comparing how patients given the drug do in comparison to patients given a placebo, are essential/underway.”

It’s important to remember that the studies on chloroquine/hydroxychloroquine and coronavirus patients, including the French study that pushed this into the mainstream, have involved a small number of subjects.

Chloroquine has demonstrated some antiviral properties in the past. As a recent study published in Nature explains, “chloroquine is known to block virus infection by increasing endosomal pH required for virus/cell fusion, as well as interfering with the glycosylation of cellular receptors of SARS-CoV.”

That same study demonstrated that chloroquine could impact COVID-19 in vitro, meaning outside the human body. It’s too early to draw any conclusions about whether or how these drugs could be a viable treatment for coronavirus.

Although research on these drugs could be valuable, the hype could be problematic. As mentioned, these drugs are already facing shortages, and given their use for other conditions like malaria and rheumatoid arthritis, people for whom those drugs have been proven to work may find themselves with a problem.

Further proof that $1000 smartphones are kind of silly.If you've gone out to buy a mid-range Android phone at some
Read more
News

Further proof that $1000 smartphones are kind of silly.If you've gone out to buy a mid-range Android phone at some
Read more