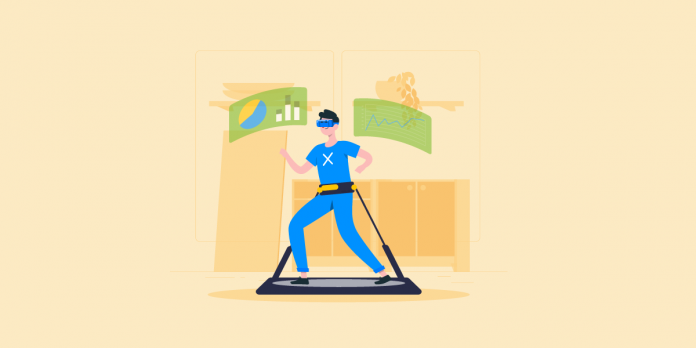 Technology, a word that keeps on giving, isn’t it? You think of the old days, and wonder how far the world has paced forward. How often did you think seriously about the shows of the 1960s that predicted a brighter future for technology?

Today we travel by Uber, and send messages on the smartphone, unlike the old times of letters and cartwheels. But there’s a catch, while technology is rapidly transforming and new trends coming up, not everyone’s satisfied with it. Take an example of self-drive cars for instance. According to Gartner analyst Mike Ramsey, self-drive cars are not a plausible option even at this hour as the idea of a car making human decisions is still far from reality.

But the argument doesn’t stop there!! While there are industry experts and business entrepreneurs having their say against some of the technology transformations, the trends seem to be gathering pace and the world’s technology continues to evolve. Speaking in a recent interview, Tesla chief Elon Musk said that the company plans to roll out over a million self-driving cars on the roads in the next few years.

So keeping pace with the trends, we’ve rounded up a list of the top 10 technology trends this 2020 that are bound to impact businesses and our lives to a great extent.

Here’s our take on the top technology trends set to take center stage in the year 2020.

We’re all aware of 2G, 3G, and 4G, right? Well, guess what, 5G is already here. Experts believe the fifth-generation network is set to be rolled out between 2020-2030. And here’s what you can expect from it:

With the 5G network offering rapid internet speeds on smartphones, the full-fledged rollout of this network would bring in multiple opportunities for various Android and iOS application development companies around the world to integrate their apps with features that are compatible with the network. Similarly, smartphone manufacturers would be able to load their phones with better and more innovative features that generally require a faster network to work with.

We discussed how experts have mixed views about self-driving cars. Well, that being said, self-drive cars are being given a lot of importance and with companies like Tesla planning a massive roll-out, here’s a take on some other companies associated with autonomous cars:

There’s been a lot of talk around AI coming to the fore. And with 2020 now upon us, there’s a lot of development happening in the world of AI. From Artificial intelligence-powered CPUs to the use of AI in marketing and healthcare, there’s a lot to forward to.

Experts have predicted recently that AI chips will be implemented in devices and machines now. Where newer technologies are usually costly, AI chips for CPUs and other devices are not expected to be as expensive.

Democracy isn’t a new term for us. But have you ever heard about democratization? Well, around all the talk about trends in 2020, democratization has come up as a new term which ideally means equal access to technology to users regardless of their profession. Here’s a take on what Gartner considers the key points of democratization:

2018 was the year of virtual reality, wasn’t it? But hang on, that seems to be changing now. With Augmented Reality coming up as another hotshot in the technical world, there’s a lot to look forward to in 2020.

Experts have predicted that AR will significantly take over virtual reality with the software set to reach even your mobile phone or to be more precise, it has already reached.

Year changes but security remains a top concern, right? Well, perhaps the answer isn’t too far now. Artificial Intelligence, already proven to be capable of handling home solutions, is now coming up as a major hotshot in security.

With companies developing AI home security systems, the eye is on a new era of technological advancements.

We’ve seen robots in movies. But ever thought about robots serving you at a restaurant or doing most of your daily course for you? Believe it or not, that reality isn’t so far. Development companies have already started developing robots capable of functioning like humans.

The same goes for consumers who are more worried about the traceability of their information. But with technological advancements pacing rapidly, 2020 promises transparency at a new nigh.

Health care has always been a hot topic and a major area of concern for the majority of countries. But using AI and data from smart wearables is changing the way we think about healthcare.

Doctors can now look at the way your body functions by analyzing the data received from smartwatches, for instance, and then personalize your medicine accordingly. It also allows doctors to know whether a particular medicine will have any effect on your body or not.

We’ve all used printers, right? Well, there’s a new innovation coming up in this sphere. 3D printing is a whole new way of printing things. So now you’ll be able to print not from paper, but from real objects and it won’t take that long either.

Having emerged as one of the top trends on the internet today, 3D printing will make printing much more innovative and advanced.

The world is changing, and so is the technology for all good. We’re entering an era where our lives and businesses will largely be affected by technology. The trends continue to grow and transform human lives.

Whether it’s AI or Human Augmentation, there’s so much more to come and it’s just getting started. With the arrival of 5G, users can expect to have a much faster speed even on the smallest of devices and this innovation will change the world as a whole.

Author Bio – Manish Rawat is a very creative writer and active contributor who love to share informative news or updates on various topics and brings great information to his readers. Being writing as his hobby, Manish has come out with many interesting topics and information that attracts readers to unravel his write-up. His content is featured on many mainstream sites & blogs.