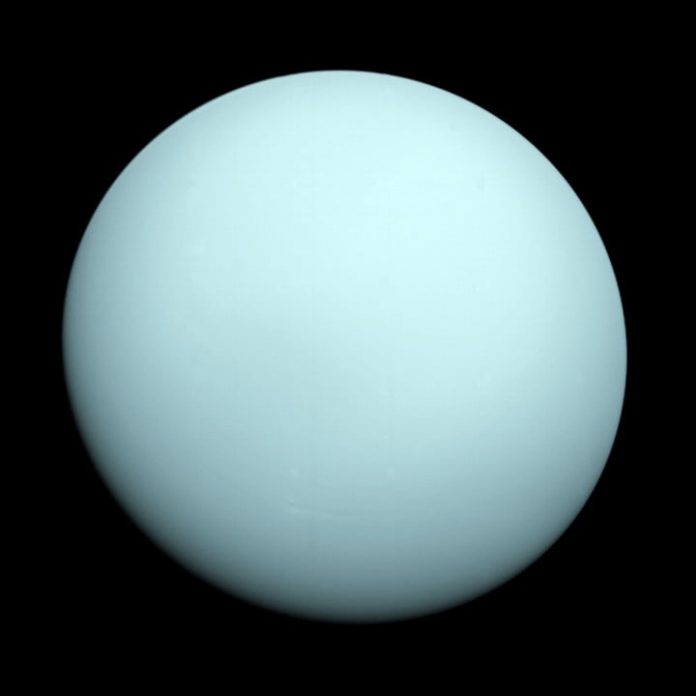 Voyager 2 may have long ago left our solar system and headed out into interstellar space to explore the unknown, but scientists are still learning from the data it collected as it passed by the other planets in our system. A new analysis of 30-year-old data has revealed a surprising finding about the planet Uranus — the huge magnetic bubble surrounding it is siphoning its atmosphere off into space.

Atmospheres being lost into space can have a profound effect on the development of a planet. As an example, Mars is thought to have started out as an ocean-covered planet similar to Earth but lost its atmosphere over time. “Mars used to be a wet planet with a thick atmosphere,” Gina DiBraccio, space physicist at NASA’s Goddard Space Flight Center and project scientist for the Mars Atmosphere and Volatile Evolution, or MAVEN mission, said in a statement. “It evolved over time to become the dry planet we see today.”

Uranus’s atmospheric loss is driven by its strange magnetic field, the axis of which points at an angle compared to the axis on which the planet spins. That means its magnetosphere wobbles as it moves, which makes it very difficult to model. “The structure, the way that it moves,” DiBraccio said, “Uranus is really on its own.”

Voyager 2 took this image as it approached the planet Uranus on Jan. 14, 1986. The planet’s hazy bluish color is due to the methane in its atmosphere, which absorbs red wavelengths of light. NASA/JPL-Caltech

Due to the wobbling of the magnetosphere, bits of the atmosphere are drained away in what are called plasmoids — bubbles of plasma which pinch off from the magnetic field as it is blown around by the Sun. Although these plasmoids have been seen on Earth and on some other planets, they had never been observed on Uranus before the recent analysis of old Voyager 2 data.

“Imagine if one spacecraft just flew through this room and tried to characterize the entire Earth,” DiBraccio said. “Obviously it’s not going to show you anything about what the Sahara or Antarctica is like.”

The research is published in the journal Geophysical Research Letters.