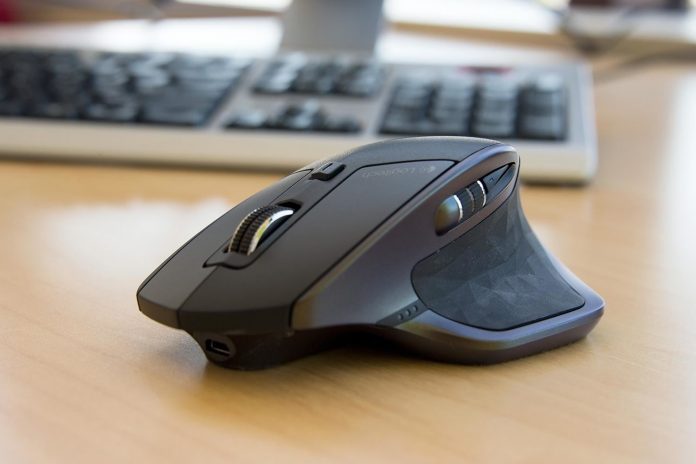 There are a lot of great Mac mice out there, but picking the best one for you isn’t always easy. It very much depends on what you want to do with it. Some are great with macOS gestures, while others are sensitive, or ergonomic. Perhaps you need a mouse that fits a specific budget? Whatever your needs, we’ll find a mouse that’s right for you.

These are the best Mac mice you can buy.

Best mouse at a glance

Why you should buy this: Superior ergonomics meets precision and features at an excellent price

Who’s it for: Anyone seeking a premium mouse for Mac, except left-handed users

Why we chose the Logitech MX Master:

Logitech’s MX Master mouse is one that needs little introduction, but we’re here to provide it anyway. While not the latest addition in the company’s lineup of MX premium products, the original Logitech MX Master continues to deliver exceptional performance and comfort at a price that is now nearly half its original MSRP. Usable on both Mac and Windows PCs, the MX Master offers several features beyond its comfort that any users can enjoy, including its adaptive scroll wheel that can jump between either super-fast or precision scrolling with a single click. The mouse also packs Logitech’s Darkfield Tracking technology, which allows the device to work on most surfaces, including glass.

Why you should buy this: Logitech’s MX Master mouse in a smaller, more mobile package.

Who’s it for: Anyone wanting a premium mouse for Mac to throw in their bag on-the-go.

Why we chose the Logitech MX Anywhere 2S:

Logitech’s MX Anywhere 2S is everything we love about the company’s larger Logitech MX Master mouse, but in a smaller package. As a part of Logitech’s premium lineup, the MX Anywhere 2S shares the features of its larger brother, the MX Master. Users gain access to the company’s Darkfield Tracking technology, allowing for tracking of the mouse on nearly every surface – a welcomed trait for a mouse that could be used anywhere. The MX Anywhere 2S also features a variety of customizable buttons that allow users to configure gestures and other actions through Logitech’s ‘Logi Options’ app.

Mobile travelers aren’t the only individuals who might want to look towards the MX Anywhere 2S, as those seeking the power of Logitech’s MX Master mouse in a smaller package could find it a comforting fit. Additionally, the MX Anywhere 2S features a symmetrical design, allowing it to be used by both right-handed and left-handed users with ease. Lastly, a standout feature for multi-computing users, the MX Anywhere 2S can be used across two different computers seamlessly without switching, even a Mac and PC, thanks to Logitech’s new Flow technology.

Why you should buy this: Logitech offers comfort and quality at a budget price.

Who’s it for: Those seeking a simple wireless mouse for Mac on a tight budget.

Why we chose the Logitech M510:

For Mac users or even PC users, seeking the right mouse on a budget, the Logitech M510 is our choice. Featuring a comfortable sculpted fit with contoured soft rubber grips, this mouse is pleasant to use throughout the entire workday. Users will be leaving behind some of Logitech’s more advanced features such as more sophisticated tracking technology for usage on any surface, and the company’s signature Hyperfast Scrolling; in exchange, one can grab a grand bargain with superb value. We do wish to note that the Logitech M510 works via a USB-A dongle, and doesn’t support Bluetooth, so if the goal is to keep USB-A ports free, or if a machine has only USB-C ports, looking elsewhere might be ideal.

The Logitech M510 does feature a few programmable buttons, but little beyond what may be used as merely back and forth buttons in a web browser. Those looking to spice up their lives with a bit of color may fall in love with the M510 as not only is it available in black, but blue and red configurations. Unlike most modern mice, the Logitech M510 continues to use AA batteries over a rechargeable lithium-battery option; however, you won’t need to have too many spare batteries on hand, as the estimated battery life is an impressive 24 months.

Why you should buy this: Apple’s Magic Mouse 2 offers macOS gesture control unlike any other mouse on the market.

Who’s it for: Those seeking the most authentic Mac experience, a gesture power-user.

Why we chose the Apple Magic Mouse 2:

Apple’s Magic Mouse features some questionable design choices, including the decision to place the charging port on the bottom of the unit – meaning you can’t use the mouse while you charge it. However, despite some of the negative complaints some users may have about Apple’s Magic Mouse 2, primarily the design which seems to favor aesthetics over ergonomics, the product packs many features worth noting. For those who love navigating around their Mac with ease, the Magic Mouse 2 can handle all of the gesture controls included in macOS. With the flick or tap of fingers, users can quickly scroll, zoom, and rotate, in addition to swiping between web pages, switching full-screen apps, opening the notification enter, accessing Launchpad, and much more.

As usual, we are impressed with Apple’s superb build quality, with the Magic Mouse 2 featuring materials such as aluminum for its bottom shell and glass for its top surface. We know that its design will likely attract those looking at the Magic Mouse 2, and we can reassure that the mouse does indeed come in both classic silver and space gray – however, you’ll be paying an odd premium for the latter. Lastly, as with most Apple products, users will be shelling out quite a bit of money for the honor of owning the Magic Mouse 2, but for some, the privilege is worth it.

Why you should buy this: You absolutely love the trackpad on your Macbook and want it on your desktop.

Who’s it for: Those wanting the best Trackpad for Mac.

Why we chose the Apple Magic Trackpad 2:

It’s technically not a mouse by the strictest definitions, but we feel hard-pressed to write an article on the best input devices for the Mac while leaving out Apple’s Magic Trackpad 2. With Apple offering one of the best trackpads in the industry on its laptops, we don’t find it a surprise that some users would opt to bring that experience to their Mac desktops. As with the Trackpad found on Mac laptops, users can easily twirl and tap their fingers to conjure up several gestures with ease. For those who don’t find the Magic Mouse 2 very comfortable, the Magic Trackpad 2 might also provide a better option.

We love the Trackpad’s use of force sensors, which enable you to click anywhere on the unit’s surface and feel a uniform click. Additionally, the Trackpad does feature Apple’s Force Click technology, allowing you to bring up extra data in applications such as Safari with a bit of a hardy press. The Trackpad also joins Apple’s list of premium built products with an aluminum enclosure and an edge-to-edge glass surface area. As with other products in Apple’s lineup, the Magic Trackpad 2 is offered in classic silver or space grey to match your Mac. Just don’t be shocked at the price tag – the best Trackpad for Mac doesn’t come cheap.