Home News The age of human exploration is behind us. Machines will take it...
News

The age of human exploration is behind us. Machines will take it from here 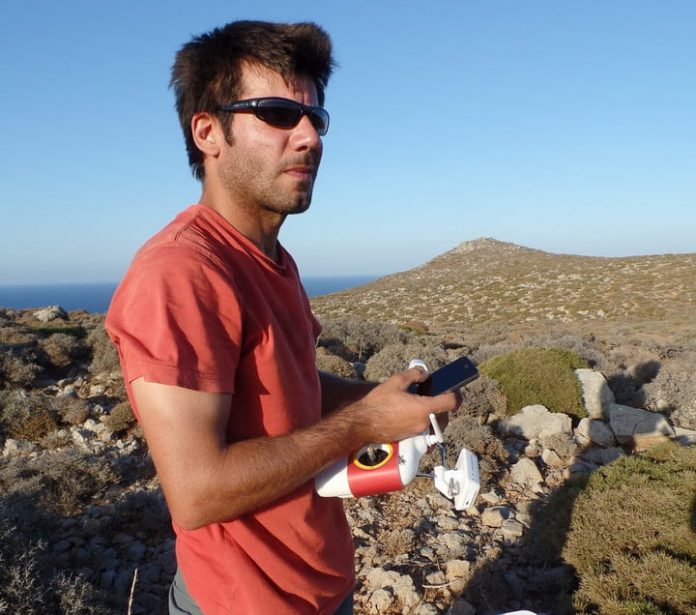 Located on Crete’s east coast, Palaikastro is known for herb-filled mountains, fresh water springs, and numerous historic sites. During the Bronze Age, around 2000 B.C., the scenic locale was a center of trade. Although some vacationers currently come to see the town’s sycamore trees, seaside views, and Minoan architectural ruins, the town of 1,100 remains far off typical tourist routes.

Dr. Hector Orengo didn’t come here to see the usual sights. He trekked here with a team of archaeologists to look closely at the ground — to see things that can’t be seen with the naked eye.

“I was able to see a landscape that was literally invisible”

There are a lot of hypotheses about how the complex Minoan civilization started. The proof for some of those theories can be found on, in, and under the soil. To understand life thousands of years ago, Orengo needed to make a high-resolution topographical map of the landscape that would show small deviations in the field surface.

“Many of these changes aren’t visible because they may only be a few centimeters high,” he says.

The scholar from Spain’s Catalan Institute of Classical Archaeology is just one of many researchers turning to drones and robots to peer into the hidden world. Most high school students think of the Age of Exploration as the time period between the 15th and 17th centuries when European men with pointy beards and pantaloons sailed around the planet, ordering up silk and spices. Yet drones and robots are ushering in a new era of investigation, enabling mankind to go farther out in space, dive deeper down into the ocean, and even uncover new facts in places where researchers have looked many times before.

Orengo’s team flew drones over Palaikastro’s brush-covered meadows, taking a series of pictures that would help build a digital, 3D reconstruction of its ancient landscape. Even just a handful of years ago, such topographical maps were made with a team slowly walking over a site, snapping pics and scribbling notes.

“It saves a lot of time,” enthuses Orengo.

While unmanned vehicles have made several notable discoveries over the decades, such as the remains of the Titanic in 1985 and signs of microbial life on Mars in 2013, they’re becoming accessible to more than just government and venture capital-funded missions, making it possible for citizen scientists, startups, and academics to chart new territories.

Not long ago, a drone rediscovered a hibiscus wildflower long thought extinct on the cliffs of Hawaii’s Kalalau Valley. Robots have discovered cusk-eels and lollipop catsharks deep in the Gulf of California where the oxygen concentration is less than 1 percent of what’s on land.

Using a combination of drone photography, satellite data, and computer algorithms, Orengo’s team built a model of the terrain and then filtered it for “micro-topographies.”

“With this methodology, I was able to identify field systems, terraces, and structures that were not visible without the drones and high-resolution topography,” he says. “I was able to see a landscape that was literally invisible. This landscape had very important clues to how the civilization behaved. The kind of economy they had.”

In a paper published in the American Journal of Archaeology, Orengo used his team’s findings to propose a new theory about how the Minoan city emerged. While many historians believe the civilization was based around agriculture, Orengo found a landscape that was designed, divided, and arranged for a sheep-based economy.

“It was pretty different from what people had assumed up to then,” he says. “The drone helped us to see things we couldn’t have seen otherwise.”

Exploring the past, present, and future

Drones not only enable us to look into the past, but also the present and the possible future. NASA has sent drones and robots into volcanic tunnels and martian craters.

“Robots will allow us to explore places 100 or 200 or 500 years before we would ever be able to do it in the flesh,” says Aaron Parness, who previously led NASA’s Extreme Environments Robotics team. “They will also allow us to go places where it’s impossible for a human to survive.”

NASA has plans for sending rovers to planets and moons in the far reaches of the solar system. In the meantime, the organization’s robotic research has impact on the mother planet. Earth science has long been a part of its prime directive.

“The robots we have on Mars today are incredible, but they drive on flat slopes and aren’t designed to go to extreme terrains.”

New robots and drones are often inspired by members of NASA’s Jet Propulsion Laboratory asking scientists a simple question: “What is the data that you wish you had that you can’t get?” Responses included a team of NASA volcanologists explaining how they’d like to see into fissures that worm through hardened lava into the molten pools. These openings may only be 25 centimeters wide.

“We would say, ‘We think we can build a robot that can descend down into these volcanic vents and then use an Xbox Kinect sensor that will map all of the structure on the way down,’” explains Parness. Tested at Hawaii’s Kilauea volcano, these bots are able get a close-up look at how magma flows up through the crags to the earth’s surface. The reconnaissance droids will also have interplanetary applications since dormant and active volcanoes have been spotted on Mars, Mercury, and the moon.

For some volcanoes and other peaks, the challenges aren’t just heat and lava, but ice and carbon dioxide. NASA’s Extreme Environments Robotics team developed the IceWorm to clamber up glossy surfaces. Ice screws jut out of the robot’s feet, and a pressure sensor instructs its brain on how hard to drill to maintain balance without chipping the surface. The legs can bore into ice and retrieve samples. Such a resilient machine might also scurry inside of a glacier to survey how fast it’s melting. And yes, there is also plenty of ice to be scaled on other celestial bodies such as Enceladus, the sixth moon of Saturn, and everyone’s favorite dwarf planet in the Kuiper Belt, Pluto.

“The robots we have on Mars today are incredible, but they drive on flat slopes and aren’t designed to go to extreme terrains,” explains Parness.

LEMUR inspired by a gecko

To traverse treacherous contours, the Extreme Environments Robotics team developed LEMUR (Limbed Excursion Mechanical Utility Robot), which was originally envisioned as a repair assistant for the International Space Station. The four-limbed creaton blossomed into a climbing reconnaissance bot that could scale jagged verticals and identify microbial life forms. As part of a field test, the LEMUR ascended a slope in Death Valley, using laser pulses to determine a viable pathway.

“We went to the moon 50 years ago, but it wasn’t until 2010 that we had good enough data to realize that there are giant holes on the surface of the moon.”

The LEMUR’s feet have innovative grippers, inspired by “the world’s most agile climbing animal,” the gecko. As Parness explains, gecko feet have millions of tiny hairs that utilize van der Waals force to make it possible for them to seemingly defy gravity — climbing trees, rocks and, if you’ve booked the right vacation accommodations, your hotel room wall. NASA’s iteration of gecko feet, made with steel instead of hair, can stick onto surfaces regardless of temperature, vacuum, air pressure or radiation.

Still, Parness acknowledges Mother Nature as the original innovator: “If the gecko didn’t exist, nobody would have come up with the idea.” The innovative mechanical feet also have practical applications. One company has licensed the patent for the gripping functionality and licenses it for use on assembly lines and other types of industrial production.

Drones and robots are quickly becoming more commonplace for researchers in numerous exploratory fields. Orengo publishes detailed papers about his teams’ methodologies in hopes that other archaeologists will pick up on how to use the tools. A recent work, for example, explained ways to use drone photography to map and categorize pottery shards (potsherds), which can be key to understanding the layout of an ancient town.

While Parness works these days at Amazon (on a project that’s currently under wraps), he’s waiting to hear back from NASA on funding for a mission he helped propose named Moon Diver. For it, robots will be dropped onto the celestial body that will then lower themselves into tunnels beneath the surface to beam back pictures and data.

“We went to the moon 50 years ago, but it wasn’t until 2010 that we had good enough data to realize that there are giant holes on the surface of the moon,” says Parness.

The researcher envisions a future in which drones are deployed regularly. “When you talk about the solar system, I think we know about the first three pages of the book about it. There’s so much more to learn and discover,” he says. “As soon as you learn these things exist, the human impulse is to go explore.”

How to watch the Apple iPhone 12 event on October 13

Apple’s upcoming Hi, Speed iPhone 12 launch event is happening on October 13, and you have a ringside seat. We give you all the options for how to watch.
Read more

Diving into Genshin Impact? Here’s how to be successful early on

Need a beginner's guide to Genshin Impact? Look no further. Here's how to succeed in the first few hours of
Read more

Can I pair PS4 or Xbox One controllers to Genshin Impact on mobile?

Best answer: No, as of right now Genshin Impact does not officially support controllers for the mobile or tablet
Read more

Here are nine of the best antivirus software solutions currently available. Bitdefender Antivirus Plus gets my top vote this year,
Read more