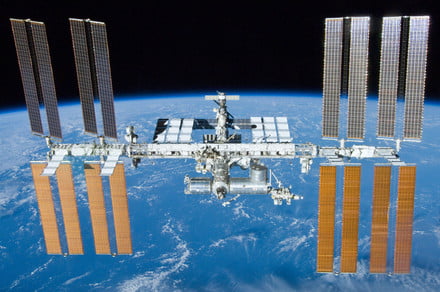 SpaceX announced this week that it plans to take three tourists to the International Space Station (ISS) as early as next year.

The company has teamed up with Houston-based startup Axiom Space, which will coordinate the mission using SpaceX’s reusable rocket system.

The private citizens will travel to the ISS aboard SpaceX’s Crew Dragon capsule, which is in its final stages of testing ahead of missions some time this year transporting NASA astronauts to and from the space station. A fourth seat will be given over to an Axiom-trained astronaut who will perform flight commander duties, and also supervise the tourists during their eight days on the ISS.

Neither SpaceX nor Axiom has revealed ticket prices, but according to The New York Times, Axiom has previously said that a seat would cost … wait for it … $55 million. Yes, you read that right. $55 million. Axiom will reportedly charge $35,000 a night for staying on the space station, with most of the $55 million fee going to SpaceX for the use of its transportation services.

And reports suggest one seat has already been sold, though the identity of the buyer is yet to be revealed.

Axiom CEO Michael Suffrendini said the space tourism flight would represent “a watershed moment in the march toward universal and routine access to space,” adding, “This will be just the first of many missions to the ISS to be completely crewed and managed by Axiom Space — a first for a commercial entity.”

SpaceX and Axiom aren’t the only companies aiming to offer space tourism services. Blue Origin, owned by Amazon founder Jeff Bezos, and Virgin Galactic, backed by billionaire entrepreneur Richard Branson, are two other companies eyeing similar services, though their planned flights would only last 11 and 90 minutes respectively, and take passengers to the Karman line 62 miles (100 km) above Earth, the point generally regarded as where space begins. The ISS, on the other hand, is around 220 miles from Earth’s surface.

SpaceX has also talked up the idea of moon missions for space tourists in the coming years, even taking a booking from a Japanese entrepreneur. But little has been heard of that proposed mission since it first hit the news in 2018, leading many to wonder if it will ever really happen.

The SpaceX/Axiom mission, on the other hand, is a far more realistic proposition as the equipment needed to make it happen is pretty much proven and ready to go. Indeed, SpaceX is expected to use its Crew Dragon capsule for its first astronaut mission to the ISS in the coming months, followed by the launch of tourist trips next year.

“Since 2012, SpaceX has been delivering cargo to the International Space Station in partnership with NASA and later this year, we will fly NASA astronauts for the first time,” SpaceX president and chief operating officer Gwynne Shotwell said this week. “Now, thanks to Axiom and their support from NASA, privately crewed missions will have unprecedented access to the space station, furthering the commercialization of space and helping usher in a new era of human exploration.”

The SpaceX/Axiom announcement comes just weeks after SpaceX unveiled another partnership — with Space Adventures — for a five-day space experience that will reach an even higher orbit than the ISS. The service, which wouldn’t dock at the space station, could also launch next year.

It’s certainly an exciting time for moneyed folks looking for the ride of a lifetime. The rest of us, it seems, will have to make do with Six Flags.

Whether you're a Windows or Mac person, these 4th of July laptop deals have something for just about everyone.
Read more
News

At its lowest price ever on Amazon, the Razer Blade 15 is not just one of the best gaming laptops you can buy.
Read more

How to watch Catfish online: Stream all 144 episodes for free

With heaps of drama and plenty of laughs, MTV's classic Catfish series is available to stream for free online.
Read more

How to watch Sons of Anarchy online: Stream all seven seasons for free

Here's how to binge all seven seasons of the popular FX crime drama Sons of Anarchy for free or cheap online.
Read more

How to watch The Handmaid’s Tale online: Binge the dystopian drama for free

How to reset and deregister an Echo Show

Selling your Echo Show? You'll first want to delete the device from your Amazon account. We'll show you how.
Read more