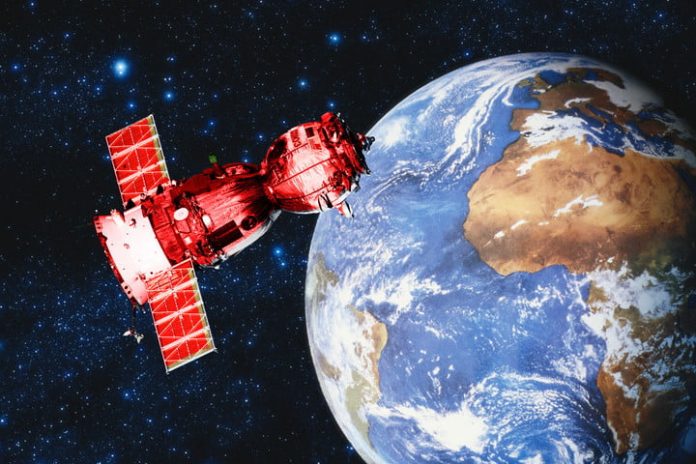 “The bottom line,” said retired three-star general Chris Bogdan, “is that we want to learn how to fight in space. Just as we know how to fight on air, land, sea, and, in some respects, in cyberspace. Space is a new warfighting domain. Our job is to try and help the Department of Defense to become space warfighters.”

Bogdan knows a thing or two about militarized combat. Over a 34-year career in the U.S. Air Force, Bogdan rose from a test pilot, flying no less than 30 different aircraft types, to the rank of lieutenant general. For the last five years of his career, before he retired in July 2017, he was program executive officer for the F-35 Joint Strike Fighter Program for the Air Force, U.S. Navy, U.S. Marine Corps, and 11 allied nations. He has one of those grizzled, no-nonsense voices which suggests that he’s forgotten more about warfighting before breakfast that day than you’ve ever known in your entire life. On balance, that’s probably not a bad guess.

Right now, Chris Bogdan is worried about satellites. But not for the same reason that many people are. Recently, satellites have gotten a bum rap. Astronomers have sounded the alarm regarding the plan of individuals like Elon Musk to launch enormous, sky-blotting mega constellations of satellites. Bogdan doesn’t seem to be so tied up in knots about extra stuff being shot into space, however. Instead, he’s far more concerned about the stuff that’s already in space being shot down. Or, at least, being tampered with.

He’s particularly uneasy about things called hunter-killer satellites, deployed by one of the United States’ “pure adversaries,” being used to screw with America’s network of “space assets.”

A new kind of threat

“What we’re most concerned about is what we call conjunction,” Bogdan said. “That’s a space term describing two things colliding in space. But you don’t need to actually hit something in space to affect it or reduce its capability. You can fly a hunter-killer satellite close enough to a satellite that you can disrupt maneuvering or its electro-magnetic field to do a host of different things.”

“You don’t need to actually hit something in space to affect it or reduce its capability.”

How far away from deployment does he think these hunter-killer satellites, developed by those who don’t have America’s best interests at heart, might be? “I believe they’ve already been deployed,” he said.

Another possible threat is an anti-satellite missile fired from the ground. Several nations, including China, India and Russia, have demonstrated such weapons as a show of force. “We know that our adversaries have [them],” Bogdan said. “They’ve proven it.”

The effects of taking out a satellite

In a James Bond movie like 1995’s GoldenEye, satellites are used to threaten the Earth by blasting targets from orbit using something like an electromagnetic pulse weapon. However, while that might look more sexily destructive on screen, a satellite which destroys other satellites has the potential to be just as harmful, perhaps even more.

From a military perspective, today’s satellites offer a host of critical use-cases. They carry out worldwide sensing and imaging. Space-based communications are also crucial for our ability to pass information around the world, whether that’s in the form of voice comms or data. Then there is GPS, the Global Positioning System, which lets people (including the military) gain quick and accurate information for estimating the speed, time, and exact location of objects or humans. Any one of those three — sensing, communication, or GPS — gets disrupted, Bogdan said, and the United States is put at an enormous “warfighting disadvantage.”

Such an offensive action has, fortunately, never been taken. But we have some idea of what the effects might be. In January 2015, the U.S. Air Force took one of its GPS satellites, out of a constellation of a couple dozen, offline. Somehow a fractionally wrong time was accidentally uploaded to the others. The results caused 12 hours of severe problems. Global telecommunications networks risked failing. Radio equipment belonging to police, fire and EMS departments in parts of the U.S. stopped working. BBC digital radio was knocked out for a couple of days for many people, and an anomaly was detected on electrical power grids. All from a time discrepancy of just thirteen millionths of a second.

Knock out one military satellite used for a crucial task like GPS or communications and the results would be extremely problematic. Knock out several in quick succession and it would be nothing short of a disaster.

You might, of course, ask why this issue hasn’t been more heavily publicized before. After all, the United States launched Explorer 1, its first satellite, into space on 31 January 1958. Since then we have ramped up our reliance on these orbiting objects with every passing year. Today, there are in the order of 2,000 active satellites in orbit belonging to both governments and private industry. More are going up all the time.

The answer is that people did worry about this risk, although never before have we relied on our constellation of satellites to quite the extent that we do today. However, space was designated off-limits by those in power. On 27 January 1967, two-and-a-half years before the first moon landing, delegates from Moscow, London and Washington signed an agreement called the Outer Space Treaty.

Today, there are in the order of 2,000 active satellites in orbit belonging to both governments and private industry.

This multilateral convention deigned to lay out guidelines that would quash any disputes about the future allocation of spatial and material resources found in outer space. The other objective of the Treaty was to prevent the Cold War arms race from spreading into space. In doing so, it solidified a previous 1963 treaty prohibiting nuclear explosions in outer space; expanding this to cover other military uses of space. The agreement, largely unchanged, has stayed in place for the 53 years since.

“For decades, the United States believed space was a sanctuary,” Bogdan said. “We didn’t look at space as a war-fighting domain, and we felt that no-one would [ever] threaten our space assets.”

But he’s no longer convinced that such an agreement is being upheld. “We have critical space assets and capabilities today that for decades we thought didn’t really need to be protected. Well, our adversaries didn’t think that way,” he continued. “Our pure adversaries, China and Russia, for quite some time now have recognized that space is — and will be — a war-fighting domain. They’re going to try to limit our space capabilities in an asymmetric kind of way if we ever get into conflict with them.”

So what’s the answer? Reducing our reliance on satellites isn’t really an option. While backup systems are important to build and develop, satellites are simply too valuable to avoid relying on. Since leaving the U.S. Air Force, Chris Bogdan has joined Booz Allen Hamilton, a strategy, technology and engineering consulting firm. Bogdan heads up the firm’s aerospace business, which includes developing “transformational solutions” for the likes of NASA and the Department of Defense.

At present, he said, the firm is working to develop artificial intelligence (A.I.) software which can be used to provide early warning notice about the movement of potential hunter-killer satellites as well as anti-satellite missiles. These systems, which employ data analytics and machine learning algorithms trained on some 40 million data sets of satellite movements, can reveal whether a satellite is being manipulated. It can also predict where other satellites are headed to offer up to a week’s notice about the trajectory of potential threats.

“Our models let us look five to seven days ahead of maneuvering satellites,” he said. “[That’s important because] with everything in constant motion it might not immediately be apparent what that satellite is going to go after.”

Once the system has figured out everything that’s at risk as satellites move into different orbits, it then generates a list of potential actions that can be taken. The risks and rewards of these actions are calculated and a score assigned to them between 0 and 100. The challenge, Bogdan said, is that each time you move a satellite it shortens its operational lifespan. Moving a satellite out of its regular orbit may also stop it from being able to properly carry out the job it was designed to do. Like a defensive boxer, the goal is therefore to react to possible threats without expending more energy than is absolutely necessary.

“Ultimately you want a course of action that will protect your assets, while at the same time minimizing all those bad things,” he said.

A new era of space war

Booz Allen’s system is currently in development. Once it is complete and the infrastructure is in place to support it, Bogdan hopes that it will be adopted by the recently reactivated United States Space Command, who will incorporate it into their space war fighting center, the National Space Defense Center, in Colorado. They will then be able to use it to identify potential threats and react accordingly.

The U.S. Space Force hasn’t exactly been expansive on how it will defend America against space-related threats. Bogdan was cagey about detailing the “certain capabilities” that the Department of Defense has available to it in this domain. Such strategies, he said, might include building more reactive satellites along the lines of the defensive capabilities of Bogdan’s beloved F-35s, which can react to threats automatically without the pilot having to tell the aircraft to do so.

Another approach could involve going “on the offense to play the defense” by deploying its own hunter-killer satellites (hunter-killer-killers?) to conjunct or intercept with adversaries.

Right now, Bogdan asserted, the U.S. is “kind of in catch-up mode” when it comes to the subject of space warfighting. Thanks to the work of companies like Booz Allen, we could be in for a whole new era of militarization of space. Needless to say, if what he hypothesizes turns out to be accurate, we’re in for a whole new era of futuristic warfare. For better or worse.

“What needs to evolve now are some rules of engagement about what constitutes a risk and what constitutes an act of war,” he continued. “Lots of people are thinking about that, but I don’t think it’s very mature.” One thing’s for sure, though. “The rules up there are going to be very, very different to what they are [down on Earth],” he said.