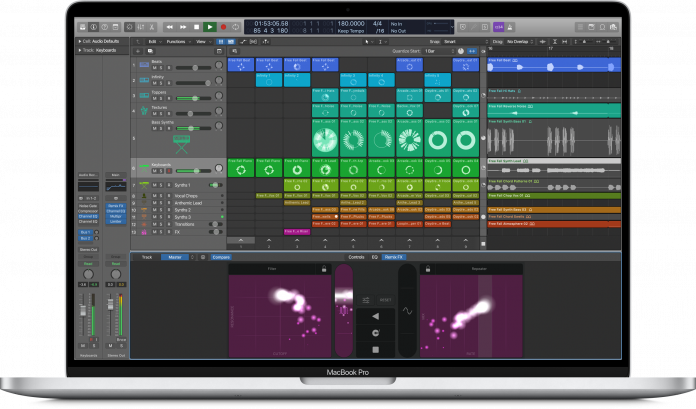 A seemingly unreleased version of Logic Pro X has appeared on Apple’s education site, as spotted by a Reddit user.

At present, the only way to use Live Loops in Logic Pro X, albeit with substantially less functionality, is to share a Live Loops project from GarageBand for iOS. Live Loops was added to GarageBand for iOS in January 2016, as a new feature for creating music by tapping cells and columns in a grid to trigger different looped instruments and samples. Live Loops includes a library of Apple-designed loop templates in multiple genres, including EDM, Hip Hop, Dubstep and Rock, or you can create your own. Since then, Apple has introduced downloadable Sound Packs to expand the Live Loops sound library.

Logic Pro X was last updated three months ago with version 10.4.8, which included minor bug fixes. Apple tends to update Logic Pro X around every three months, which gives further credibility to the likelihood of an impending update.